The sight of blood-soaked bodies including a middle-aged mother lying face down in a pool of blood on the streets of Harare having been shot in the back by a Zimbabwean soldier provided the sickening signal that hopes were dashed for the millions desperately hoping for relief from 38 years of brutally despotic misrule. Far from a fresh start it now appears bad may get worse and a potential economic powerhouse will become a fully-fledged failed state. If this lady had been killed by white soldiers the world community would be in an uproar and the UN Security Council would be involved but this was black-on-black so expressions of ‘regret’ and ‘calls for calm’ are the order of the day.

I watched this human tragedy unfold with mixed emotions; anger, sadness and frustration but also quite convinced that the catalyst for this killing was the Mugabe ordered land-invasions that drove roughly 4,000 European farmers off their land and triggered one of the most rapid economic collapses in history. The country has never recovered and now it seems it never will; over 90% of the working class are unemployed and life-expectancy is one of the lowest in the world. 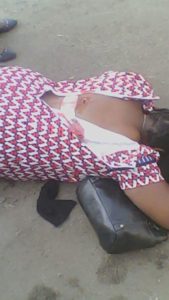 Astonishingly, at the precise moment the gruesome killings were underway in Zimbabwe the headline news in South Africa; greeted with wide-spread jubilation was to the effect that the country’s leadership has elected to follow exactly the same path! President Cyril Ramaphosa has reaffirmed his earlier statements and the country will proceed forthwith to amend the constitution and commence the confiscation of property without compensation in the great Mugabe-inspired tradition. While some spin the pronouncement to alleviate fears that this is a racially motivated development there is little doubt the targets are and will be the white farmers. Moletsi Mbeki, author, intellect, respected political pundit and brother of former President Thabo Mbeki says: “This is not about land it’s about the loss of votes by the ANC… They think they can bring back the voters who are abandoning the ANC by attacking the white population. It’s an attack on the white citizens of South Africa.”

R.W. Johnson, Rhodes Scholar, Oxford Historian, celebrated author and highly respected political commentator has recently penned a piece titled; ‘Is South Africa About To Fall Apart?’ Sensible people cannot afford to ignore what this man says and his prognosis is grim. Citing examples he points out that in the post-colonial era, in most countries, tiny elites have grabbed almost all the wealth and impoverished their people while wrecking the inherited infrastructure and points out that, “.. when the ANC elite came to power (under Nelson Mandela) in South Africa they were taking over the richest country on the African continent. The result has been a feeding frenzy which no Senegalese, Ghanaian or Congolese could ever have dreamed of. In a nutshell,” he writes, “the South African black elite has been involved in a vast, continuous feast for the last 24 years.” He paints a frightening picture of the scale of the country-wide corruption and the collapse of governance structures leaving much of the citizenry destitute and dangerous in their desperation to survive and provide for their families. He states that when Mandela took power promising jobs for all there were 3.7 million unemployed, now there are 9.4 million seeking work. He emphasises that nobody now seriously disputes the fact that health, education and law-enforcement were in better hands under the previous government run by the Afrikaner Nationalists.

Many ask if South Africa is going the same way as Zimbabwe; the terrible truth is it is almost certainly going to be far worse. Millions of poor people, born and bred in violent, lawless neighbourhoods, exposed on a regular basis to massive wealth disparities they associate with race are straining at the leash, waiting for reckless politicians to unleash them and commence the popular rising that will license them to loot, pillage and destroy a country that will certainly involve a bloodletting of terrifying proportions. Africa’s greatest economic collapse and racially motivated genocide may soon be at hand. And the destruction of the last, large, functional economy in southern Africa will have a disastrous impact on an entire sub-continent that relies massively on the country’s infrastructure; ports, roads and manufacturing power.

Some people; mostly whites, hang on to the ‘too big to fail’ argument; the country is too big, too rich, too developed and too important for the world to allow its destruction. They are almost certainly wrong. The entire world sat on its hands and fretted when close to a million Rwandan Tutsis were slain in 1994 and there has been little meaningful, Western intervention in any southern African country in the post-colonial era. Why should South Africa be different? This is largely a result of a pernicious international media campaign that has for decades, vilified the European in Africa and steadfastly refused to tell the world the truth about the real villains that have wrecked the region and delivered little but murder, mayhem and grinding poverty upon their people. Thanks to them the decolonisation process which they championed may go down as the greatest socio-economic catastrophe in history. 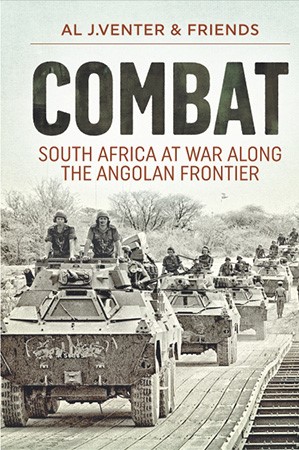