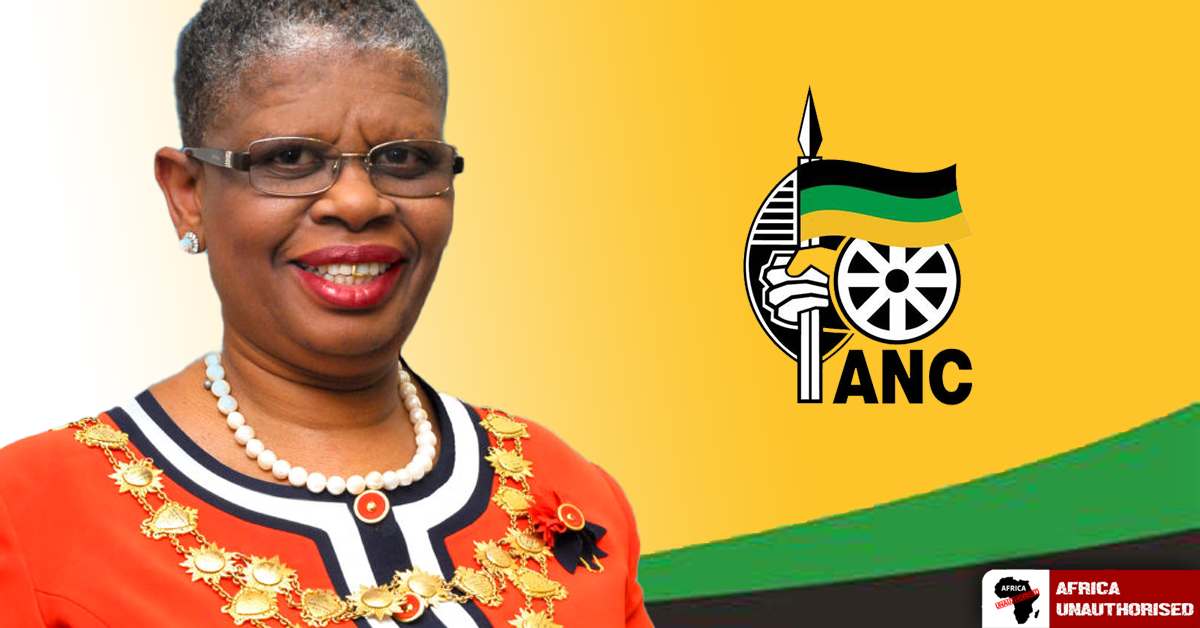 The largest ANC branch in the country is eThekwini (Durban Metro, to you) and there this past weekend a vitally important vote took place to see who would lead the region for the Party. Well, the bad news for the Ramaphosa faction is that fraud-accused Zandile Gumede, the ex-Mayor of Durban, she who is facing 2,786 charges of fraud and corruption, was made to step aside several months ago from her Mayorship because of pending serious corruption charges, won. And with her winning, so did her entire ticket.

This Gumede RET-grouping win is seen as a victory for Zweli Mkize —the former Health Minister who is also on a step aside ruling out of the ‘in-crowd’ in the ANC. It seems that Mkize is going flat out to become the next leader of the Party and so the next President of SA. Mkize, on suspension, has been going around talking to branches and is seen as a direct threat to Ramaphosa’s leadership of the ANC.  Helping his cause, on Monday Parliament’s ethics committee cleared the former health minister of contravening the MPs’ code of ethics in relation to the Digital Vibes scandal. But he is a long way from clearing his name. The SIU (Special Investigation Unit) is going ahead to recover R5 million from the Dr and his family.

The race as to who will lead the ANC, (and the country) as you can see is still wide open and will be decided after the coming year-end elective conference. We can expect some serious politicking in the months ahead.

If Gumede can head up an ANC region, what stops the party from returning Ace Magashule to his position as Secretary General?

Ace is appealing his sentence that refused him to have charges against him dropped by the Bloemfontein High Court. He has made it quite clear that he wants his job back at Lethuli House. And has that liar, Bathamile Dlamini given up any of her leading positions in the ANC structures after having been guilty in a court of law?…….. Don’t be silly. This is Brandan’s view of the weekend’s news from Business Day of Gumede side-stepping the ANC’s step aside rule:

I have consciously not mentioned Operation Dudula before but now I am compelled to highlight what is going on in our Townships. This vigilante movement started in Soweto just after the riots last year and it’s attacks on illegal immigrants are led by a charismatic 35 year-old “Lux” Mohlauli. Lux is a pilot, a professional golfer, a successful businessman, a great speaker and he leads an operation that is growing rapidly. Lux is wealthy, is always seen in military fatigues, usually also wearing a bullet-proof vest and it is obvious that he has political ambitions. He has recently spent time in jail charged with house breaking, theft and malicious damage to property. That will not hinder his political ambitions at all.

Dudula (it means drive-back in isiZulu) is part of the growing xenophobia that is spreading like a plague throughout the country.

Last week in Dieplsloot, a suburb of Johannesburg , a 43 year old Zimbabwean was brutally murdered in front of his wife and children and then burnt to ashes where he lay. He was the 7th “illegal foreigner” to have been murdered in the last three weeks in our townships.

The locals believe that the illegals take the jobs.

Again I ask, as I do every week, where are our police?

Oh, since these murders our police have become good at stopping foreign nationals in Diepsloot and asking to see their proof of identity. But not all immigrants are here illegally. This Nazi-type action was condemned by Ramaphosa on Saturday before his imbizo in Mangaung (Bloemfontein, to you) began. Mangaung, like so many cities and towns in SA has been destroyed by the corruption in the ANC and this point is made by Justice Malala in his op-Ed in the Financial Mail. He goes further in his opinion piece where he asks; where is the opposition when Ramaphosa admits to the shambles that his party has caused. As you can see our situation is sad.

In his weekly newsletter on Monday Cyril called for an end to vigilantism. He pointed out that criminality is not a function of patriotism. This letter is obviously directed at Lux Mohlauli and his followers in Operation Dudula. The reality is that Cyril must stop talking and start doing for anything meaningful to change. There has been no consequences for the vigilantism of Operation Dudula and not one person has yet been arrested for the death, destruction and decimation caused last year with the riots in KZN and Gauteng in spite of Cyril’s promise then that arrests were imminent.

Will Smith is not the only big shot who slaps people while they are doing their jobs. Dudu Myeni was at court on Monday to watch the proceedings in the Arms Deal Corruption trial that got underway in the Pietermaritzburg High Court, where her “best” is Accused No 1. A Sunday Times photographer got too close to her and before you could say Jack Robinson the fellow’s camera was grabbed and thrown to the ground and his knapsack was clawed off him.

As an aside, I did not know that Dudu and Accused No 1 have a child together. But then JZ has so many children I am almost sure he doesn’t remember all their mothers. While Myeni and Carl Niehaus (of course) were in court on Monday, when his trial resumed Accused No 1 was not. But then we all knew that he wouldn’t be there, didn’t we?  Apparently he is in hospital for an unforeseen medical emergency and is there for observation after he complained on Sunday that he suddenly felt unwell. Didn’t I tell you he wouldn’t be in court when the trial resumed.   When it comes to stalingrading this fellow is in a class of his own; his lawyers were in court, though. The trial has now been moved to next month. But this postponement is based on the fact that he has an appeal pending at the Supreme Court of Appeals against Billy Downer who is prosecuting this “arms deal” case against him.  Rico shows exactly how Downer, the prosecutor in the trial has been chasing Jacob Zuma to stand trial for almost 22 years.

Zuma turned 80 on Tuesday and that may indeed be what will eventually save him:

This has been an exciting week for us. Our children have arrived from London and Sydney with grandchildren and the mood could not happier. The Londoners will be with us for two weeks and the Sydney family for a week. What could be better medicine than that?

Our children had a close shave when experiencing a power outage. We were warned on Tuesday and then…….nothing. But we have just been warned by Eskom that the outages will be with us virtually everyday for the next 100 days across the country, starting later today. Rotational load shedding is due to infrastructure uncertainties which is likely to affect us through winter.
All our rechargeable lamps are prepared, the boiling water is in the thermos flask and we are as ready as we can be. This is how we live and I am quite pleased that our kids will experience these outages for a little while, first hand.

The cricket test was hardly a test for the Proteas. They won the second test almost as easily as the first and so wrapped up the series. This time Bangladesh did not complain about the umpires. It is comforting for our cricket fans to note that the win was achieved with nearly half of the usual team away in India making big money in the IPL. An interesting statistic, pointed out by Robin is that in this final test almost all 20 wickets were taken by spinners.

The Saturday sport was a little different because on the couch was the world champion and not the coach. Again it was a dream sporting weekend with Stormers beating their arch rivals the Bulls in a tight, hard fought battle 19-17 at the Cape Town Stadium, which was at least half full. I must say that watching rugby is not the same as it used to be. Even the Sunday Times back page called the game boring with big forwards crashing into each other most of the time. And there are far too many stopages, including too many scrums.

But then Spurs who were outplayed in the first half against Aston Villa scored freely in the second half and won 4-0, and have moved themselves up into that important 4th spot on the Premiership log.