Skip to content
Politics and History The Week That Was 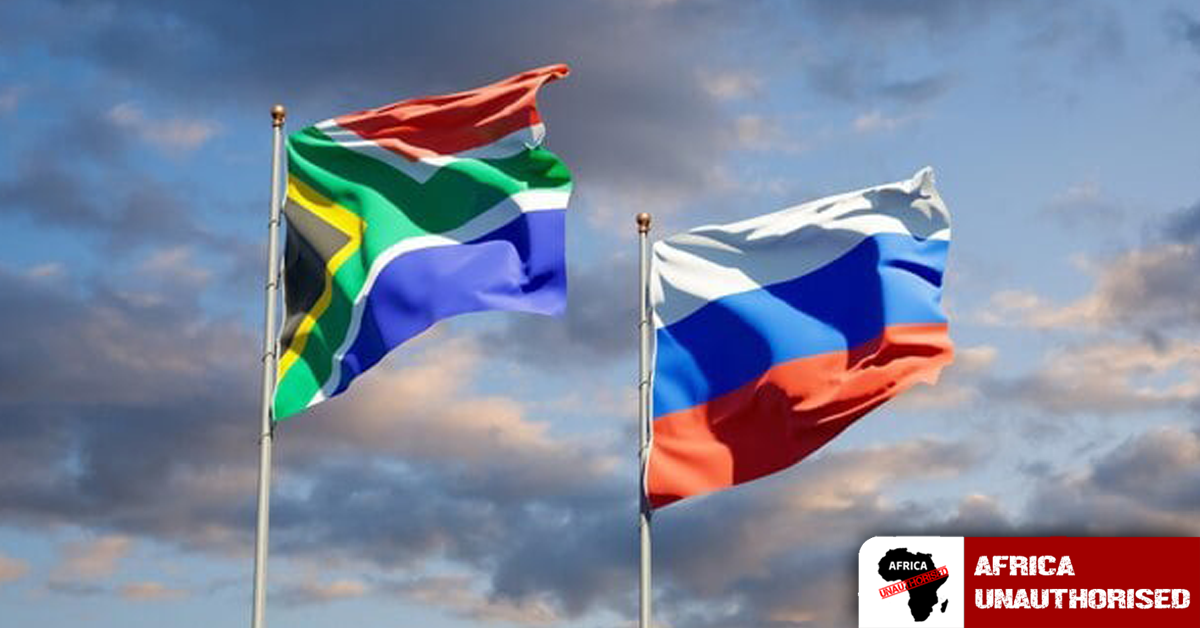 Non-SA news very seldom (other than sport, of course) makes it into these newsletters but it’s hard to start a newsletter at this time without mentioning Ukraine and what is happening in Eastern Europe. The situation is dire and the result could be even more frightening and a large part of every day this week has been spent sitting in front of the TV and watching as the horror unfolds.

Here, at the outbreak of hostilities our Foreign Minister came out strongly suggesting Russia withdraw troops but Ramaphosa immediately showed his colours calling her to order and calling for the Ukraine matter to be added to the agenda for the Monday cabinet meeting. The result of the cabinet indaba is a much watered-down communiqué that in fact makes it clear that SA is on Russia’s side.

When you consider how many ANC cadres were “educated” in Russia during the Apartheid years, that is almost understandable.

Only on Tuesday did we learn that our Min of Defence and all her top officials attended a sumptuous cocktail party at the Russian Embassy on Thursday evening which lasted into the wee hours, the very day of the Russian invasion.

You won’t be surprised to know that SA abstained from voting against Russia in the General Assembly of the United Nations yesterday in the call to end hostilities.

But Ramaphosa is taking flack for his stand. The DA on Monday night shone blue and yellow lights on their Provincial  parliamentarian building in Wale Street in support of Ukraine. The ANC and Al Jamima political parties didn’t like that one little bit and said so. But the young (DA) mayor of Cape Town did like the lit-up building and he has now switched on the Ukrainian colours on the City Hall at night to show our city’s support.

Naturally the press has been full of all these goings on and I give you two quotes from two well-known political journalists, Eusebius McKaiser & Ivo Vegter. McKaiser wrote “You can’t expect the ANC to take a moral stand against Russia. It has no morals”.  And Vegter made the interesting point:

“Even if the takeover of Ukraine eventually succeeds, Putin has set his country back 30 years. The new Russia will be an outcast on the world stage. It will get to trade only with China, North Korea, South Africa, Zimbabwe and Venezuela. It will be isolated and alone”. This is Rico’s cartoon from Tuesday’s Business Maverick showing our position exactly :

The third part of the Zondo Commission Report was handed over to the President on Tuesday. Again it is totally damning. Key players in the gross corruption that cost the this country so dearly are Jacob Zuma and some key ANC stalwarts like Ministers like Gwede Mantashe and Nonvula Mokonyane. The report suggests they (and others) get investigated and prosecuted. It is a serious indictment and hopefully the NPA will have the strength to take these recommendations to their logical conclusion and we will at last get to see these big shots in orange overalls. What they stole and how they lied to the Judge is highlighted and they deserve the very harshest penalties. They MUST be held accountable.

Why hasn’t Ramaphosa applied the step-aside rule to these so deliberately fingered? Could it be that now his faction in the person of Mantashe is now very much in the firing line and without him Ramaphosa’s chance of retaining leadership of the Party at the year-end Congress is doubtful?

Having said that, serious lobbying has begun as the ANC branches start to rev up for their conferences ahead of the big one; the year-end conference that comes every five years to elect the National office bearers for the next term. It looks, from this distance as if Cyril —notwithstanding the early charge from both Lindiwe Sisulu and Zweli Mkize (who has the support of the country’s largest ANC branch)— will win another term but DD Mabuza’s spot as Vice President is already being highly contested with no less than seven prospects vying for the important position. Mabuza apparently asked Ramaphosa to relieve him of duties at the Union Buildings this week to take over from Ace Magashule as General-Secretary of the Party, but Cyril denied him this crucial post where he would have been in charge and control of all the branches.

This race to the year-end Congress is fascinating.

At long last Ramaphosa has gotten rid of the Zuma appointed police chief. If only he would now also get rid of the minster of police as well. The fact that the two of them hate each other didn’t make for a harmonious working relationship, but many think that the wrong official was given the bullet. What has been clear for a very long time, particularly with this tense relationship between the two top shots,m is that SAPS (SA Police Services) is a broken organisation unable to protect the citizens of this country. The new head of police, not yet announced, has a lot of work to do.

The NPA have done well. It has taken time but at last two Gupta brothers (Atul & Rajesh) have been slapped with international Red Notices. A Red Notice is an international wanted persons notice, but it is not an arrest warrant. It is, however a request to law enforcement worldwide to locate and provisionally arrest a person pending extradition, surrender or similar legal action.

For the Guptas and their buddy, JZ, things are now really getting hotter.

While Ace Magashule was in court last Monday & Tuesday for a pre-trial session, his elder son was in another court not too far away defending himself on a tax matter that has also been postponed. Again in this instance one can see that the apple does not fall far from the tree and I was interested to note that the report referred to him as Little Ace and his father as Big Ace.

Twice this week the Public Protector has made news. The Parliamentary Review Committee was given the go-ahead to proceed with her impeachment and removal from office (this could take up to seven months). The NPA is also proceeding against her on two counts of perjury in the matter where they believe she lied in court about her investigation into the Reserve Bank’s loan to Bankorp.

Has she done even one good thing since taking office? And has she paid all the legal penalties that she has incurred in the multitude of cases where she has personally had to defend her actions?

She really is the very essence of who a PP should not be, but she was a Zuma appointee, so what did you nexpect?

It has taken 13 years and much litigation to get Bongani Masuku of COSATU (Congress of SA trade unions) to apologise for his hate speech. His statement issued this week reads “Mr Masuku and Cosatu hereby tender their unconditional apology to the Jewish community and regret the harm caused”

Justice at last for their anti-Semitism.

Schooling has been badly affected by COVID here. Overall, learners have fallen up to 70% of a school year behind the previous groups in Language, and up to 106% of a year behind in Mathematics. Systemic tests have just been completed by our education Dept in the Western Cape and those results show how very important face-to-face learning is.  “What this tells us is that while the country’s education system produces hundreds of thousands of high school graduates each year, their skillset is not competitive in a global context”.

This is a major factor in our world-leading unemployment figures.

The popular film star, Tom Cruise was quite hit in this country but having been photographed all over the show (no, not on Clifton beach) he was not able to do much about the state of the Nation. This was Zapiro’s cartoon from the Daily Maverick, unfortunately hitting the nail on the head again:

For the first time the cost of a litre of petrol is over R21.00. And well over.

After the embarrassing loss to the Black Caps in the first cricket test in New Zealand it was a brave performance all round that enabled the Proteas to draw the series in the 2nd and final encounter. After our wonderful showing against India just a short while ago that first test really was out of character of a side building strongly.

The coach and I were on the couch as usual during the weekend to watch Spurs against Leeds and the Stormers play Connacht at very same time in Ireland. The rugby had a unfortunate tinge to it as it seems the referee was not quite up to standard and Connacht sneaked their narrow win in Galway. Commentators, our captain and the Stormers’ coach all had harsh words for the poor refereeing after the match.

Tottenham had a comfortable win in the Premiership which largely made up for the rugby result and left us in a better mood to enjoy the rest of the weekend. But then on Tuesday evening in the 5th round of the FA cup they were knocked out by a non-Premiership side. Embarrassing!

4 thoughts on “The Week That Was”