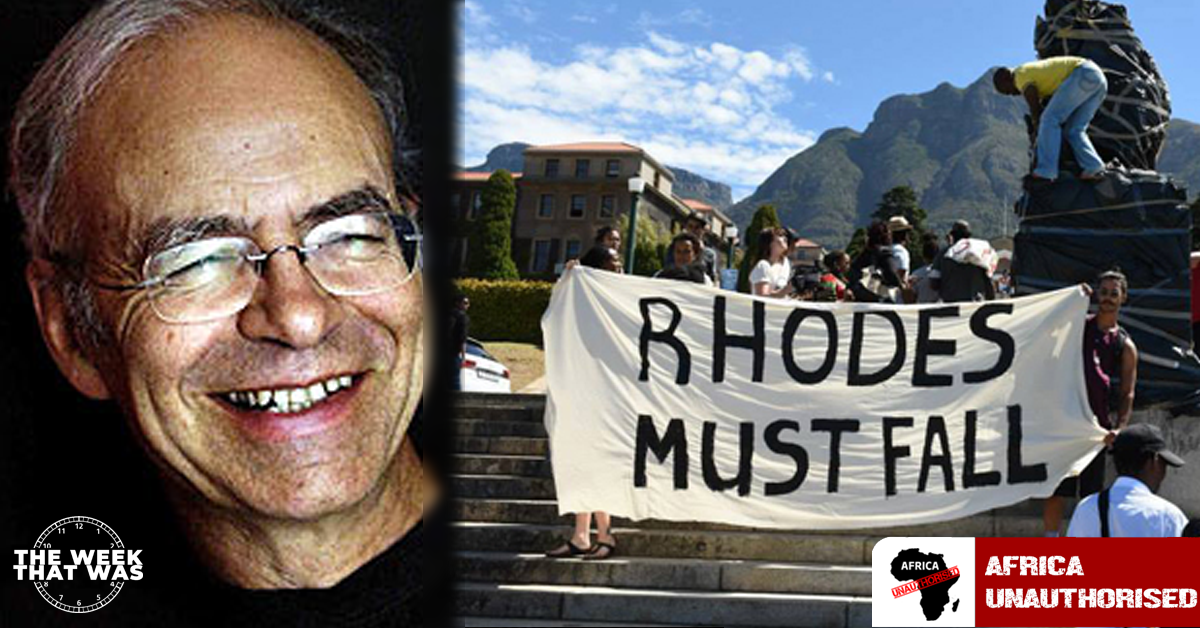 No you’re not making a mistake. It’s not Thursday but this is the  last of my newsletters for a few weeks. My plans have changed and I am going this evening to London to spend a couple of weeks with the 3Ms.

News-wise there has been plenty happening here and I am just so sorry to be missing not only the news as it unfolds with ‘d-day’ for coalitions due by the week end but also I will be missing a planned meeting with the “usual suspects” at the CT Press Club. Professor David Benatar will speak on his new book titled “The Fall of the University of Cape Town”. Benatar says, in his book just published that it all started with the Rhodes Must Fall protests in 2015. According to Benatar UCT is crumbling.  That meeting is one that I really was keen to attend but I am sure that character of note, Dennis will manage to get me a recording.

I will also regrettably be missing the birthday party of the senior ‘usual suspect’, Robin.

Our politics is always vibrant and this week such a lot has already happened.

Thursday was the day that our brand new Finance Minister, Enoch Godongwana delivered his first budget speech to Parliament. Previously Godongwana had been head of ANC economic policy so we really got no surprises. It was the Medium Term Budget Statement and it received mixed reviews. Mostly we got to learn what we know. The State owes too much, far too much. The State pays 35% of its total expenses to its public servants. That’s politics! Then 11% is paid as interest on our massive loans.

What is important is Godongwana’s statement that the government is not going to throw any more money into failing State Owned Enterprises (SOEs). Good news, too was that Godongwana did not pander to the Minister of Social Development, Lindiwe Zulu who had earlier “announced” that the poor will get bigger grants. SA just does not have the money. Anyway commentators want to know what she is doing in cabinet.

We can ask that question about several members of this poorly performing ANC cabinet.

If you think that the cabinet is performing badly what do you say about the majority of our municipalities? (Noticeably not the DA run municipalities) Together the 257 municipalities owe the Fiskus R233 billion. A point was made that not only corruption and incompetence lead to pathetically poor service delivery in so many of these municipalities and are the cause of this  huge debt, but the growing unemployment and expanding poverty are major sources of concern.

They must be addressed quickly to correct the sinking ship of State.

FW de Klerk died on Thursday but I’m sure you knew that. Some of the most prominent academics and journalists, not to mention politicians have vented out about his legacy.  The weekend press was full of this story. As you would expect you have those who are virulently anti De Klerk — Julius Malema was crude and vindictive—and others who think that what he did, when he did it, was impressive and meritorious.

There is no doubt at all that he played a key roll in ending Apartheid and for that we should all be grateful, but he never acknowledged his part in the crime that was Apartheid.

Then there was much debate whether FW should be afforded a State funeral or not. In the end his family decided it would be a private affair for family and close friends only next Sunday. Brandan’s cartoon in the Sunday Times sums up FW’s legacy quite well:

Wilbur Smith, the popular writer died at his home in Cape Town on Saturday. He was 88. He had sold more than 150 million copies of his almost 50 novels that have been translated into 30 languages.

When it comes to Stalingrad tactics Accused No 1 is the undisputed world champion. There is no-one who even comes close to him. Having lost his appeal to have Billy Downer removed as chief Prosecutor in his corruption, fraud, money- laundering and theft trial,(which the Judge has set down for the April next year) Zuma is now moving to appeal that judgement and if the NPA don’t agree to that motion he has promised a private prosecution of that matter. Well, the NPA are going to oppose his motion. This is simply more time (and money) wasting where JZ has very little chance of success. Anyone can see that this is yet another delaying tactic.

Where oh where is all the money coming from to fund the multiple and continuing court motions that Accused No 1 is bringing?

This has been going on for years and years and as the judge said, it is now time for the trial to begin.

But, it seems we haven’t heard the last of it yet…….

ANC national NEC committee member, Senso Muchuno, says the party’s poor results in the recent elections is a direct result of corruption and poor service delivery. Most critics have been loudly vocal about the corruption that has plagued us for years & years and next month Judge Zondo will deliver his findings after hearing the evidence (except Jacob Zuma’s) of so many cadres during his thorough enquiry into the state capture of SA and the corruption that has plagued us. This is a Carlos cartoon hitting the nail on the head again pointing the blame for the widespread corruption at the governing party:

The EFF, as expected  handed over a Mercedes-Benz GLE Coupe SUV worth more than R1.8 million to the king of the AmaThembu. Of course, at the handing over ceremony on Saturday the King urged his people to vote for the EFF to teach the ANC a lesson. And the cost of it—-where did that come from?

The king is a jail bird. He was sentenced to 12 years in prison on charges of arson, assault and kidnapping. He got parole after 4 years in jail.

Malema and Dali Mpofu said the gift wasn’t bribery. They were “with him” in jail when the king was jailed and they are still with him.

Being without electricity is bad but what would you say to being without water for 54 hours? Yesterday, today and tomorrow large parts of Johannesburg are without any water at all. Eight municipalities are affected and they include Soweto, Glenhazel, Highlands North, Yeoville and more than another 100 suburbs and townships, including the central shopping district.

The High Court in Johannesburg has had to cancel all court cases until Thursday because of the Rand Water upgrade  to the Vereeniging plant.

Cop26 has come and gone and the ANC is talking in mixed tongues about our acceptance of a greener planet and the ending of coal power. Listening to our Minister of Mining Resources, Gwede Mantashe speaking you wouldn’t think he even knows what Cop26 was about or that it had just taken place.

Yesterday ANC staff came out in front of Luthuli House (ANC headquarters) to protest about their lack of salaries. They haven’t been paid for months. You can see how much the ruling party misses the Guptas.

This is an on-going matter and there seems no resolution is forthcoming.

The Jewish Board of Deputies has had a full go at Arts and Culture Minister, Nathi Mthethwa. They point out how sloppy and missing he has been when it comes to things like the closing down of the Apartheid Museum and Lillieleafs Farm—how neglected Robben Island is and how he has shown complete disinterest in upholding real issues affecting our arts and culture. Yet when it comes to placating the radical anti-Israel lobby he is there like a flash to withdraw the SA government support to Miss SA.

Miss Universe is not a political event and our winner, Miss Lalela Msiwane is looking forward to taking part where several Arab countries will also be participating. What is clear is that the young lady is being bullied by the Africa4Palestine group and they have mobilised their supporters to go on a massive hate campaign to keep her from taking part.

Oh, Iqbal Survé’s newspapers ran this as a front page story yesterday. Their slant is incredible.

Some good news is that the NPA are nearing the extradition to SA of the Guptas from Dubai. All the necessary paperwork has been done and they are now just waiting for the FBI to give the green light.

I am looking very forward to my ‘England’ catch-ups, some of which I have already planned, but others I will qualify there because I will have plenty of time available.

The coach was with me on the couch to watch the Springboks play Scotland at Murrayfield on Saturday. The Boks won well, but were rather flattered by the score-line. Still we remain unbeaten in our year-end tour and remain the top rated rugby team. This coming week-end, the big one, the Springboks face England at Twickenham.

Then on Sunday the coach was back to watch Australia beat New Zealand in the final of the T20 cricket competition.

An extremely dubious penalty cost Bafana Bafana a place in the play-offs for the soccer World Cup qualifiers next year. We lost 0-1 to Ghana who now go through. The SA Football Association is appealing the penalty decision and is saying that the game needs to be replayed.

Michael (of the 3Ms) has got me a ticket to the Watford vs Man United game at Vicarage Road this coming weekend and I am looking forward to that. 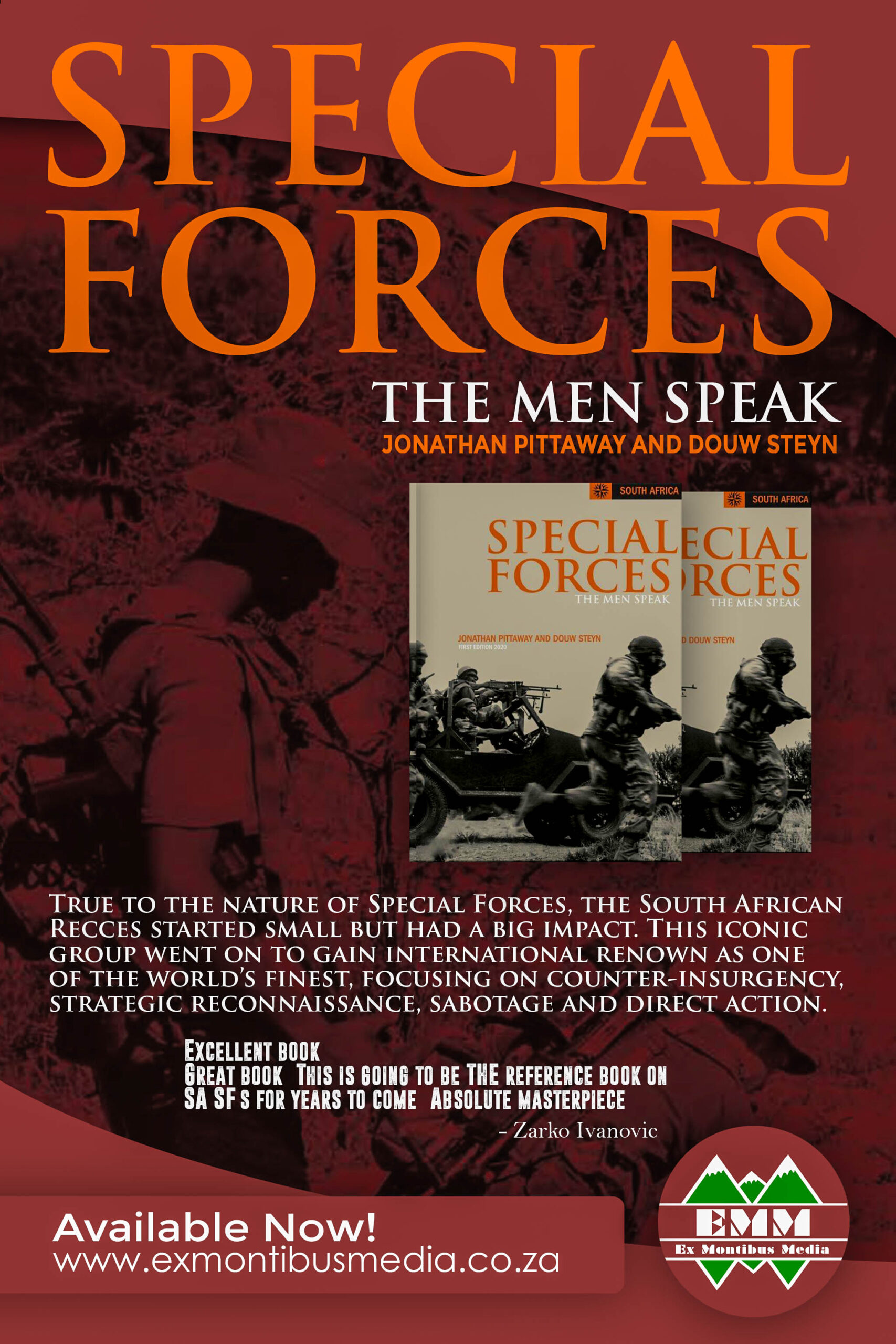 How to give away money, sit on ones hands, and orchestrate a defeat.

The End Of The Great Game