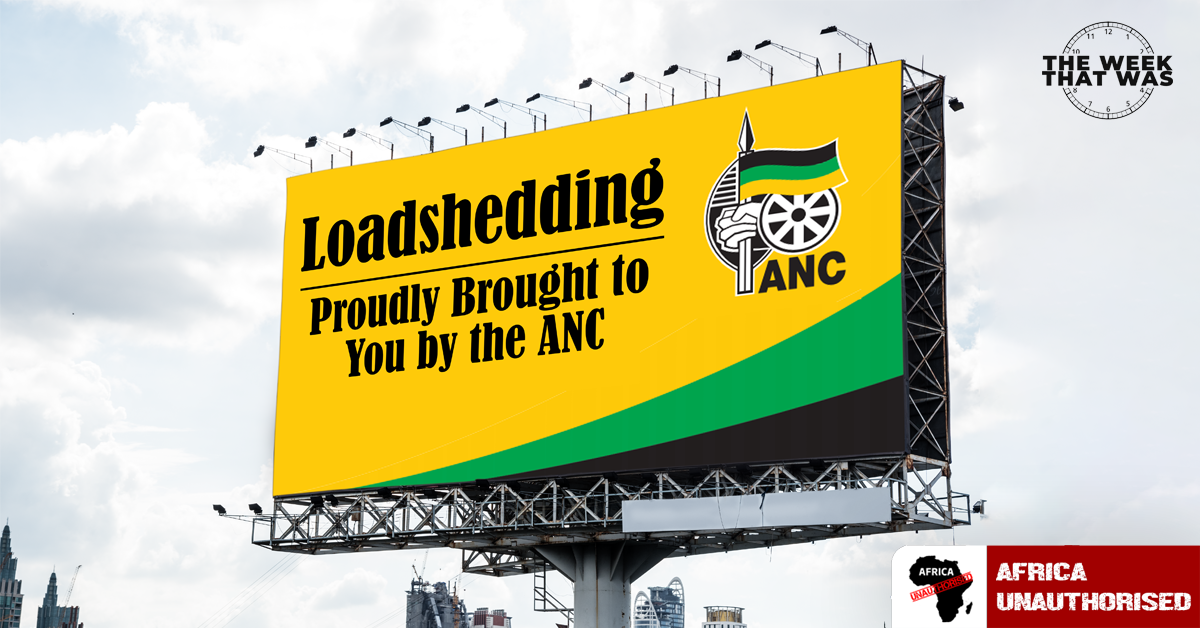 The horse-trading has begun. 66 municipalities are “hung” i.e. there are no outright winners to form the municipal councils and coalitions have become the new buzz-word in our country. The ANC took a pasting and for the first time since Mandela their support has fallen under 50%. Thousands of cadres “employed” by the Party to run the municipalities are suddenly without a job as new councilors from other parties take their place. This hemorrhaging of the party is serious and is likely to escalate even further in the near future.

Typically ‘liberation parties’ tend to lose their support after about 30-35 years and the ANC has now been alone in office for more than 27 years. What is also apparent is that the ANC has become a rural party and the country towns are shrinking rapidly as the poor move into the cities to try to find work.

Then the committee in the ANC that selects the municipal officers is loaded exclusively with severely tainted cadres who have been connected to serious fraud and corruption or with a connection to the Guptas. They are a notorious bunch of RET (Radical Economic Transformation) cadres, mostly of ex-cabinet Ministers lucky not to be in jail themselves.

The pasting the ANC took is graphically illustrated by the fact  that they no longer control Johannesburg or Pretoria or Durban or PE or Cape Town or Springs/ Brakpan/ Benoni (Ekurhuleni).

Remember, it was Accused No 1 who said that the ANC will govern until Jesus returns, but it is clear that Jesus has not been seen in any of our cities or towns where ANC support has dropped to well bellow 50%.

So the question must be asked; will Ramaphosa survive as leader?  Certainly he is being blamed for the worst election results in the ANC history.

Oh, he has a nice smile and is easy to talk to but he is a Wus.

There is a strong RET group in the ANC that is close to Jacob Zuma (Accused No 1) who would love to see the back of Ramaphosa.

Cyril talks a good game but does very little other than talk.

How long have we heard about his job creation? Or has even one person gone to jail for the 367 deaths in KZ-N during the July “insurrection” since he promised to get to the very bottom of the rioting and destruction there?

Do any of Cyril’s promises ever come to fruition?

He promised Sowetans a month ago while campaigning there that he would speak directly with Eskom about their problems.

So did he?  If he goes, as is highly likely who will take over from him?

There really is no obvious successor in the ANC.

But the Party is ready for a serious split. Remember that Cope and the EFF are parties that have broken away from the ANC and look at how many small parties are now out canvassing for votes. This is how Zapiro sees a hung municipal council from Daily Maverick on Monday:

At the funeral of his one time brother in law, Jacob Zuma on Friday railed against the ANC leadership and said if he was not on parole he would have actively participated in attacking the ANC leadership, whom he blames for the Party’s poor performance.

Well, Mr Zuma will be heading back to court soon. The DA have issued a legal challenge to have his parole cancelled.

This could be fun to watch.

Has the demise of the ANC been good for our politics? Definitely. But with the DA also having lost ground there is now a very fluid position with lots of smaller parties in the loop. The most impressive of the smaller parties is Herman Mashaba’s ActionSA. Mashaba was for three years mayor of Johannesburg and was then a DA member. Now he is promising services, is anti the uncontrolled and undocumented immigration over our porous borders and wants to clean up the city. Some call him xenophobic. He could quite possibly even become the mayor of our biggest and richest city again. That would irritate the ANC no end.

The DA do not have a lot to crow about. They too lost ground in the election but did better than most analysts thought they would. Steenhuisen does not have the X-factor that Tony Leon and Helen Zille both have. And the point was made that SA won’t have a white leader for at least the next 200 years, so what is the DA doing about that?

What is likely is frighteningly scary and that is that the EFF will join with the ANC to form coalitions from hell. Malema has already made it quite clear that  expropriation without compensation (EWC) for all land and property in SA must be accepted by the ANC before his party will enter into such coalitions. Malema promises the world like urging his members to have 10 children like their grandparents did and they ,the government, will pay their grants. He also urged the kids to go to university, again promising that his government would pay. It’s totally unrealistic.

What’s even more frightening is that at every single university in this country the EFF is either in control of the SRC or at least very well represented. This is a frightening scenario that most of us have not yet properly considered.

What this portends for our future is depressing.

But thankfully as the voters mature they can see that this bunch of hooligans are nothing more than populists who have very little real chance of governing.

Eskom is a total mess. Our lights are going out up to three times a day every day this week, mostly for a couple of hours at a time. We have been warned to strap ourselves in because the situation at this SOE is dire and will get worse before it gets better.

The Black Business Council (BBC) is calling for the removal of Andre de Ruyter, the CEO but he inherited a failed Utility and is doing his best to correct a hopeless situation.

De Ruyter said earlier this week that he is not going anywhere and he asked; Does it help to change the jockey on a dead horse?

Did the BBC call for the removal of Zuma when the Guptas and his other close cadres crippled the Utility by deviously denuding a once world class operation of its reserves?

What is true is that these blackouts are costing business, big time. The economy shrinks by billions of Rands a day when we have load shedding. This is Brandan’s take on de Ruyter’s position from Business Day yesterday:

With all the publicity, with all the promises that Eskom is doing the best it can, this week we learnt that two employees had been taken into custody and charged with theft and fraud amounting to R1.3 billion! That’s outrageous.

Oh they are now out on bail of R5000 each. That’s like petty cash by comparison.

It’s hard to recall that in 2002 Eskom was rated one of the three top electricity suppliers in the world. It supplied cheaper power than anywhere else in the world.

One unintended consequence of the power outages is that the poor matrics writing their final school leaving exams are struggling. Also the high level of power cuts brings high levels of criminality.

That is highlighted this week by MTN, one of our largest telecommunications providers reporting that power outages cost enormously since at every load shedding cell phone towers get robbed of back-up batteries to the tune of 200 a month.

Later today our new Minister of Finance will deliver his first budget. A medium term budget policy. SA has to spend more to revitalise the economy but where is the money going to come from? Well, there has been a mini commodity boom, but it is tight and he doesn’t have much room to manoeuvre.

Our Public Protector has taken a leaf out of Accused No 1’s handbook and is diligently using delaying tactics to keep herself in office. There is a Parliamentary review of her position taking place that has now been referred to court because she deliberately lied in court to suit her agenda and was exposed as a liar.

There are in fact multiple damaging court findings against her. She belongs with Accused No 1 in prison wearing orange overalls.

Oscar Pistorius, our “blade runner” is coming out of jail on parole having served just 8 years of his sentence for murdering Reeva Steenkamp.

Miss SA has withdrawn from the Miss Universe contest later this year because it is taking place in Israel. So the anti-Semites have won another battle. They are disgusting.

organisation advised that her decision had been reversed and that she is indeed still going to Israel.

The sport over the weekend was unbelievable. The coach and I, on the couch watched cricket, rugby and football and each game was absolutely nail-biting stuff. The Proteas beat the top ranked English team in the T20 Championships in Sharjah, but not by enough and so we are out of that competition but without disgrace. Then the Springboks battled to overcome Wales at their stadium in Cardiff on a cold, rainy evening for the first time in 8 years and then on Sunday afternoon we settled down again to watch Tottenham after we had already watched the Manchester derby on Saturday afternoon.The 0-0 draw was a good reflection of a game that could, actually, have gone to either team.