The ‘Coffin Case’ and the joys of hating ‘Boers’. 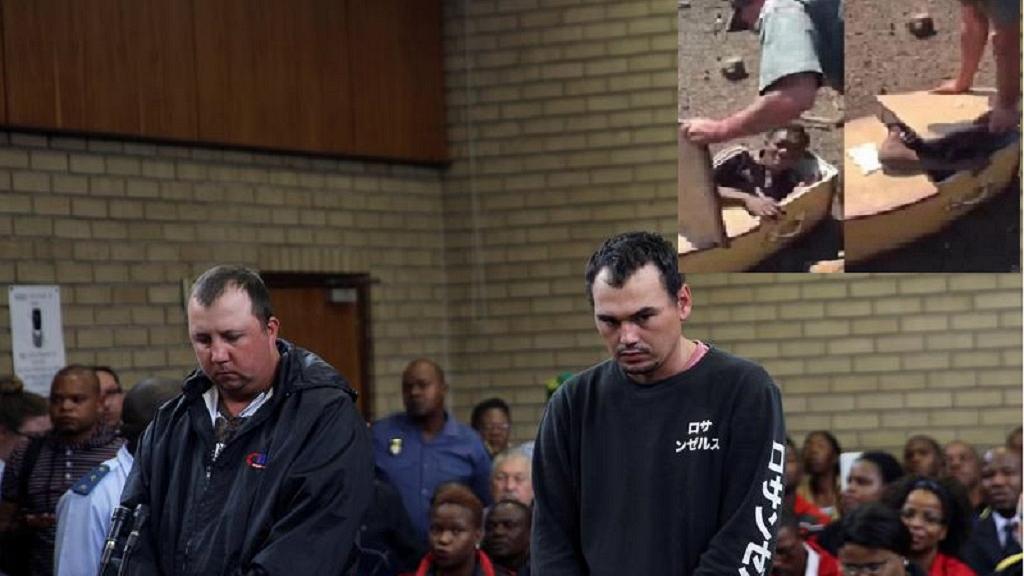 In South Africa the mood across the media and political spectrum is one of jubilation.

On Wednesday last week the Finance Minister announced the country was bankrupt and offered no ideas on how he was going to revive the country’s failing fortunes. The currency is tanking as investors take fright. The press reports almost daily on brazen stealing from the public purse. The president has a battery of lawyers helping him dodge 783 corruption charges. A new book (The President’s Keepers by Jacques Pauw) explains that Jacob Zuma, early in his presidency, was actually receiving a salary from a company owned by an Indian gentleman by the name of Ray Moodley who was in fact his boss for a period of time. So, the South African president was actually employed by Moodley. It goes without saying no taxes were paid on this income. The country’s National Prosecuting Authority is politicised, inept, inert and politically connected criminals are apparently above the law.

On the hustings President Zuma likes to sing one of the ANC ‘liberation’ songs which includes the words: “We are going to shoot them with machine guns, they are going to run . . . The cabinet will shoot them, with the machine gun . . . shoot the Boer, we are going to hit them, they are going to run.” The country is considered one of the least lawful on earth boasting some of the world’s highest rates of violent crime with numbers of dead and wounded approaching what might be considered a low-grade civil war. According to Genocide Watch, the murder rate among South African white farmers is four times higher than among South Africans en masse. That rate increased every month after President Zuma sang his song, for as long as accurate records are available. (The police have been instructed to stop referring to race in their reports.) Being a white farmer in South Africa now rates as one of the most dangerous jobs in the world. Parts of the country are about to run out of water because no new dams have been built. A government minister complained the water shortages were due to the beastly apartheid government having constructed dams too big to fill.

But despite this, across the full media and political spectrum the country appeared to be in celebratory mood. The reason was two white Afrikaner farmers, Theo Jackson and Willem Oosthuizen were sentenced to 14 and 11 years in jail respectively for attempted murder.

In their defence they told the court their farms were failing because of trespass and theft and the police were unresponsive and lackadaisical. On the day of the incident the ‘victim’, Victor Mlotshwa, according to the two accused, was in possession of stolen copper cable and when approached, threatened to kill the families of the two farmers and burn their farms down. Mlotshwa was wrestled into a coffin and told he was to be incinerated. No such thing happened and the defendants insisted they were simply trying to scare him. But that was enough for the full force of the law to be unleashed and Judge Sheila Mphahlele was in full, furious flight. She called the attack ‘inhumane and disgusting’ and handed down an outrageously harsh sentence. Justice Minister Michael Masutha was fulsome in his approval. “We believe that this strong sentence will deter would-be hate crime perpetrators in our society,” he said. The accused’s attorney pointed out that in the widely reported Oscar Pistorius trial, where there was a death and a murder conviction the sentence was six years

Listening to the politicians and the media one could be forgiven for thinking this judgement and the incarceration of these unfortunates was all the country needed to bury its problems. ‘This type of racism has been going on for far too long and it must be stopped,’ was the country-wide message and everyone chimed in with nary a dissenter. The fact that incidents of white on black violence are extremely rare while the reverse is rampant, did not enter the discussion; it would have spoiled the narrative the world loves to read.

All this in the context of some startling statistics. In a country of roughly 60 million people, less than four million pay tax and almost 90% of them are white. The tax base is shrinking as whites take fright and leave and their children are following in large numbers because they are racially discriminated against in the job-market.

Ironically, north of the Limpopo in Zimbabwe, the economic catastrophe that followed the ethnic cleansing of 4,000 white farmers by ‘liberation-war-veterans’ has a recent twist in the tale. Firebrand, ‘war-veteran’ leader Chris Mutsvangwa who played a pivotal and violent role in the purge has called for the return of those he helped force into exile. “We want them (Rhodesians) to be part of the next governance …. this country has been run on a scorched earth policy .. we want it to recover,” he was quoted as saying.

But tragically, it seems no change in attitude or reportage is in sight for South Africa. With the lying ‘mainstream media’ driving the conversation, the moral of the story is, no matter what the collateral damage might be, when all else fails, find a white man; preferably an Afrikaner, and even better, one or two with big beer bellies (Theo Bronkhorst of ‘Cecil the Lion’ infamy was another perfect target) and the pugnacious sheen of the hated ‘Boer’ and clap him in irons, arraign him, humiliate him and then throw him in the dungeons and suddenly, like a national narcotic, all seems swell again.

8 thoughts on “The ‘Coffin Case’ and the joys of hating ‘Boers’.”