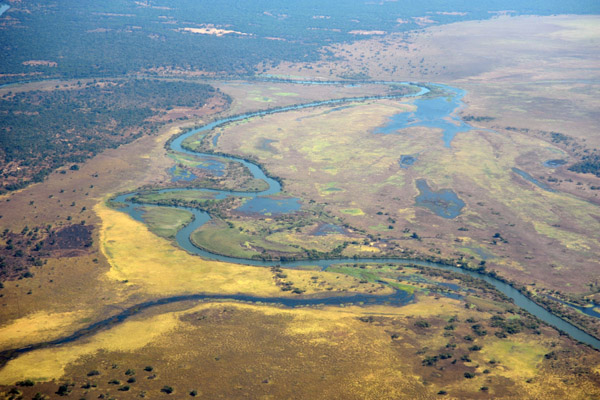 Darrell Watt arrived in the Kafue region of western Zambia in 2003 to take over management of a large tract of wilderness on the eastern boundary of the Kafue National Park. Having attained the rank of captain and served with distinction in the Rhodesian SAS he left the country of his birth in 1980 and enlisted in the South African Special Forces. Unhappy in the South African Defence Force he resigned and became a member of the close security team that protected Rafic Hariri, the late construction tycoon and one time prime minister of Lebanon. It was while in Rafic’s employ that Darrell was dispatched to Zambia to take over management of their newly acquired property that would become known as Mushingashi.

In February 2005, Rafic, along with 21 other people, was killed in Beirut in a massive bomb explosion. Darrell was mortified. He had worked closely with this remarkable man and kept him safe. He grew to love him like a father and was enraged on news of his assassination. Immediately, drawing on his years of experience in the Middle-East he identified the killers and subsequent investigations proved him correct. They have never been brought to trial.

When he arrived in Zambia to assume management of the 80,000 acre property on the south bank of the Kafue River and adjacent to the Kafue National Park he was blown away by the wild beauty of the property but disturbed by the decimation of the wildlife. The area was under siege by poachers, in many cases supported by corrupt officials, who were in the process of wiping out the wildlife and uncontrolled netting of the river was at unsustainable levels.

He immediately made himself known to the local Chief, explained that he wanted to work with and for the tribal community and set about recruiting the men he needed to be trained and deployed as game-scouts. Little did they know at the time but their tutor was a master of the art of bush-war and lore and they were about to be turned into the best trained scouts in the country.

In a few months, his scouts, operating with ZAWA (Zambia Wildlife Authority) personnel were in the field, armed and motivated. They immediately engaged large gangs that had never known this sort of adversary and the onslaught was quickly slowed. The police station in the district town of Mumbwa was testament to Watt’s tenacity and efficacy. It quickly filled with fishing nets, snares, back-packs, bicycles, guns, hunting dogs and prisoners. So heavy was the flow of people awaiting trial new accommodation had to be quickly provided to reduce the pressure on the jail cells but the fight had just begun.

Realising he needed help Darrell reached out to an old ‘brother-in-arms, Jim Lafferty’. Jim had served with Darrell in the SAS before moving to the Selous Scouts where he was decorated and became one of Selous Scouts commander Ron Reid-Daly’s favourite operators. Jim’s military career continued in the 80’s with the South African Special Forces and included several covert reconnaissance forays into war-torn Angola.

On one of these, he was tasked with pinching a ‘Stinger’ missile from a UNITA base deep into enemy country. A highly prized piece of military hardware the South Africans were anxious to get their hands on one for research and development purposes. Jim found his way to the base but then lost his sense of purpose when offered a beer. At some stage during the attempted heist Jim sobered to the sound of an American accent. A black US Special Forces operator told Jim politely that he was free to drink their beer but he was not going to be allowed to steal a ‘Stinger’.

Cheerful, fearless and feisty Jim arrived in Zambia with very little but good cheer and energy and on being informed he was not permitted to carry a weapon for the tasks ahead, he armed himself with a golf club; more specifically an old Dunlop four-wood which he would swing with dangerous alacrity when threatened or in pursuit of intruders.

Despite advancing years Jim patrolled the property energetically, mostly on foot, while living to a large extent off the land. An expert tracker, any unfamiliar spoor was immediately reacted to and news spread quickly to the surrounding villages of the strange bearded white man, patrolling often alone with a golf club and fire in his blue eyes who seemed to be making life very tough for those who entered the sanctuary with hostile intent.

Jim thoroughly enjoyed the work and being with his great friend but he also liked the booze a lot and over the years he would become famous at the ‘Hacienda Hotel’ in ramshackle Mumbwa which became his ‘local’ drinking establishment. With his monthly pay packet stuffed in his pants after weeks in the field Jim would head at full speed for the ‘Hacienda’, get drunk and buy drinks for whomsoever provided him with company. Always a soft-touch he gave generously to the street-kids too and he would remain ensconced on his bar-stool until the money was finished whereupon he would head home and disappear back into the bush. It was not long before Jim became famous for his kindness and his entry into the town was similar to that of a visiting dignitary with town-folk lining the dusty streets to cheer his return. Jim loved them and they loved him but there were problems for his employer.

“One time we had a pump stolen and had word that it was being ‘fenced’ in Mumbwa so I sent Jim in with a wad of cash to buy it and nail the thief,” remembers Darrell. “This was not a clever move. Jim went straight to the ‘Hacienda’ to commence his investigations. A week later and no sign of Jim, I received a call from a kindly Immigration Officer to tell me that Jim was in the bar staring down an empty beer bottle but hard as he tried he was unable to see the stolen pump.”

“Not long after this Jim invited the Chief and his entourage of important people to accompany him to the hotel for food and drinks. This was not a bad idea because we were always keen to keep the Chief happy but Jim made him more than happy. Starting at lunch they drank through the day into the night and at 4.00 am the following morning the Chief requested Jim take him to see a relative. Jim was legless but obliged. They raced off into the night at speed but hit a tree which caused Jim and the Chief to fly head-first into the windscreen rendering them both unconscious. Both lost quite a lot of hair. In the cracks were Jim’s longer straight hairs and in the other, the short black ‘curly-wurly’ hair that had belonged to the Chief. Jim regained consciousness first and threw a bucket of water over the Chief to wake him up but to no avail so he carried him on his shoulder to the District Hospital where he eventually came to his senses. But then the police arrived to charge Jim with drunk driving and he would have been jailed had the Chief, with the support of other people not demanded that he be freed. Father Christmas was no good to them in the slammer, so the charges were dropped but I got the bill from the hotel and it was a big one.

“On another occasion driving back drunk from Mumbwa at night he drove off the dam wall into the water and was stuck with the vehicle having rolled onto its side. Three lions came calling to see what had happened and there was Jim stuck in the water with a bad hangover. When they came too close Jim thought they were going to eat him so he threw them all his meat and groceries and he said they really enjoyed themselves and left him alone. In the morning he called me on the radio to tell me what a beautiful day the dawn had brought but that he was in an ‘awkward’ situation. His vehicle was in the dam and he would walk home but lions were close and he was worried they would want breakfast. He said he had been able to provide their dinner but was out of food for their next meal so would I please come and collect him in case he became the breakfast. When I arrived the lions hardly moved. I think they had taken a liking to Jim.

“I think Jim would have died for me. He was very brave and on many occasions went unarmed into very dangerous situations. On one occasion five heavily armed poachers in a vehicle opened fire on my scouts and my guys came running to say they were outgunned and this group was very aggressive. Jim, with only a revolver and his golf-club and one scout who was brave enough to go along took off after them. They chased them up the road going north to Kasempa. They would never have known that Jim was able to follow their specific vehicle tracks. Hours later the poachers, never thinking they had been followed that distance, pulled off the road and were fast asleep when Jim arrived with his golf-club. He nailed them all. They went to jail for five years and lost their vehicle, weapons and all their equipment. When word spread of this man who follows vehicle tracks through towns we received no more visits from poachers in cars.

“During Jim’s time at Mushingashi we caught in the region of 400 poachers and he helped me save a very special place that would have been wiped out.  Jim’s dead now. I wanted to kill him at times myself but today Mushingashi is home to thousands of animals and the last refuge for the Kafue elephants. A lot of that is thanks to Jim. God bless him.”

6 thoughts on “Old Soldiers who Saved a Wildlife Sanctuary”