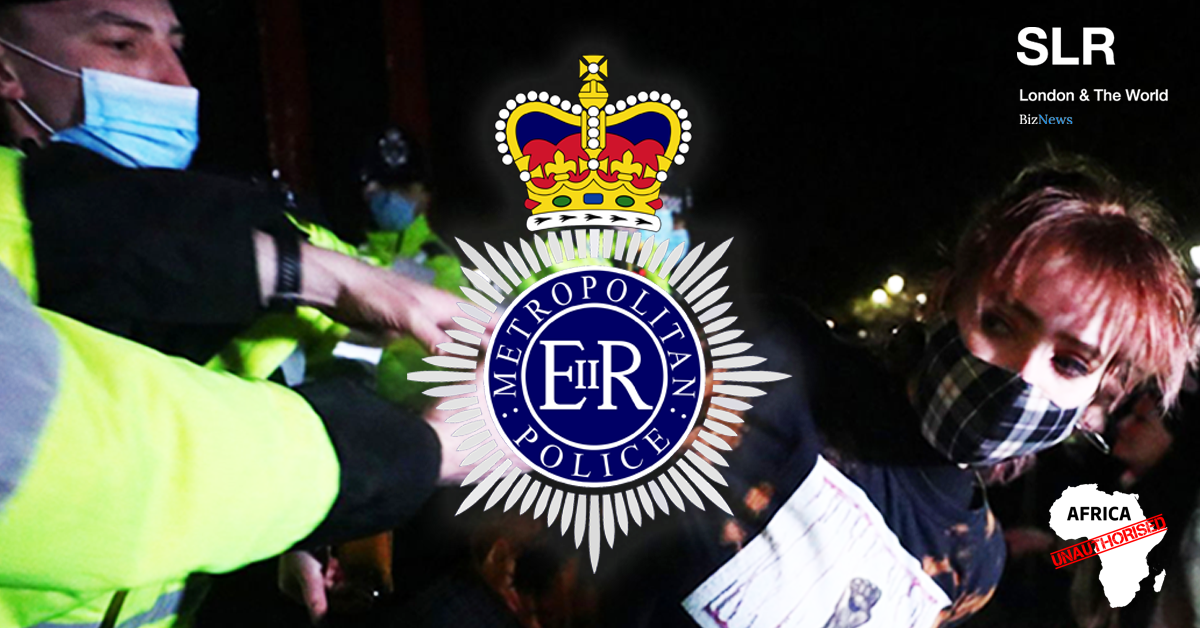 In the same week that the South African Minister of Police Bheki Cele announced on television that he did not know whether Peter Jacobs was still in charge of crime intelligence, a serving member of the armed diplomatic branch within the Metropolitan Police with a distinctly Mel Miller-ish name (‘Wayne Couzens’) was arrested for the kidnap and murder of a young woman in south London.

On Saturday 13th of March, protestors gathered on Clapham Common to remember Sarah Everard, and demand the police do more to protect women. As has become a familiar sight, particularly under the shadow of the lockdown, the police’s response to this demand was to seize one young protesting woman from the crowd, and kick the shit out of her.

I once had a very good experience with the Metropolitan Police. Villains were robbing the company I worked for and the useless British Transport Police, within whose jurisdiction the crimes were committed, just shrugged. By accident (I gather), my file landed on the desk of an interruption unit connected to the anti-terror squad within the Met. The rozzer in charge, still playing club rugby in his 50s, went into policing the old fashioned way: his father was one – 72 hours after he opened a line of inquiry, the first arrests were made. I took my guy out drinking.

In a bar in Vauxhall he lamented that his own son would probably not go into the force, as the Met now preferred to recruit sociology graduates. A completely different style of policing was unfolding: from the bobby on the beat being a friend to the public – policing by consent – new age law ‘service’ was now prioritizing ‘hate crimes’ – racism, homophobia and transphobia – as its chief concerns, particularly in London.

Its would be an oversimplification to suggest that the ambulance-chasing shysters had won – but there is no doubt the law has been taken advantage of. Couple this to fashionable grievance and you’ll discover that identity and the emphasis of, particularly as it applies to any major city, is like what happens to an uncontacted tribe in the Amazon the moment a busload of tourists from Wuhan arrive – i.e it decimates. In this case the head of Scotland Yard is a lesbian, and Sadiq Khan is a Muslim (Sadiq Khan no longer bothers to address crime, and is nowhere to be found when the next feral youth / machete festival kicks off – that is, unless you’re the proprietor of a Turkish bath, in which case you’ll probably find a strange little dwarf chillaxing in the steam, such is the Mayor’s fondness for freebie spa days.)

In the UK, the public were treated to the sight of two officers submitting onto a knee before a baying protest mob only weeks after images of armed response officers chasing children away from playing in parks were circulated in newspapers (occasionally these same officers found a pregnant woman to give a good stamping to – just like Victorian Premier Dan Andrews’ Stormtroopers in Melbourne). In South Africa, police armed with pump action shotguns menacingly confronted beach-goers and windsurfers. In America, opportunists like Democrat Alexandra Ocasio-Cortez hissed “defund the police” – a political campaign aimed at preventing law enforcement from responding to incidents in the kind low-income neighbourhoods AOC didn’t live or grow up in (she spent most of her youth in an affluent suburb with a population of less than 2k – obviously).

It has been reported that a DNA backlog exceeding 45000 cases is compromising South Africa’s criminal justice apparatus – on top of existing concerns about competence and leadership. This crisis is the latest in a long line – starting with the great Meyer Kahn conceding, in 1999, that he simply could not resolve the mess he had discovered upon his appointment at CEO-effective of SAPS. The disasters of Jackie Selebi and Riyah Piyega followed, thus enabling nuclear criminality from Khomotso Phahlane and Richard Mduli. Like clockwork each year delivers a breathtaking controversy – if not Marikana, its the sight of a burst beetroot-nosed thug sitting in parliament accused of defrauding the very police service he once worked in, or a police station robbed of pistols or a bunch of gangsters just walking out – because the duty sergeant was sleeping.

So the question is: who is worse – the UK or SA? Invariably the obstacles appear far more insurmountable from SA’s side, but you could – if you really wanted to – reverse the contamination. You can teach someone to shoot properly, or probably more importantly, when not to shoot. You can adjust the structural conditions the police are forced to work in by paying them more and training them better, simultaneously advancing the punishment for corruption. But nothing you’re doing here muddies the objective: the police are meant to go after the bad guys.

In Britain’s new age of policing, this primary understanding is not clear. They arrive at places of employment seeking out someone who has written “there are only two genders” on Twitter. They stand idly by as statues are ripped off their plinths. During marches male police officers dress up as women, blow whistles and dance strangely.  To answer that question, you have to answer another – what is worse: incompetence or social engineering?

2 thoughts on “London & The World”