Lessons Based on Lies. 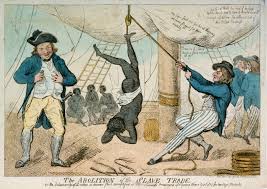 Having two daughters at school in the modern age certainly has its challenges. They say this is simply history repeating itself and parents have, since the beginning of time, bewailed the cultural and existential forces that shape the minds of their children. This may be true but technology has changed the dynamics dramatically with the ‘information highway’ that is the internet and the transmission of ideas and opinions has never been easier. A double-edged phenomenon which allows the peddler of falsehoods and disinformation an easy platform from which to influence an audience against which the defences are flimsy. All one can do as a parent is attempt to equip ones progeny with the fundamentals of life based on the facts and hope they will then bolster their own intellectual barriers in dealing with the untruths that will doubtless come their way. In this endeavour we parents look to our schools for assistance.

As someone of European ancestry living in Africa the problem of child-rearing is exacerbated by the fact that we live in a mercilessly ‘politically correct’ era which has decided that most, if not all the world’s current ills are the fault of the group of people who hail from the landmass west of the Caucuses. That’s my lot and by popular decree, my two girls aged 13 and 15 must also accept responsibility. Unfortunately the problem is further compounded in the teaching of history.

My youngest has just done ‘African history’ and this has concentrated almost entirely on what the white man did wrong. Obviously the apartheid era has featured prominently and the legend of Nelson Mandela has been burnished; nothing or little about F.W. de Klerk and the previous rulers who forsook the real option to retain power and fight on but that is to be expected. The twisted version of our continental history being disseminated by our ‘educators’ (whatever happened to the word ‘teachers’?) goes back far further and deeper and bar a few minor diversions our children are taught the history of the European in Africa is really little more than one of the history of slavery, plunder and persecution.

Going back to the beginning there is no mention of the fact that the original ‘settlers’ or ‘enslavers’ the Portuguese were courageous sailors; effectively the first ‘globalists’, who were opening up the world through exceptional feats of navigation and seamanship. Thanks to them the world changed and in many ways for the better as the ‘East’ connected with the ‘West’ and man acquired the technology and knowledge to travel and develop. Indeed the Portuguese mariners, those who survived the appalling losses at sea, took ‘slaves’ back to Europe but they were few in number and this was incidental to their greater purpose which was establishing a trade-route to India.

Thereafter the colonial age arrived and my child has been taught a wholesale abuse of fellow humans and their precious resources followed. At no point has she been taught that the Europeans introduced, medicine, modern technology, education, a semblance of law and order and, for better or worse a Christian ethos that preached a message of love and goodwill.

At the same time my older daughter was covering early American history and again this period, she has been taught, was pretty much all about the slave trade which is covered in exhaustive detail while little attention is paid to the fact that the greatest country on earth was in the process of being constructed by tough, hard-working, innovative people who had forsaken the relative security of Europe for the hardship and risk of a pioneering lifestyle on hostile frontiers. Harriet Tubman, Frederick Douglas, and John Brown; all anti-slavery activists have received more attention in her studies than George Washington, Benjamin Franklin and Thomas Jefferson.

While all the real and imagined evils are emphasised no mention of any of the following facts:

They also have not been told what Muhammad Ali said as he prepared to return home from what was then known as Zaire after his famous ‘Rumble in the Jungle’ with George Foreman. Asked by a reporter in Kinshasa how he had enjoyed his stay on his home continent his reply was enlightening. ‘Thank God my grand-daddy got on that boat!’

5 thoughts on “Lessons Based on Lies.”