Benighted Continent on the Brink 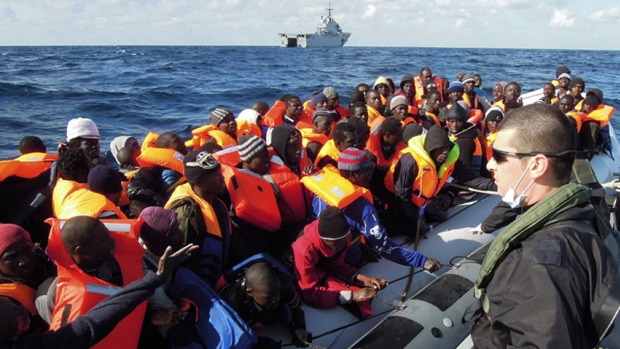 Malcolm Horne, a London barrister has written in very blunt terms regarding the planned land-grab in South Africa: “You cannot have land expropriation without compensation. It is illegal under international law. It is contrary to a dozen treaties that South Africa has signed and ratified. As such, it is a principle that is also enshrined in South African domestic law. You cannot change the Constitution, therefore, to make it legal; Treaty law is superior law, it always applies.”

In days gone by I might have drawn some comfort from this warning but I’ve seen too much in my years on the benighted continent to believe points of law, no matter how pertinent and how seemingly binding, will make the slightest bit of difference.

One of the first political discussions I recall being witness to was the aftermath of the Congo carnage following the granting of independence to a lunatic by the name of Patrice Lumumba. The Belgians fled for their lives and the country collapsed into civil war which continues today. Independent rule in Zambia and Tanzania was quickly followed by nationalisation, the denial of property rights and those economies quickly crumbled but mountains of Western largesse poured in, most of which was stolen. Nobody was censured of course, because the liberal socialists running Europe were on their knees saying sorry for being white.

When Mozambique acquired independence in 1975, informed Portuguese citizens expressed optimism; they were sure, Frelimo, the new ruling party under Samora Machel, would not make the same mistake. Well they were dead wrong; he not only made the same mistake, he compounded it; moving expeditiously and sometimes violently to seize all private property. The Portuguese ran for the exits and in six months, a once vibrant economy was in ruins. Again, the world, following Europe’s lead, rewarded this zealot with huge dollops of aid.

When Robert Mugabe took over in Zimbabwe the promising news was that both Samora Machel and Tanzania’s Julius Nyerere had warned their protégé not to make the same mistakes they did; respect property rights and let the Europeans continue to contribute they told him. When Mugabe began threatening white farmers, most ‘connected’ people in the political and farming leadership were sanguine; the word was, it was just bluster and there was little chance of him being that foolish because he was super intelligent we were told, and well knew that dispossessing the farmers would be calamitous for the country. Well laws, international treaties, conventions and economic consequences were brusquely dismissed and in 2000 he did what he was warned not to do; violently evicted 4,000 white farmers, tore up property rights and destroyed his country. He was backed by then South African President Thabo Mbeki and the ruling ANC and most African leaders cheered him on. Mild sanctions were applied and a travel ban on the president and some of his cronies followed. Mugabe, effectively proved, yet again, that politically motivated ‘crimes’, as long as the ostensible victims are white, are permissible and this lesson has been well learned south of the Limpopo.

Cyril Ramaphosa recently came to power, replacing the disastrous Jacob Zuma, on a wave of euphoria. It’s hard to imagine how he could not be a better option but his opening address included an ominous message that most chose to overlook in the hubris of the moment; ‘.. we will seize land without compensation’ he announced. And with that he chose to detonate a political bomb-shell which might well go down in history as the watershed moment when his country set off on the road to ruin. Unsurprisingly the message was very well received by the EFF (Economic Freedom Fighters) led by Julius Malama who is an increasingly influential figure, loved by many for his venomous anti-white rantings and a man who drives his fans wild exhorting them to action when singing ‘kill the Boer (farmer)’.

For Jacob Zuma, the land-grab debate has been a blessing; the clamour for him to be prosecuted has abated and the political airwaves are filled with rancorous calls for the quick eviction of European farmers and the seizure of their property as a means to alleviate the suffering of poor, dispossessed Africans. White farmers are being murdered on a regular basis just to maintain the pressure.

To his credit, Ramaphosa cannot be accused of deceit; he did signal his intentions when he was a union leader under the Nationalist government. In an interview with Mario Oriani-Ambrosini he was quoted thus: “… Ramaphosa told me of the ANC’s 25 year strategy to deal with the whites: it would be like boiling a frog alive, which is done by raising the temperature very slowly. He meant that the black majority would pass laws transferring wealth, land and economic power from white to black slowly and incrementally until the whites lose all they have gained..” Twenty-three years of ANC rule and it appears Ramaphosa is going to jump the gun a little, tweak that plan, douse the filthy frog in boiling water and be done with him.

There are certainly going to be multiple legal challenges here and abroad, once the constitution is amended to allow the confiscation of property but I fear the history recalled above is certain to be repeated; the British government will express dismay, the EU will have a little tantrum, Trump may react but he will be condemned as a ‘racist’ and political and legal obstacles will be squashed under the feet of millions of poor people, recklessly led by opportunistic demagogues who will play the race card adroitly and plunge an infrastructural and economic powerhouse into devastating decline.

Sixty-million people will inevitably suffer nationally but so will the rest of southern Africa because the entire region relies to some degree on the country’s manufacturing, agricultural and industrial muscle and on the country’s logistical infrastructure. This is a combined population of roughly 250 million people who will be directly and indirectly affected.

Right now, South Africa provides some sort of sanctuary to roughly 10 million immigrants who have fled the misrule endemic to the north. When this country suffers the same fate there is no place left to hide, there will be no crumbs because the table will be bare and there will almost certainly be a war over competition for dwindling resources. The biggest bloodletting in African history is a likely consequence and the human tragedy that followed de-colonisation will reach its terrifying denouement. People of Europe must brace themselves; if they think they have a refugee problem now, it’s going to get a lot worse.

13 thoughts on “Benighted Continent on the Brink”