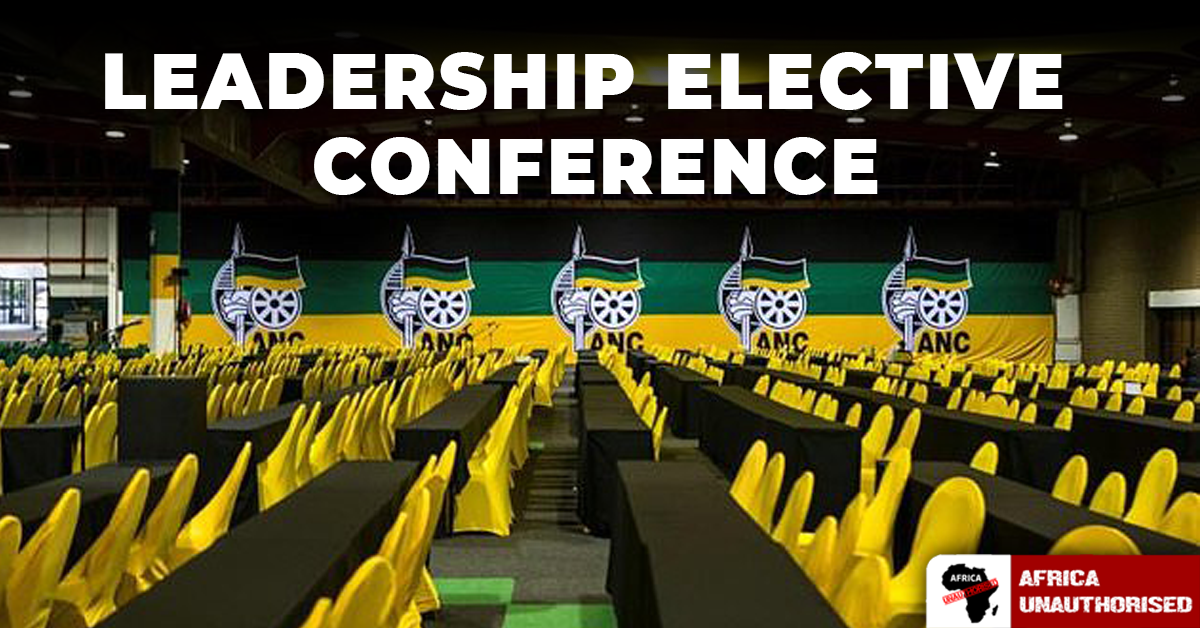 This has been another busy week on the political front with a great deal of maneuvering in the ANC towards Friday when, at the Nasrec Conference Centre in Johannesburg, their leadership elective conference begins. More than 5000 delegates will attend the conference to elect leaders who will be in office for the next 5 years and many local and foreign journalists will be reporting on the events. With so much at stake and with all the recent happenings you can expect the conference to dominate our news. I enjoyed Brandan’s agenda from his cartoon in Business Day on Tuesday and I am sure he is not far off the mark:

Tuesday saw the vote to decide whether the Section 89 report, suggesting that the President had a “prima facie” case to answer and whether he should be subjected to an impeachment process, be taken further by Parliament.  That all came about after Arthur Fraser charged the President with breaching his duties when all that money was stolen from his Phala Phala farm.  Excitement was heightened on Monday and Tuesday morning when it became clear, after the ANC gave strict instructions to all their MPs to vote with their party against Parliament taking the matter further,  that not everyone would adhere to that instruction.

Ultimately big shots like Minister Nkosana Dlamini-Zuma, former Minister Mosebenzi Zwane along with former Secretary General of the ANC in the North West Province, Supra Mahumapelo voted very deliberately against the Party’s instructions. What now? And where were Minister Lindiwe Sisulu and Zweli Mkhize when the voting took place?

As expected Cyril survived the vote (how many times did the ANC not protect Zuma in the same manner?) and no impeachment enquiry in parliament will ensue.

Those who voted against Cyril have been “marked” and it will be interesting to see what the consequences will be.  Ramaphosa now heads to the Conference with confidence of being returned as leader for another 5 years….or could there be an upset?

On social media this week several big shots have criticised Cyril who, as per his style, has not reacted when even members of his own cabinet have openly criticised their leader. Some like Jacob Zuma, Tony Yengeni, Lindiwe Sisulu and Andile Lungisa have had a go at Ramaphosa.

Then the former Finance Minister, Malusi Gigaba who is/was a very good buddy of the Guptas— he who is not averse to tweeting photos of his private parts— has called on someone other than Cyril to lead the party for the next five years. In fact, he called on Ramaphosa to step aside because the party needs a different leader in these tough times.

Who made the times so tough, Mr Gigaba?

The problem that the ANC has is that there is no obvious successor to Cyril.

Zweli Mkhize, badly tainted by the Digital Vibes scandal,  believes he can still beat Cyril to the post at the Conference and as you know Cyril is seen as a weak leader even in his own party.

Tony Yengeni and Bathabile Dlamini, two big shots with big mouths, have been prohibited from standing for nomination by the ANC to positions on the NEC. A previous NEC resolution prohibits candidates who have been charged and found guilty of serious misdemeanours from standing. Both have had a lot to say about their banning and both are taking matters further.

More good news is that on Monday Carl Niehaus was at last chucked out of the ANC. So the Zuma (RET) faction have had a really bad week. Oh yes, Niehaus is also appealing his expulsion which he says he does not accept since it was made by “youngsters”.

At long last Cyril has acted and the Judge President of the Western Cape, Judge John Hlophe was yesterday suspended. 15 years ago Hlophe was directly fingered in trying to influence two Appeal Court Judges to give a favourable decision in favour of Jacob Zuma. Talk about Stalingrading; Hlophe is a champ. But eventually even champs sometimes receive a knock out blow. He now awaits Parliaments decision on whether to impeach him but the evidence is damning and hopefully he will be despatched permanently. Now, a curious story that has fascinated some of  us.  A Russian container ship spent three days in Simonstown harbour last week with its AIS (automatic tracking system) switched off. The ship was heavily guarded and during the nights it was loaded. Rumour has it that SA is selling arms to Russia. If this is true that will explain the government’s attitude to the Ukrainian war. Many questions have been asked about why the ship docked at a military base and not in CT harbour and then questions have been asked about what it was doing here anyway. Answers were promised by Friday. Have you heard anything? Neither has the DA and neither have we.   You can read  more on this story by clicking on this link sent to me by Eddie.  https://mil.in.ua/en/news/south-africa-suspected-of-selling-weapons-to-russia/

Yesterday Dennis, that character of note invited the usual suspects to join him to hear Caryn Dolly talk about the gangsters of Cape Town.Unfortunately there was a mix up and Robin didn’t join us but Paul, Henry, Kenny and I were at the lunch to hear the young journalist tell us about the books she has written. Caryn  must be one of the very bravest people we have heard addressing the CT Press Club.  She regaled us with her stories of  how, as an intern she sat listening to court case after court case and realised early in here journalistic career that there seemed to be dots that needed to be joined. She told us about how some of the police are intertwined with the gangsters and she told us about Long Street and the clubs where mandrax is just another item on the menu. She was asked about gangsters and their political connections and whereas the Zumas have denied it, there is a photo she has seen where Duduzane Zuma (millionaire son of you know who) is sitting having tea in the posh One & Only Hotel, in the Waterfront, with some very interesting characters.             Her life has been threatened on occasion and she has asked for and received body guards when she thought it was necessary.

The state of 150 of the 257 of our municipalities is dismal. They are bankrupt. And it’s easy to understand why. Cadre deployment onto municipal councils is the first step for the selected incompetents to drink at the trough of the State coffers. Cape Town is so very different, with a clean audit and able to show how much more competent the DA is to run a city than the ANC. The question is where will the money come from to bail out these municipalities let alone pay their huge debts to Eskom?

Load shedding has become more than a nuisance —  it has become a very serious worry.  With electricity off for up to 4 hours at a time after being off for 2 hours just a few hours before that ( Stage 6) there is a real possibility that we are heading for 12 hours of load shedding a day (stage 8). It seems that at Eskom things are far worse than we are led to believe and we all know that things are bad! Ministers are accusing each other for the collapse of the grid and the CEO, Andre de Ruyter is under enormous pressure to resign. Certain Ministers (Gwede Mantashe) want de Ruyter gone soon because so little has improved under his watch and if this is happening in summer how can we possibly survive winter? In the meanwhile Cyril this week has come out fully behind the management of Eskom and what they are doing. De Ruyter believes that gangs are sabotaging Eskom.    Mantashe believes that Eskom is sabotaging the State (ANC).           I returned from our luncheon yesterday to hear the shocking news that de Ruyter had suddenly resigned. I agree with Solidarity (trade Union) when they say the wrong person resigned. This is Zapiro’s take on the load-shedding from Daily Maverick on Tuesday:

Cape Town is getting really busy, in fact busier than ever and the ‘season’ is upon us. More than 31 overseas flights are scheduled to land every day at CT International airport for the next 3 months. This is a record breaker and it beats all expectations.  One reason may be that The Discoverer blog rates Cape Town in the top 5 cities for American ex-pats. The other cities to which Americans run are Stockholm, Bangkokc, San Jose and Puerto Vallarta. Our city  is rated as probably the most beautiful and most affordable, with exciting night-life and non-stop shopping.

The coach was on the couch for the early match of the  World Cup on Saturday and I watched the late night England /France encounter from my bed.  Did France deserve the win? I’m not sure, but England are out and I’m sorry about that . The final with France against Argentina promises to be a real humdinger.

With the holiday season upon us and our daughter and grandson (2 of the 3Ms ) due here from London on Saturday this newsletter will be taking a little break.