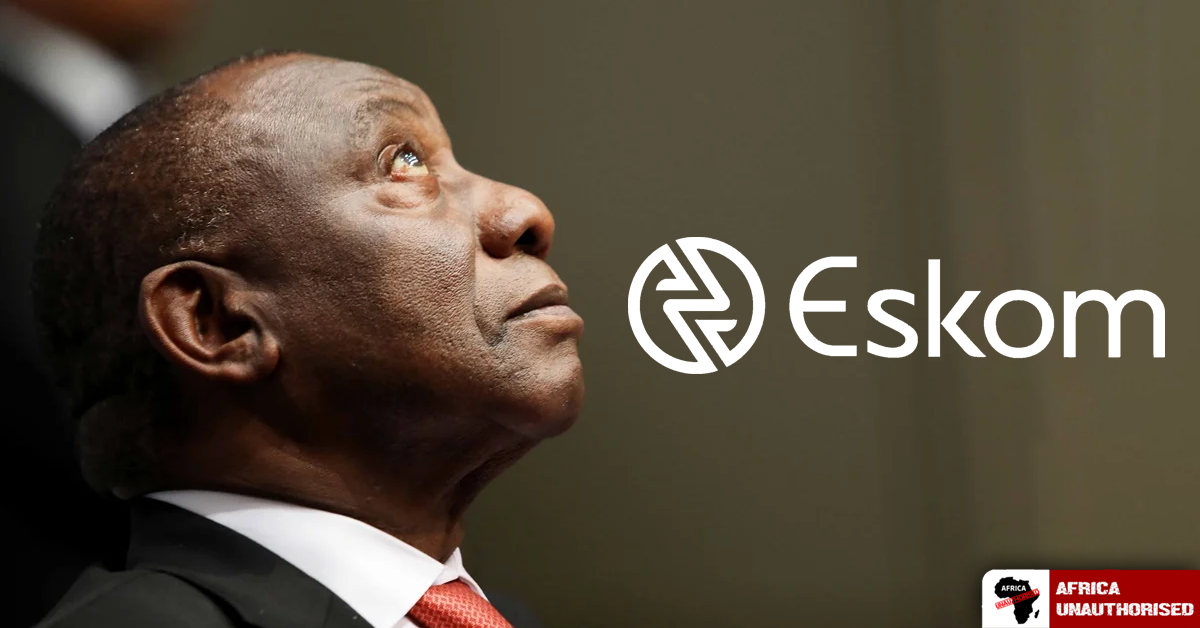 Is SA balancing on the cusp of a revolution?

That certainly is the view of more than one journalist and several socioeconomic gurus who have all pointed to the crippling state of affairs in our country. Cas Coovadia, CEO of Business Unity SA (BUSA) this week warns that all the factors leading to an insurrection remain from a year ago. Poor service delivery, rising fuel costs, Eskom in crisis, and the failure of law enforcement to bring about any meaningful arrests of those who caused the trouble. 354 people were murdered in the uprising one year ago and not one person has been brought to court and charged with murder despite the President’s promise at the time that the culprits are known and there would be speedy reprisals. In fact nobody of any consequence has been held responsible for the billions of rands of damage the economy suffered.

But you have heard Cyril say all these kinds of things before. To think that Cyril will get anything fixed is a joke that we heard over and over and it is really not even funny.

Where you have an 80% unemployment rate, as we do in some townships, the people are depressed, hungry and frustrated and something is likely to explode and quite frankly a revolution is not impossible. Now more than ever we need strong leadership and unfortunately there just isn’t any; the opposite is the reality. There is poor leadership in our police, in our army, and our government.

This cartoon for Maverick Citizen says it all:

The calls for Ramaphosa to step aside are getting louder every week. In City Press this week, ANC veteran, Mavuso Msimang suggests that Cyril should step aside until his name had been cleared. This has to do with the millions of $ theft from his farm and the charges that Arthur Fraser has laid against him.  Msimang also makes the point that Cyril’s presidency has very little to show for his time in office where corruption is as bad as ever, political deaths are escalating, unemployment is rampant and crime prevention dismal. And let’s not mention the electricity crisis that he has promised for years to contain.  Then the rift between factions in the ruling Party is as strong as ever. Cyril has nothing to be proud of for his time in office.

Peter Bruce in the Sunday Times wonders if Cyril will go the way of Boris, suggesting that our President is insecure. Bruce believes that Cyril has lost the confidence of his Party. He further suggests that Ramaphosa is inattentive, slow, poorly advised, and insincere.

In our politics some things don’t change. The erstwhile mayor of Durban, Zandile Gumede is facing over 2000 corruption charges, but the local branch of the ANC (also its largest branch with more than 10,000 paid-up members) wants her to stand for Party leadership

Paul Hoffman of ‘Accountability Now’ has a plan. He is calling for an early election to clean up the corruption that engulfs us. But what are the chances of the ANC MPs giving up their cosy jobs and all their perks with a very good chance of not being re-elected? What is certain is that a great many of the useless cadres are certain to lose their seats. The love for the Party by the voters deminisses each day with load shedding. It’s time to test the political temperature , but you know Cyril and I am not holding my breath for any speedy action. Hoffman is also very vocal on Bheki Cele. More of that later.

We in SA have returned to the dark ages. The daily loss of electricity is a nuisance like you can’t believe and it is far worse than that for business. The tragedy is that outages are likely to be with us for a long, long time and there is even the fear of a total grid shut down. These constant outages are devastating for the economy and it is also likely that our ratings will be adversely affected. Small businesses like barber shops and corner cafe take-aways are faring badly and the dramatic hike in the price of fuel is making it very difficult for many businesses, even big ones to survive. The contracting economy is likely to tip us into recession and eventually the value of the Rand will weaken even more.

I heard this week that the chief nuclear engineer at Eskom, Riedewaan Barkadien, is emigrating to Canada.

Then did you hear about France suing Eskom for R1 m for lack of preparation prior to their French experts doing specific specialised contract maintenance at Koeberg?

The shambles just goes on and on. Bheki Cele, our Police Minister is under ligitimate pressure. This week he lost his rag when Ian Cameron, the community policing activist of Action Society attended a meeting in the Cape Town township of Gugulethu and accused the police of not doing their job. He calmly addressed the Minister giving examples of how he and his group are doing police work for which they are not paid. He invited the Minister to join him in combating crime in the township without his bodyguards & fancy car and while often walking through sewage getting his shoes wet. Cele went off the handle and accused Cameron of calling him a garden boy.  He then screamed at Cameron to SHURRUP, SHURRUP, GET OUT, GET OUT. His tirade went viral when the spat was picked up on several cellphone clips that have been very widely circulated on social media.

But Cele is in even more trouble. In a letter to Ramaphosa, Francinah Vuma, Deputy commissioner of assets and legal management, accused Cele of corruption and trying to have her killed. Cele in 2010 was also deeply involved in a tender scandal and that got him fired as Police Commissioner only to have later been appointed as Police Minister by Cyril Ramaphosa. Yes, he is strongly in the Ramaphosa faction of the ANC.

The DA wants Cele to go for altogether another reason. He has allowed the number of detectives to decrease by more than 1100 and has done absolutely nothing to replace them.

What is this dysfunctional failure doing in cabinet?

And Hoffman has penned a letter to the papers wondering why the NPA are not taking the matter of his supposed corruption with the police tender during the World Cup in 2010 further.

Johan Maarman, editor of Die Burger in his op-Ed on Monday tells us that there is nothing the ANC can’t break. In a scathing piece, he is highly critical of the ANC. He points out that Pravin Gordhan, Min of Public Enterprises is trying to get those Eskom experts who were fired to make way for cadres by the ANC when they took over, (because they were white) to come back to Eskom to “right the ship”. Maarman says he grew up in an ANC home but there is no way that he could vote for this bunch of nincompoops. He ends his piece by admitting that if the Party accuses him of treason, then to that he pleads guilty.

Mass deaths in taverns are becoming a South African thing. Late on Saturday night, 22 people were randomly shot to death in Soweto. There are simply too many pubs and taverns in our poor townships that attract youngsters who too easily become addicted to the liquor and drugs that are on offer there.

Cele, after the event, dispatched a specialised law-enforcement unit to stabilise the situation.

This shooting may have been a hit on the pub owner who perhaps refused to pay “protection money”. The shooting was random and 133 empty cartridges have been recovered.

Howard Feldman, writing in News24 points out the ANC has failed us. It hides behind the struggle to obscure the present where nothing works.

When left to our own devices we are champions. Without government interference we are as good as you can find anywhere. He points to our financial technology centre, our banking, and our insurance which is world class. And then refers to the world class private education, private health care and so much else that really works —without the interference of government.

On the couch on Saturday evening were again the coach and the world champion to watch the second rugby test against Wales. The Springboks, with their 14 changes from the previous week, had never lost to Wales on home soil. Well now they have. In a match dominated by hard forward play, the Welsh deserved their 13-12 win if only because of that brilliant last-gasp try at the very end. Then the conversion from the touchline to sneak the win was just enough to silence the full house of supporters. In a weekend when Ireland beat the All Blacks, England beat Australia and Scotland beat Argentina, there was no way we were not going to beat a UK side. (Has that ever happened before that all four ‘home union’ teams beat Southern Hemisphere opponents in the same weekend?)

Next week the final Welsh test is in Cape Town and then what awaits our Sprinboks is the All Blacks. If Ireland can do it……so can our Springboks.