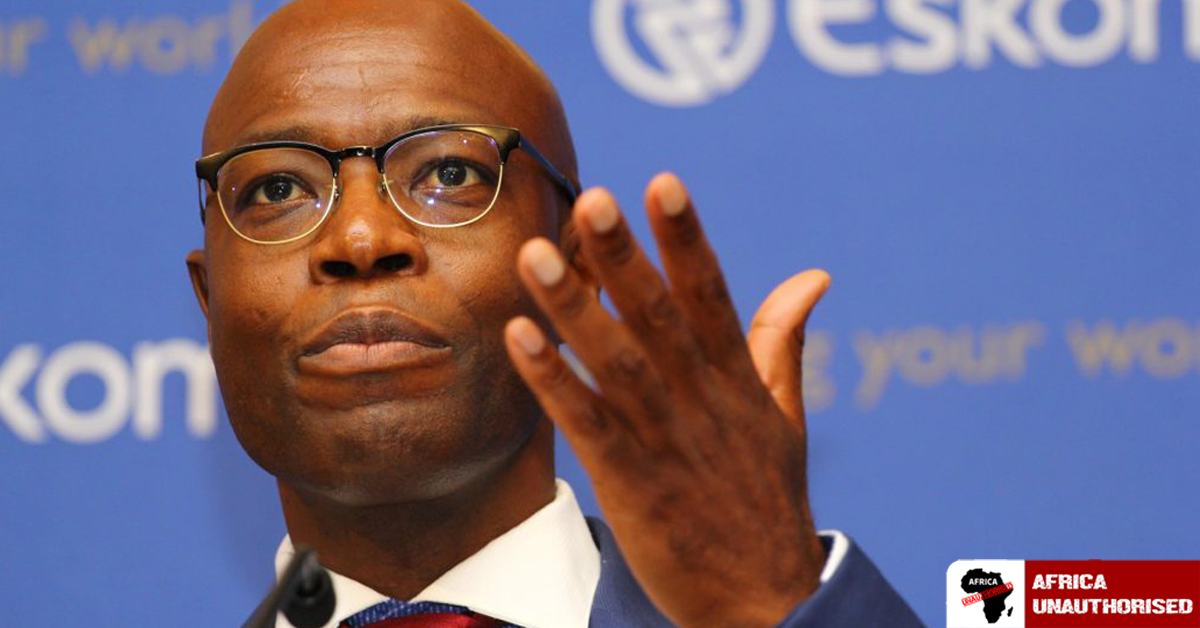 The manner in which the BIG-shot super-arrogant Matshelo Koko and his collaborators were arrested on Thursday was fascinating. 8 of them were in the dock for the massive R2 billion fraud and corruption case pertaining to our biggest and newest electricity power plant, Kusile. The arrests were carried out simultaneously by police at 6.30 in the morning at all 8 different homes (many of them on very fancy private estates) and in total secrecy. The fight-backs on the day from some of those arrested who are facing serious charges of corruption, fraud and money laundering were to be expected. They were all only finally released on bail at 7.00 pm on Thursday evening because, ironically, there were two power outages during the day which further delayed court matters.

What makes this episode even more interesting is that Koko who once ran Eskom, is a big shot with a big mouth who never stops tweeting and the NPA have let it be known that this case has taken so long to be brought to court (5 years) because they had to be perfectly confident of a prosecution. If indeed found guilty Koko could sit in jail for 15 years.

On Sunday the cartoonist Dr Jack got the episode just right with this Afrikaans cartoon in Rapport: Translation:

At last they (NPA) have caught a big one

On Sunday the cartoonist Dr Jack got the episode just right with this cartoon in Rapport: Translation:   At last they (NPA) have caught a big one!

Yesterday another Gupta big shot and former Cabinet Minister, Mosebenzi Zwani was told by the Magistrate that the corruption and fraud case he is facing in the Estina Dairy  farm case has been referred to the Supreme Court. That’s another feather in the cap of the NPA.

The warning of a terrorist attack in Sandton did not happen on Saturday. The Gay-pride parade went ahead (with plenty of police all around) and our relationship with the United States took another step backwards after the Dept. of Interior criticized the manner in which the US Embassy issued that warning without any consultation with the SA Government at all. That is something that the USA denies.

The race for the presidency of the ANC is hotting up as we get nearer the Party conference scheduled for Durban next month. Lindiwe Sisulu, admitting she is an outsider, Zwele Mkize, Jacob Zuma’s erstwhile wife Nokosazana Dlamini-Zuma and even JZ  himself have all made moves this week for the top job in the country.  Sisulu has made it clear she will not serve in a cabinet under Cyril. Meanwhile Cyril has been canvassing ANC branches all around and the feeling is that in spite of the growing concern about his ability he will retain the top spot. A lot depends on the result of the parliamentary investigation into his liability in the Phala Phala farm theft.

Then Ronald Lamola & Paul Mashitile —both currently in the Top 6 of the Party –are each hoping to replace the incumbent David Mabuza for the Deputy job. But Mabuza is not stepping down and is very much still in the race.

In the meanwhile Sisulu said on SABC that the one with the deepest pockets will win. What does that tell you about the ruling party?

Cyril was at the coronation of the new Zulu king on Saturday and handed him a certificate of acknowledgement. This was no doubt to charm the Zulus who are by far the largest tribe in the country. The affair was elloborate, expensive and very colourful, ……paid for by the SA tax-payers. The extravaganza ran live virtually the whole day on all three of our local TV news channels. After the coronation where Cyril had met, amongst others, Thabo Mbeki & Jacob Zuma he told the Press that they were all good friends and that the ANC was united.

This is Brandan’s take of the meeting with Zuma from Business Day:

The very next day Cyril was in the Eastern Cape where he again said he was friends with the former Presidents and it was nice talking to them. But he then, tellingly went on to say that differences should only be discussed internally in ANC structures.

The Economist last week wrote about how gangs, disguised as “ business forums”, approach businesses and offer “protection”. Then the consequence of non-compliance is spelled out.

The Western Cape is now looking into the connection of gangs to our police. This extremely serious matter is being taken up by Premier, Alan Winde who, after a judgement this week in Cape High Court pointing to the corrupt operations within the local SAPS. Winde believes that even top members of our police force may be assisting the gangs that are so active in new business and the “coloured” suburbs here.

All through the country it is becoming quite obvious that certain cops are in cahoots with gangsters. Winde wants to take our police out of the national organization so that the DA can have proper control of the police in our region.

The Ministry of Police this week announced that the force needs another 80,000 to become properly efficient. Will more people make a difference to such a poorly run and corrupt outfit?

A top journalist, Ferial Hafajee has written a new book

“The Days of Zondo” . The bottom line of this well-written but depressing read is that she believes that Judge Zondo just scratched the surface of the corruption of the cadres of government in the State Capture investigation. She believes that the almost 4 years was not enough time for Zondo to get anywhere near to the bottom of what was really going on (and is still going on) in this country. Government money was flowing like a steady stream into the hands of these crooked cadres and she believes it probably still is.

On that point this week there have been several video clips featuring the American, KW Miller doing the rounds here. More than one clip has gone viral and I’m not surprised. Miller restructures energy companies internationally and what he has to say about Eskom and S Africa is shattering and very, very depressing.

Eskom is bust, S Africa is Eskom and so S Africa is bust. In the clip herewith he goes into fine detail in a half hour interview with Alec Hogg who presents a daily on-line financial programme .

If you are interested you can click on this link but pour yourself a stiff drink first before listening to what he has to say.

It seems as if SA is supplying arms to Russia. In Parliament on Tuesday our Defence Minister was asked directly whether this is so and she evaded the question. Why?

This week we celebrated Woman’s Day and two days were spent, as happens every year, discussing the horrific femicide and gender based violent crime stats in our country. Many Ministers took part in the conference and all condemned our disgusting morals. Yet in a poignant letter to Business Day yesterday Alan Wolman asks why the Government has not said one word about the horrific murders of girls and women in Iran where last week a 15 year old teenager was tortured and beaten to death by their “morality police” merely because she protested against the repugnant regime that discriminates so severely against women.

Some exciting news is that Cape Town is getting an E-Prix next year. The electric racing cars will track round the Cape Town Stadium in Green Point taking in the Main Road and Beach Rd in February.

The coach was on the couch on Saturday afternoon in his usual position, armed with a hot coffee and biscuits of choice. We settled down to watch Spurs play away and the first half was dismal. Pretty soon “our” team were two goals down and were playing terribly. Then Conte made 4 changes and what a difference! Spurs scored 3 second half goals, the last one coming in extra-time, to win the game 3-2. I think I must have disturbed my neighbours down the road when that third goal went in!

But if that Spurs game brought us to the edge of our seats on Saturday, Sunday was even more tense. The Proteas, playing against the top of the log side, India in Perth in the qualifying rounds of the T20 World Cup had a superb win that came with only 2 balls left in the match. What a glorious win which now almost certainly puts us in a good position to qualify for the knock-out stages.

Last night playing in France against Marseille, Spurs had another two-sessions match. In the first half session they were useless and then after half-time they played football. In the last minute of extra time they scored to secure top of the log in their section and qualify for the knock-out rounds.