The King Is A Thief 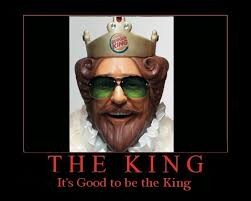 Many years ago, at the height of the Zimbabwe land invasions, I raised the issue of British responsibility for the ongoing tragedy with other concerned individuals and victims of the violence. I was mindful of the fact that in 1923 Southern Rhodesia Settlers (“SRS”), through their representative, the ‘Governor In Council’, were obliged to pay £2,000,000 to Her Majesty’s Government in order to acquire the ‘legal property and other rights in perpetuity’ pertaining to the ‘unalienated land’  stipulated in section 48 and 49 of the ‘1923 Letters Patent’ – Constitution.  The ‘unalienated land’ being the same land that was in the process of being ‘returned to its rightful owners’ by the Mugabe regime.

At the time, this demand, a precondition that had to be met in return for self-governance, outraged the ‘settlers’ who correctly complained a parsimonious British government had contributed precisely nothing to the entire occupation and settlement process and were therefore not entitled to receive any payment at all. However the ‘settler’ political leadership of the day prevailed upon their constituents to accede to the demand in order to conclusively clear all real or invented liabilities so the greater goal of nation-building, unfettered by debt, could be engaged upon.

Thus it was, the Rhodesians grudgingly agreed, payment was made (ahead of the time demanded) and a contract of purchase and sale therefore took place.  It is on the basis of that contract that successive title was transferred leading up to the seizures starting in 2000.  The question that then arose was, was Mugabe correct, and did the British government of the day ‘sell’ the settlers something they did not own; technically ‘stolen property’? And if they did, were they not then liable for having fraudulently misrepresented themselves and obliged to compensate successive title holders accordingly? On the face of it, it certainly looked like the purchasers and their successors in title, were the losers in a sale where the vendors fraudulently misrepresented themselves.

When I raised the possibility of suing the British government for either fraudulent misrepresentation or breach of contract, it was pointed out to me the existence of the English legal maxim stating quite simply and bluntly that ‘The King is not a thief’ and therefore the Crown cannot be held liable.

As it turned out, while I was focused on challenging the British government, decisions were taken by representatives of the aggrieved parties to act closer to home and litigate against the government of Zimbabwe for breach of their property rights enshrined in the constitution. This ran into trouble with the forced removal of Chief Justice Gubbay and his replacement with a politically compliant jurist in the form of Godfrey Chidyausiku who heard the case and through following a twisted line of legal reasoning, concluded that the seizures were indeed legal. Other efforts to seek a fair hearing on related issues were summarily rebuffed.

With that option exhausted the dispossessed, represented by the late Mike Campbell and 76 other displaced farmers took their application to Windhoek where they approached the SADC Tribunal. This court was set up with the noble intention of acting as a last court of appeal for citizens of SADC countries who felt they were denied justice in their home countries with decisions of the court being binding on all member countries. The verdict was extremely encouraging.

However, in the great African tradition, when the law gets in the way of the political will, simply dispense with it and be rid of the enforcers. Mugabe, energetically supported by SA President Jacob Zuma, simply disbanded the Tribunal and dismissed the troublesome judges. And that was the end of that.

While remedial action is still being sought in the SA courts, I recently linked up with Mr. Will Keys, a former BSAP Inspector, retired solicitor and officer of the Queensland Supreme Court now living in Brisbane. Together with him and with help from a small group of well informed and interested parties we revisited the possibility of launching an action based on the ‘1923 Letters Patent’. We sought to litigate a legal redress and secure the return of the £2,000,000 at 5% compound interest which would have amounted to a sum of over £200,000,000 which was to be placed in an International Rhodesian Trust and used to compensate the many who have suffered so terribly since 2000.  In this endeavour we engaged top Queensland QC, Mr. Nick Ferrett, to whom we are indebted, but it appears our hopes may have been dashed.

We are informed that, “The binding terms of the ‘Letters Patent’ in the 1923 Constitution were annulled by an arbitrary enactment in the British Parliament, which they termed the Southern Rhodesia Constitution of 1961.”  Unfortunately, the Southern Rhodesian voting citizenry, naively voted in a referendum, to accept the 1961 Constitution.  This appears to have sealed the fate for Rhodesians and exonerated Her Majesties Government  from responsibility and accountability.

While the British government routinely disburses hundreds of millions to support governments in Africa that are corrupt and destructive, they have not contributed a penny to alleviate the plight of the millions of victims who suffered so mightily at the hands of a man they groomed for power and joyfully anointed. There is no doubt in my mind the underlying reason for this callous disregard for the victims of this monstrous injustice is the perception, although utterly erroneous,  that the victims were white farmers from a colonial heritage and for that reason they are deserving of no compassion, let alone compensation.

For the little it’s worth, I say sod the maxim; I believe the ‘King is indeed a thief’ and crime sure as hell pays.