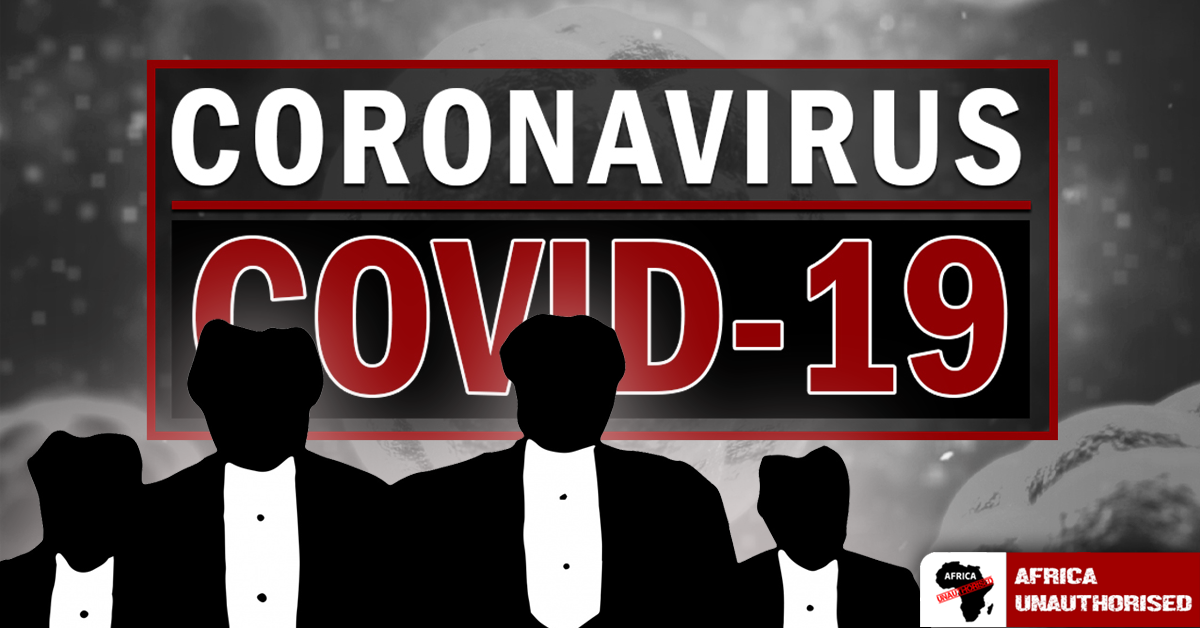 I have been a Covid sceptic from the outset; not because I know anything about science or medicine, but because I picked up some early signs that gave me a hunch this might not be the devastating plague we were being told it was.

With the global narrative being led by the WHO (World Health Organisation), which I knew was heavily influenced by the Chinese, who almost certainly had a hand in causing the problem, I was underwhelmed by the warnings of imminent catastrophe, being broadcast by their head, Tedros Ghebreyesus .  Here we had a professional politician of highly questionable principles, in the thrall of the Chinese who put him in that position, with little or no real knowledge of epidemiology, making decisions that would impact on the lives of billions of people.

I also noted early on that most of the scientists, led by the much-vaunted Professor Neil Ferguson of London’s Imperial College, were of a far-left political persuasion, who outside of the medical arena, are firm believers in the wonders of big governance; who consider the world is a better place when politicians and bureaucrats are allowed to make all the decisions, and the individual must show unconditional fealty. These decisions include the limits to personal freedom they will impose by fiat, and what chemicals are to be injected into the bloodstreams of the stupid citizenry.

This particular individual was shown to be the dishonest hypocrite he undoubtedly is when he was caught indulging in illicit sex in breach of the rules he substantially framed! His example was emulated by Matt Hancock, the UK Health Secretary, the man responsible for converting Ferguson’s ‘science’ into law, when he too was caught ‘breaking the rules’ with a woman who was not his wife. More recently it has become known that PM Boris Johnson, his wife Carrie, and most of the 10 Downing Street staff, have been having a merry time, partying hard throughout the so-called pandemic, in brazen violation of the rules they mandated for the English people. What all this tells me, is that all these, important and powerful people, were actually, like me, sceptics all along, but happy to pretend otherwise, in order massively to curtail civil liberties on a scale more punitive than those imposed by Churchill’s administration in World War 2.

Across the Atlantic, the man leading the terrorising campaign was Antony Fauci, Director of the National Institute of Allergy and Infectious Diseases. One should not judge people by their looks, but he struck me as a creep from the start and I’ve seen nothing to change that view. Based on his reaction to the discovery of the HIV virus back in the 80’s, there was every reason to be sceptical of his pronouncements on Covid.

AIDS first appeared among the homosexual communities on the east and west coasts of America in 1981. Statistics soon showed that this disease manifested itself mostly in gay men, intravenous drug users and haemophiliacs. But Mr. Fauci chose to ignore this particular ‘science’, which he thought stygmatised gays, and sounded the alarm signalling the virus was a threat to virtually everyone, no matter their sexual preferences or mores. Four years later, with no proven cases of heterosexual transmission in the US he still communicated the same message but went a step further to warn that the virus was found in saliva, so kissing was a possible means of transmission. Not surprising then that he leapt aboard the Corona bandwagon with alacrity and has been getting everything wrong ever since.

It was also in the early stages that the cruise-liner, ‘Diamond Princess’, docked off America’s west coast, with 3,711 passengers and crew, and announced Covid-infected passengers were aboard, many of them elderly. If the doomsayers were correct, with this number of vulnerable people in a confined area, serviced by a single air-conditioning system, providing the perfect nurturing environment for the dreaded virus to have its deadly way, a tragedy was surely about to unfold. Well, this is not what happened; no healthy people perished; reports vary, but up to nine died at varying times following the ship’s infection;  most, or all of the deaths involved people over 80 with co-morbidities. Here, for all who were interested in a better understanding of the alleged threat, was a very compelling reason to conclude that the dangers were being deliberately exaggerated.

On top of this we had the usual suspects in the mainstream media, at their hysterical best, churning out mountains of dodgy data, while warning us that if we did not race inside our homes, close the windows, lock the doors and disappear from view until further notice we were all likely to die. Dissenting views, no matter how well informed were summarily banned from the airwaves. All along, it was interesting, and for me disturbing, how little media attention was paid to Sweden, one of the few countries where sanity prevailed, and harsh lockdown rules were eschewed, without the resultant catastrophe the scientists and politicians in the rest of the world predicted.

The politicians, never ones to miss an opportunity to grab more power, licked their chubby chops and chuckled because suddenly, thanks to the universal command to ‘follow the science’ they had been gifted an opportunity to rule by virtual decree, unconstrained by parliament or any other mechanism designed to moderate virtual absolute rule. With few exceptions they snatched the opportunity and wrecked millions of lives.

When our own President Cyril Ramaphosa first appeared on television with a faux forlorn look on his face to tell us, his much loved ‘fellow South Africans’, how sorry he was that he was going to make our lives harder by locking us up, closing our businesses and schools, and denying us booze and fags, I did not know whether to laugh or cry. Here was a man, who leads a party that has really done little else during its tenure in power than enrich itself at the expense of the people they are pledged to serve, suddenly transformed into our guardian angel. My mood was not enhanced when I discovered how many people I knew actually believed he was sincere but then; although I did not realise it immediately, I was in a very small minority. Most polls suggest over 90% of the country was fully supportive of the drastic measures ordered by the government. Such is the power of propaganda aimed at scaring people witless.

This was a difficult time once again to be at odds with the received wisdom of the majority. When a mass panic spreads and people who decline to be similarly scared are seen as being pariahs and a threat to society. I did not have a lot of friends in my neck of the woods when this nonsense started and I have fewer now; but out of this I salute Nick Hudson and the wise and courageous few who make up the PANDA  (Pandemic Data and Analytics) panel who raised a credible, intelligent and articulate voice in the face of the universal madness, and provided those of us who simply wanted to know more than what was being trotted out by the mainstream, the information to buttress our positions. Without going into all the details, their position all along was that the virus posed a serious health risk but one that had been exaggerated and I believe that sums it up.

Recently the US Centre for Disease Control, released a report after tracking over 1 million people across the spectrum and concluded the chances of being in good health and dying of Covid alone was 1:150,000. The risk of being killed by lightening is greater so to all those who ran inside when Corona came calling, maybe you should stay there.