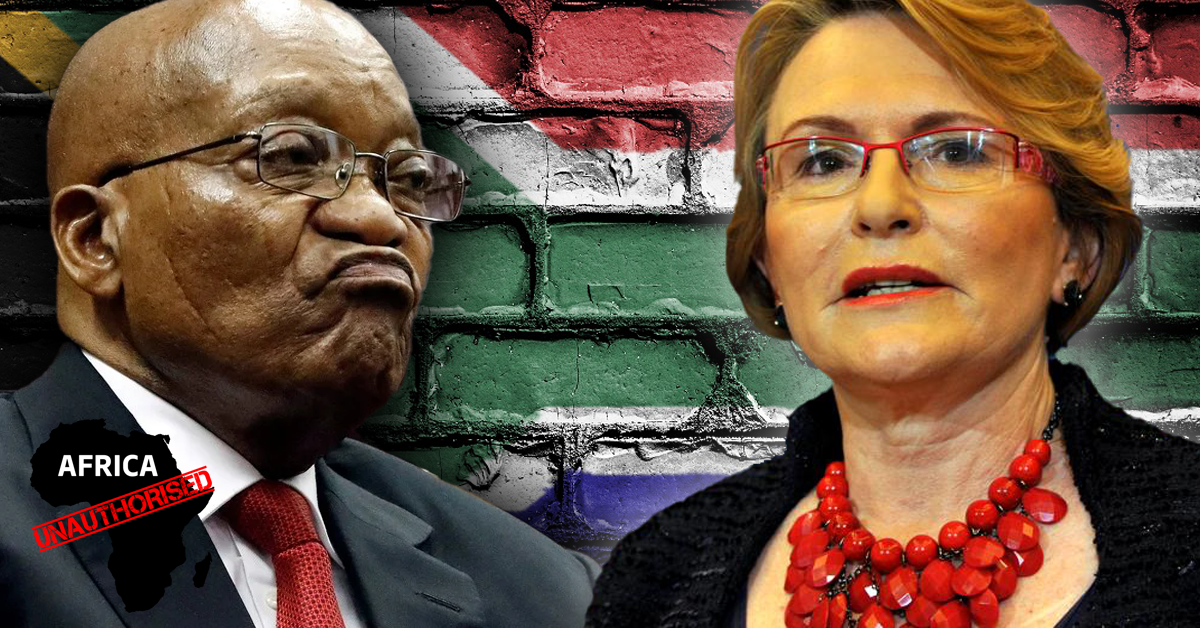 A fortnight ago, Helen Zille, former Democratic Alliance Leader and Western Cape Premier, published an article that was an intriguing, some might say patronising, defence of disgraced former president Jacob Zuma following his recent imprisonment.

While reminding readers she had been a fervent political foe of Zuma’s and spent years pressing for his prosecution, she explained his plight, and the country’s from a different perspective and made a crucial point that I well remember former Rhodesian Prime Minister Ian Smith trying to make.

As leader of a pariah nation, Smith repeatedly pointed out that liberal democracy was a sophisticated political process that could not be simply foisted upon a native people steeped in a totally different culture that accepted of a form of rule where the king, or chief was unelected, unaccountable and where there were no written laws. He rejected the accusation that he was a ‘racist supremacist’ driven by a desire to protect ‘while privilege’ and tried to explain that all that was needed was time for Africans to be absorbed willingly into a system that they would support once it was better understood. His pleas for patience and understanding fell on resolutely deaf ears and the rest is history.

Of interest to me, Mrs. Zille made precisely the same point in her defence of Jacob Zuma. He, and his leadership, she insists, had never understood, nor fully embraced the constitutional democracy they undertook to uphold. Zuma, in his mind and in the minds of many he governed, was a king in the Zulu tradition and all the spoils that accrue with the acquisition of power were his for the taking. The suggestion that he was ‘corrupt’ was an entirely European, ‘white supremacist’, colonialist view of his conduct. The transition from one form of governance to another had been too rapid leading to the rejection of the new in favour of the old.

Unfortunately, in the post-colonial world, the supposition has prevailed that Western democracy, with its proven success in Europe and North America is the best system that fits all polities, and it has been forbidden to suggest that any race or ethnic group might be, in any way challenged by adopting it. This fundamental falsehood has scuppered any meaningful debate of the question and has proved a calamitous mistake in Africa, and it is proving thus in South Africa. There is no escaping the fact that the reaction to the forced introduction of European systems of governance on the continent has set the stage for more than 100 coups and entrenched a period of catastrophic misrule that may go down in history as the greatest man-made political disaster in history.

What cannot be ignored is tribal conflicts and rampant slavery predate the arrival of European settlers and the introduction of alien forms of governance has been done in the face of entrenched hostility that can be suppressed but not eliminated. As a result, South Africa, like most other African countries, is inherently unstable.  It is the ultimate battleground for two utterly opposed systems of governance – democracy vs the absolute power of tyranny.  To understand the nature of the African model of tyranny the example of Shaka the Zulu King stands out as enlightening.

It is against this backdrop one must ponder the recent riots and looting that have wreaked havoc in the country. For years, concerned South African across all spectrums and racial groups have been warning that the country’s pursuit of obsolete socialist doctrines that suffocate the vibrancy needed for economic growth, egregious misuse of the public purse, tolerance of endemic corruption, useless municipalities, were all leading to growing poverty and putting the country on a trajectory to trouble. The ANC ignored its critics preferring to blame Jan van Riebeek and a succession of ‘imperialist’ forces that have worked diligently to undermine the efforts of the formerly oppressed.

With the country in state of volatility, an undoubted catalyst, has been the hardship wrought by the harsh and occasionally nonsensical ‘lockdowns’ introduced by a delinquent government that having stolen most of the national wealth, suddenly declares itself dedicated to the health and safety of the populace.

Seizing the opportunity to appear benevolent and sensitive to the needs of the governed, our rulers have followed the lead offered by governments of rich, relatively well-run countries that can probably afford to inflict some damage on their economies in the perceived belief that protecting people from the harmful effects of the Corona virus is the most pressing issue of the day. This was never the case in South Africa, or Africa for that matter, where, for the vast majority of the people, finding enough food and simply staying alive, is of far more concern than Covid-19.

While growing poverty lies at the root of the problem it does not tell all the story. Lawlessness breeds opportunism and not all the looters were thin and starving, many were well fed louts looting luxury goods; indeed, one eyewitness recognised an Old Boy of Kearsney College (the most expensive private school in SA) loading electronic equipment into the boot of his Mercedes Benz.

What is deeply troubling is the speed with which the violence spread and the obvious impotence of the law enforcement authorities in the face of angry mobs looking to liberate booze, food and televisions rather than Jacob Zuma. As the authorities busy themselves with disarming a law-abiding populace that could be a force for good, it looks like this government’s actual ability to control events on the ground is highly questionable. This tells us it could be overthrown, leading to a reversion to inter-tribal violence, anarchy and the advent of yet another African failed state.

Some people did predict this but of course they were all ‘racists’ and therefore undeserving of a fair hearing.

10 thoughts on “South Africa On the Edge; the Root of the Problem.”

London and the World Politics and History

The End of a Superpower