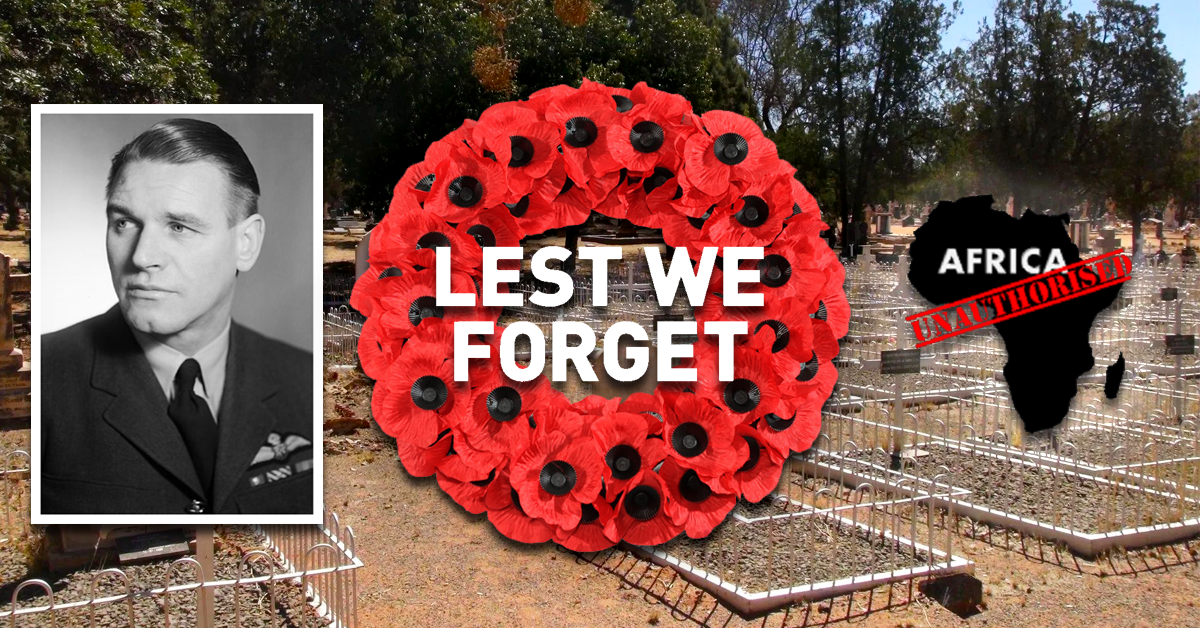 Health and weather first, the domain of the elderly. Me fine, thank you for asking. It has been a wet ten days or so here on the fringes of the Kalahari with close on 100 millimetres falling, and amazingly, we all survived although our three subways in Kimberley filled up and remained that way for several days. Unbelievably, several vehicles attempted to drive through this 2 metre deep pond and naturally failed. Happens every time.

The drying out of the roads when the sun finally shone through showed that the millions of potholes had become deeper and that the thousands of underground water pipe leaks had increased their flow considerably. Nothing has been fixed this year at all as there is no money but the councillors got their salary increase all right. I did have a chuckle reading in Friday’s local weekly rag, the Diamond Fields Advertiser, in that the suspended city manager and CFO would not get the increases that the managerial staff would receive shortly. I should hope not. They have been suspended for over 2 years now and no court case or disciplinary in sight yet. They could be on the payroll forever.

Today is Remembrance Day throughout most of the western world when we remember all those that fell in (mostly) World War I and World War II, but not in Kimberley. As mentioned last Sunday, the local municipality has decided that with the plague still hovering there is no need for one. Fine to have a party or two though…

Lying buried in Kimberley’s West End cemetery is a man who survived World War II, but died at the relatively young age of 53 years in September 1963. His grave, cleaned up every now and again by military history enthusiasts, is not visited by many, but yet he is probably the most famous soldier, sailor or airman to come out of South Africa during World War II.

His surname is Malan and he comes from the Wellington area in the Western Cape – Adolph Gysbert Malan to give him his full christened name.

No, not Adolph Weich Malan who some may even recall as having played 159 matches for the Blue Bulls and 7 tests for the Springboks as a lock in the late 1980s and early 1990s.

The Royal Air Force pilot Adolph Gysbert Malan, more commonly known by his nickname “Sailor”, reached the rank of Group Captain before he retired at the end of the war.

The most famous RAF pilot (and who became an Air Marshal after the war), Johnnie Johnson, rated “Sailor” highly.

“During the Battle [of Britain] no one fought harder or led his men better than the lion-hearted South African, and his combat claims were always very modest. For the remainder of the war, Sailor continued flying and teaching. He embarked on a private crusade to spread the word about his basic rules of air fighting – soon called ‘the ten commandments’. He did much to improve our gunnery training, returning home when it was all over. The RAF’s greatest fighter pilot and leader died in 1963, after a long and painful illness.”

A brief overview is necessary.

Adolph “Sailor” Malan was born in Wellington, Cape Province, on 24 March 1910 and joined the Union Castle Line of the Mercantile Marine at the age of 15, from which service he derived his nickname “Sailor”. His initial seafaring training he received at the South African Merchant Navy Academy, and was one of the stars produced by that fine training ground for quiet heroes. His wife Lynda always called him John, and it was by this name that he was known to a few of his closest friends, but to his Squadron as a whole, and to the world, he was, and always will be, “Sailor”.

When the danger signs from Nazi Germany were recognized, he learned to fly on Tiger Moth aircraft at an elementary flying school near Bristol, England, and he first took to the air on 6th January, 1936. From there he graduated to more advanced types of aircraft and learned the first steps of his new profession. He duly passed the course and received his pilot’s wings. On 20th December, 1936, he was posted to No. 74 (Fighter) Squadron. It was his first and only squadron, and was the squadron’s most famous fighter of all time in the opinion of all those who served in it.

This was the great Tiger Squadron (so called because of its fierce fighting record and its badge: a tiger’s face surmounting the motto “I Fear No Man”) which the young Malan heard about when he reached Hornchurch. Few dreamed then that under his leadership the Squadron would achieve even greater fame in the desperate years to come.

In January, 1937, Sailor was promoted to Pilot Officer and while in that comparatively humble rank was appointed in August, 1937, as acting Flight Commander of “A” Flight. He quickly showed that he was an outstanding marksman in air firing practices and, as a Flight Commander, soon developed qualities of leadership which established him as a first-class shot and a fine leader.

He was promoted to Flight Lieutenant just before the war began, and at ten minutes to three on the morning of 4th September, 1939, fifteen hours after war had been declared he led Red Section of “A” Flight into the dawn sky. He was flying Spitfire K9864, and was ordered to patrol to intercept an enemy raid approaching the British coast from Holland. The “raid” was later identified as some friendly bombers returning to Britain and the frustrated “Sailor” landed just after four in the morning. However, 74 Squadron had been into the air with attacking intent for the first time since 1918; they were at war once again. After the fierce fighting over France on 28th June, 1940, Sailor was awarded the Distinguished Flying Cross. King George VI presented Sailor with his DFC, and Sailor commented:

“The first letter of congratulation that I received came from an insurance company, a firm whose correspondence used to frighten me because the only time they ever wrote me was when I was behind with my premiums. This time they never mentioned a word about any money owing.”

He was given command of 74 Squadron, with the rank of Acting Squadron Leader at the height of the Battle of Britain on 8th August, 1940. Three days later the Squadron was in battle. The day became, for ever, “Sailor’s August the Eleventh”. The order was received at twenty minutes past seven to intercept a hostile raid approaching Dover. Little did the squadron know that they would participate in four separate air battles that day. When the Squadron, weary, sweaty and oily, finally returned to base after the fourth sortie, they had downed an astounding 38 enemy aircraft.

Sailor Malan said later, in one of his masterly understatements: “Thus ended a very successful morning of combat”. For the first day of action under his command it was successful even by 74 Squadron standards.

Decorations awarded to “Sailor” were:

Bar to the DSO

Bar to the DFC

In addition, he was awarded the following decorations by Allied Governments:

The French Legion of Honour, in the degree of Officer

He was the outstanding fighter pilot of the 1939-45 war, and by the end of 1941 was the top scorer with 32 kills, plus 2 unconfirmed – a record which he held for three years. But he was much more than an individual performer. He had assimilated the fierce and fanatical “tiger spirit”, and this spirit he inspired in others so that he carried the Squadron to great deeds with him.

Sailor’s “Ten Rules for Air Fighting” are the classic tenets for successful air fighting for as long as there are manned fighters. They were pinned up in their shortened form in many crew rooms, and those who followed them often lived.

TEN OF MY RULES FOR AIR FIGHTING

Sailor Malan left the Royal Air Force and returned to South Africa in 1946. In the 1950s he formed a protest group of ex-servicemen called the “Torch Commando” to fight the National Party’s plans to remove Cape coloured voters from the common roll. The Cape coloured franchise was protected in the Union Act of 1910 by an entrenched clause stating there could be no change without a two-thirds majority of both houses of Parliament sitting together. The Nationalist government, with unparalleled cynicism, passed the High Court of Parliament Act, effectively removing the autonomy of the judiciary, packing the Senate with NP sympathisers and thus disenfranchising the coloureds.

In a speech at a rally outside City Hall in Johannesburg, war hero “Sailor” Malan made reference to the ideals for which the Second World War was fought:

“The strength of this gathering is evidence that the men and women who fought in the war for freedom still cherish what they fought for. We are determined not to be denied the fruits of that victory.”

The Torch Commando fought the franchise battle for more than five years. At its height the commando had 250 000 members, making it one of the largest protest movements in South African history. DF Malan’s government was so alarmed by the number of judges, public servants and military officers joining the organisation that those within the public service or military were prohibited from enlisting.

Sailor Malan was diagnosed in the mid 1950s with the rare Parkinson’s Disease, and according to all available sources, succumbed from the disease on 17 September, 1963. He went to England for several years in an attempt to get better treatment, but returned to Benfontein and South Africa. The original West End hand-written cemetery register, based on the death certificate, states that he died from broncho pneumonia.  Netdoctor.co.uk states that seriously affected Parkinson’s Disease patients die from complications such as pneumonia, septicaemia and a strokes among others. One person in about 500 are affected by Parkinson’s, brought on in certain cases by severe emotional trauma and/or stress.  This Sailor most certainly had during World War II.

It is a mark of the esteem in which his fellow countrymen hold him, that they set up a “Sailor Malan Memorial Fund” which raised R 20,000 to promote bursaries at the University of Witwatersrand for the study of this malady.

To those who served with 74 Squadron during anytime between 1936 and 1945 he was the greatest leader of them all. As a small token of their esteem, 28 of those remaining presented a ceremonial sword to the Squadron in July, 1966, at Headquarters Fighter Command, in proud memory of Sailor and in honour of his exceptional service to the Squadron. It is intended that this Sword should serve as an inspiration to those coming after, so that his high standards of courage, determination and leadership shall live on.

John Mungo Park (who succeeded Sailor as Commanding Officer of 74 Squadron) said before he himself was tragically lost in 1941:

“What I like about Sailor is his quiet, firm manner and his cold courage. He is gifted with uncanny eyesight and is a natural fighter pilot.”

To read Mungo’s words is almost to hear Sailor’s quiet strong tones calling: “Let’s cut some cake. Let ’em have it!” as if the years had not slipped away, and as if his mortal remains did not lie beneath the Kimberley sun, so far from the English skies in which he fought so well.

In conclusion, Sailor Malan was a man who, more than any other, could quote the motto of 74 Squadron, and say in all truth: “I Fear No Man.”

2 thoughts on “SOS – Steve On Sunday”