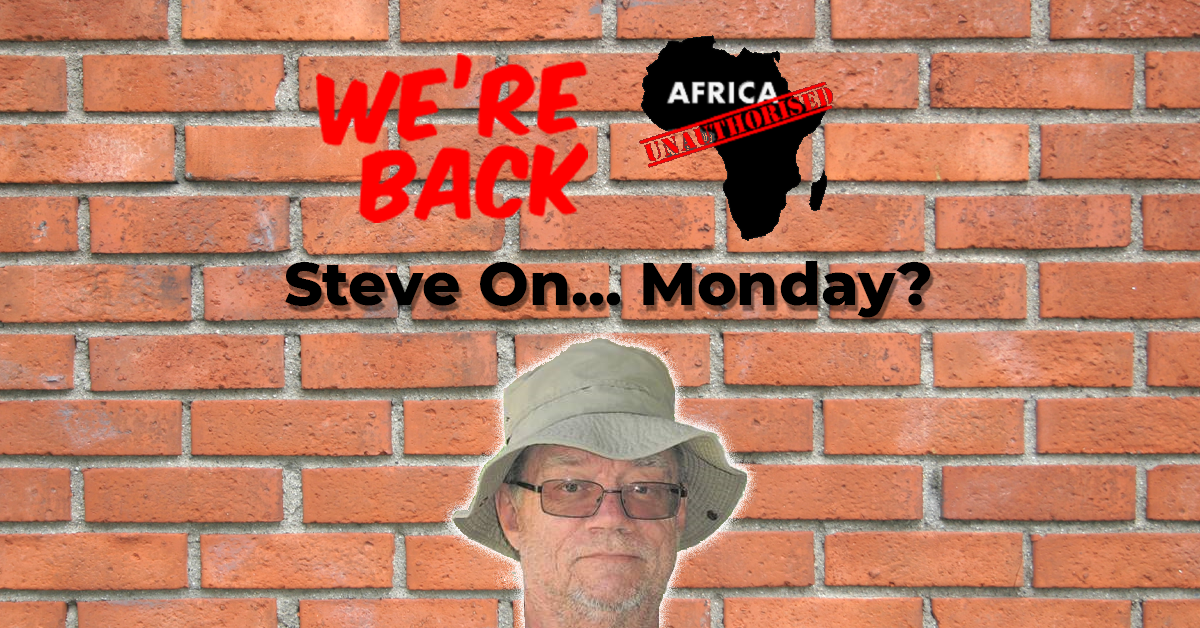 The enforced and involuntary Lockdown has been on the go for some 160 days (roughly), and I thought it perhaps good (or bad) for all of us if we scroll back this short while in time and see what we, and especially I, have learnt during this frustrating time. If anything. If anything other than corruption that is. That’s a constant.

Please do remember, that in mentioning the word ‘learnt’, my teachers in those now faraway days of the 1960s and 1970s were not particularly enamoured with my perceived learning skills nor concentration abilities and they feared for my future. I still fear for my future.

Despite daily exercise the first 35 days of the lockdown I managed to put on 3 kilograms. Well, I did still have some strongly flavoured beverages each day to calm my shattered nerves. I was very keen on exercising – at least twice a day on circuits around the garden, but this keenness died when my leg muscles decided they were too aged for this nonsense.

I broke the law, as did many, but not too much as in those first few weeks – we all believed that government needed the total lockdown to get the medical equipment, hospitals and staff ready for the imminent arrival of the viru* from Chin*.  We really believed it. Seriously? How naive could we be?

We did learn that not too many health departments nor hospitals were ready and they are still not. What our leaders, bless them all, did in those first 35 days was to get extremely bureaucratic and introduce five levels of getting back to the pre 26 March 2020 levels. Bugger the hospitals and all that nonsense, and while we’re about it, let’s try and do some looting of emergency funds.

The plague in South Africa, while the numbers are high, was not as damaging fatality wise as forecast by so many wise and eminent figures. Even I was surprised by the low levels of death emanating out of certain areas in our beloved country. Which of course is good news. I would still like to see the deaths from Tuberculosis, HIV/AIDS and malaria compared to those from this current plague.

The Spanish Flu epidemic of 1918/1919 cannot be mentioned in the same sentence as the current plague. The Spanish Flu casualty figures are so much higher. Check the figures yourself if you do not believe me.

Television, especially CNN, and then down to Sky and our local channels, were all geared up to continually batter us all with facts and figures of the pandemic and to keep us in a perpetual state of fear. All it did was confirm my decision some years back to do away with TV. (I was at another house the first few months of lockdown that had a TV). I tuned in daily for some time until it became too much to listen to media controlling our fear levels, continually.

Also learnt that CNN does not like Donald Trump. Whether one likes him or not the way CNN has gone for him is surely embarrassing for those in the media. Perhaps not these days.

Books can be read for the umpteenth time, and with pleasure.

Gardening is a joyful task, especially the end result.

Birding, even in your own garden, is a most relaxing form of meditation in studying the work of God.

Sleeping became an important part of my life. Up to ten hours a day from about five hours. Have no idea if that is good or bad. I learnt to sleep again.

I learnt that without tourists and travellers those in the hospitality and tourist industry have zero income. Most of them anyway.

Government became extremely petty with their rules and regulations and the enforcement thereof. The men and women in blue were encouraged by their leader to actively search out alcohol and nicotine carriers, this apparently ahead of even attempting to catch criminals and murderers.

Government in all aspects seemed to love the power and control they suddenly had. They still do and it is going to be difficult for them to give it all up. Watch this space a year from now when the sixteenth wave of the virus is passing by and we are on Level 1 Part 656.

Us peasants all knew, but government found out the hard way that the highest power in the land was not them nor the judiciary but the taxi bosses and their millions of vehicles. Our leaders, Bless them all again, backed down and pretended they were in charge. At one stage they called themselves the National Command Council but were forced to return to the original title of National Coronavirus Command Council. Methinks they had plans for a coup de tat – the council taking over completely from parliament.

The laws regarding social distancing and the wearing of masks have not been adhered to except in shops, eventually. Otherwise it is party time. Especially after Level 5 was introduced after the first 35 days and many of us learnt that we are sort of powerless. Except the taxi industry of course. Of course you also learnt, but you may have known it, that the taxi industry do not pay taxes. Lovely life is it not?

Many businesses closed permanently due to lockdown. Frightening to know that all government, regional, district and municipal employees all got paid their full salaries during lockdown. In many cases, and still is, certain departments or sections are only working a half day, this every second day, therefore 2½ days work every two weeks! Five days a month on full pay!

I presume that SOEs got paid.

Guess who did not? Most of the private industry who pay the salaries of government etc via the myriad tax forms. We learnt that government is in trouble. Do they know that? Have they learnt that? Take away the tax base and suddenly you will not have a salary.

What else did some of us learn?

Some of us learnt we had the dread disease called golfitis and suffered major withdrawal symptoms. Many golf courses also closed permanently.

No live sport. Who did not get tired of the so many repeats of winning the 1995, 2007 and 2019 rugby world cup? And other classic sporting moments like South Africa winning the cricket world cup. We have not won it yet, you say? Oops, sorry. Maybe one day but the way cricket is going in this country, sadly I may add, the sponsors must be lining up to pull out. All two or three of them.

Joggers and surfers. Apart from the taxi owners, joggers and surfers became the very public face of early anarchy. Who can ever forget the jogger casually running on the beach and a policeman trying to stop and arrest him? That was and still is hilarious.

The medical fraternity too, were forced to cancel the majority of planned operations. This decision has only recently been rescinded.

The introduction of the South African National Health plan is doomed. Based on what we all saw on TV and read in the media there is no chance of this succeeding – ever! Heaven help us all in this regard.

A general clean-up of carports, garages, store rooms, and desk drawers was conducted by virtually everyone. Many of us actively looked for something to do. Many charity shops will be delighted with what has come in or is going to come in.

I attempted a few different culinary dishes. Back to my normal fare now.

The beggars and criminals slowed down the first 35 days. After that it was back to normal for them. Crime in certain areas of Kimberley peaked dramatically during Level 4 and 3, even with the curfew. Security firms and manufacturers of burglar proofing have all had a massive increase in business. Someone other than government scoring here.

There are many matters both important and mundane that we have all learnt about and from.

My personal favourite is in comparing the circus of the 1960s to the circus of 2020. The current circus beats the older variety hands down.

With so many ringmasters, many, many clowns, and lots of sawdust and manure, today’s circus has kept us undeniably entertained in comparison to those of the 1960s where it lasted two hours at most.

The sad part is that there are no man-eating animals in today’s circus. What a difference that may have made. In deference to August being Women’s month, the animals are only allowed to eat males.

We will all have our own stories of what we have learnt. Many of you will relate to some I have penned.

I tell you what though, the biggest lesson I learnt was to stock up on alcohol. To stock up for six months and not just for three weeks.

Have a good one.

2 thoughts on “SOS – Steve on Sunday”