Skip to content
London and the World Simon Lincoln Reader 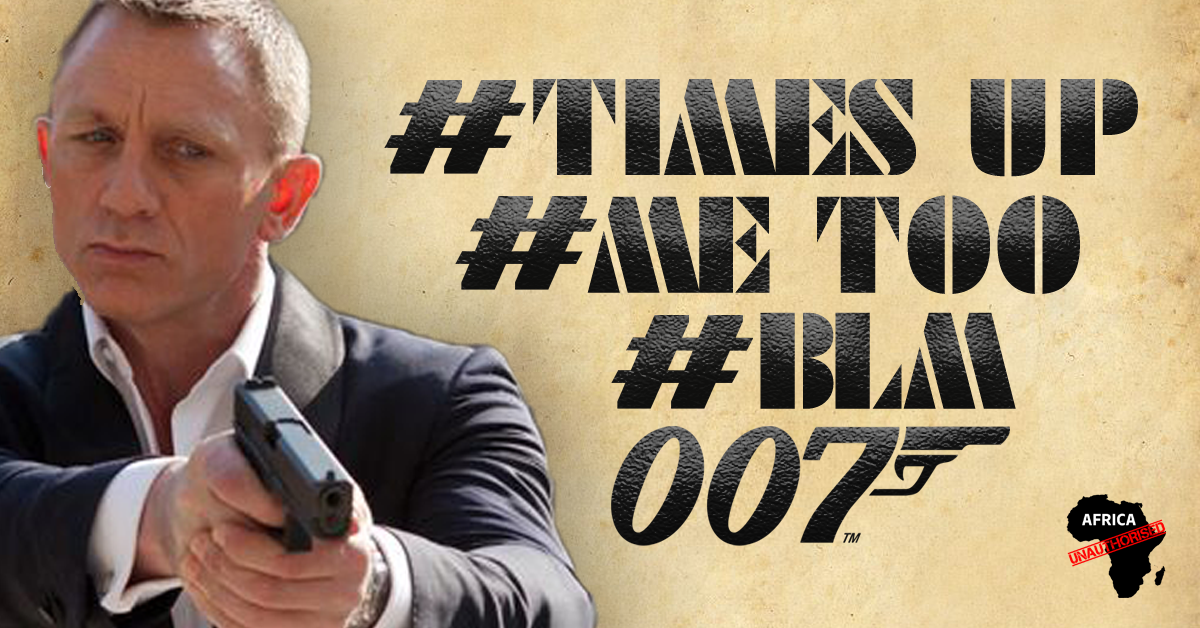 Nothing can articulate just how bad the new Bond is.

I WAS RAISED ON Thunderball, For Your Eyes Only, Moonraker, A View to a Kill and Live and Let Die. I liked The Living Daylights, and was recently reminded about its heroic portrayal of the Mujahideen in Afghanistan. The generation before mine swore on Sean Connery; I preferred Roger Moore, but I thought much of the criticism occasioned upon Timothy Dalton unfair. Brosnan wrecked the joint with silly plots and gadgetry; Craig was acceptable in Casino Royale and, to an extent, Skyfall – but not in Spectre or Quantum of Solace, which were both anticlimaxes (particularly the former). And so to this, infuriating, at times painful and ultimately almost beyond contempt shambles – much like western civilisation at present – damaged, insecure, confused and riddled with unnecessary guilt.

Cary Joji Fukunaga wasn’t woke when he directed the first series of True Detective. A remarkable scene in “Who Goes There” (episode 4) consists of a single, near-six minute take without a cut. It takes place in a crack den, and there’s nothing remotely progressive about what unfolds:

So when Fukunaga was called at the departure of Danny Boyle (ostensibly the notoriously left-wing Boyle vacated No Time to Die as his desire to “lead Bond into the new age” wasn’t being taken seriously) I was relieved. But it is obvious that the forces outside of the sets – and indeed the spirit of Ian Fleming – were summoned in enough numbers to triumph.

The film itself is like wading through a sewer, where every now and again one encounters a floater symbolic of these forces or obsessions that left Bond prostrated. There was #Metoo and the corrupt #TimesUp. #SlayKween bobbles around too, but the biggest of them all are #BLM and #NoJusticeNoPeace. Just when you think it can get worse, all floaters combine into an enormous one – with a tail – the unintelligible alphabet of today’s protected classes. Its inescapable, leaves you pining for an extinction level event, preferably a meteor strike.

In the mid 2000s I researched the formula Ian Fleming applied to writing a Bond. After waking up on his estate Goldeneye in Oracabessa Bay, northern Jamaica, Fleming would write 1000 words before exercising, usually tennis, before lunch – which was a table set overlooking the bay, with cocktails featuring servants immaculately uniformed – even if he wore only Dr. No shorts and a safari suit shirt. After lunch he’d rest before writing another 1000 words. Following that he would spear fish, or snorkel, before returning home to his wardrobe featuring his beautifully tailored dinner jackets by Anthony Sinclair of Montagu Square. Dinner would be held at the exclusive Liguanea member’s club, after which he hit the tables, usually Chemin de Fer.

This Bond acts out as though the writer woke up in a squat in Tower Hamlets and spent much of the morning chewing quantities of benzodiazepines as a means to navigate multiple identity crises. Admittedly they didn’t have an island to spark their imagination, but surely there’s no excuse for compiling Twitter screenshots belonging to the world’s whiniest, meanest accounts – all from the screeching social justice left – to use as the treatment foundation? Lunch would consist of those awful falafels on Hampstead Heath (but the diversity…) with a group of similarly confused activists all sitting in the wind muttering about whether Sky TV’s terrible anti-racism campaign is in fact, racist: “solidarity with our comrades confronting Dave Chapelle”, one squeals, raising a fist.

One of the writers was Phoebe Waller-Bridge. Never heard of her? Don’t take it personally – Ms. Waller-Bridge is an accomplished writer…of comedies. Not Bond. In 2020, a reporter was jeered for suggesting she was a diversity hire; in 2021, post the premier, it was revealed that she was drafted in to ensure an end to Bond’s legendary sexism – in other words, exactly a diversity hire.

It gets worse. Just as offensive as the tale is the music. This is particularly enraging – I apologise in advance for colourful language – but I’m a man of the John Barry and City of Prague Philarmonic Orchestra school.

Hans Zimmer – you mother*****. You took a body of great, unusual work – and shoved soulless, programmatic blank blocks up its rectum: as soundtracks go, this is the music of a Belgian nudist colony, where every shitty, artificial note hits your ears like Mr. Meghan Markle beating his wife Harry in the face with a rubber replica of a horse’s reproductive appendage. Every composer remained loyal to the original score (even Eric Serra in the Brosnan era). David Arnold was particularly creative in his theme extension of “Vesper” in Casino Royale – it worked because there was familiar consistency (“Vesper” also briefly features in No Time to Die – thank goodness). But on this score, no way, it is like an Andre Rieu techno-violin explosion of trans rights and renewable energy and floor-jacks-for-the-obese in Luxembourg (a-ha performed the last theme song worthy of the Bond I knew back in 1987: since then I have stuck my fingers in my ears for the opening sequence – I’m really not interested in what Sam Smith – they/them – or Greta Thunberg’s miserable little basement gamer of a cousin Billie Eilish has to shriek about).

Official soundtrack No Time to Die, by Hans Zimmer. Album artwork by the husband of the Prime Minister of Luxembourg.

Waiting in the wings for reviews was the absurd arrangement Rotten Tomatoes has with its culture war sleepers: they were not activated for reviews of National Geographic’s Fauci or Netflix’s The Closer – but this was too big an occasion for honesty to prevail – so left to people who know nothing of the real Bond, didn’t see the film or were emailed talking points. As of writing No Time To Die has a magnificent score on RT – accompanied with some nauseating gushing about the ending.

To me Bond was a study in refinement. Forget the seduction or exploding pens – and observe Roger Moore’s exquisite table manners in Octopussy, eating soufflé opposite Kamal Khan, just before sheep’s head was served. This subtle messaging was critical: Bond was a creation of trusted, discerning order, and that order represented three fundamental things of the man’s world – 1) solving problems; 2) getting your own way and; 3) having fun. At some point in Bond’s recent past writers decided to strip the script of features with appeal beyond fiction – and replace them with hyper-commercialism. So added to a rubbish story is now a mess of crappy phones and beers – and some of of my favorite brands have totally embarrassed themselves (Orlebar Brown and Drake’s have both used social media excessively to crow about product placement).

No, sorry, we’re finished. Our heroes have been captured by enemies much more dangerous than Soviet baddies or aliens. They are victims of deadly social justice culture: Superman’s son now protests the climate alongside Swedish activist friends of his partial lover “Jay Nakamura”. Batman’s once reliable sidekick is on a strict course of penicillin injections (the clap). Marvel creates a Nazi character based on Jordan Peterson, one of the only thinkers in the west prepared to tell the truth. What’s the point in making new heroes? Eventually they too will fall victim to this inherently jealous, greedy and destructive wave. It is a shame that the excellent Nobody, starring Bob Odenkirk, is a once-off – I spent a considerable part of a transatlantic flight two weeks ago in admiration at the sequence introducing the film’s villain:

No sooner was No Time to Die released than the methods and meanings employed by Ms. Waller-Bridge and co entrenched as the standard for future productions, whatever form “Bond” will take. So with the departure of the sell-out Daniel Craig, ladies and gentlemen, it is my considerable displeasure to announce the star of the next Bond: