London, and the World 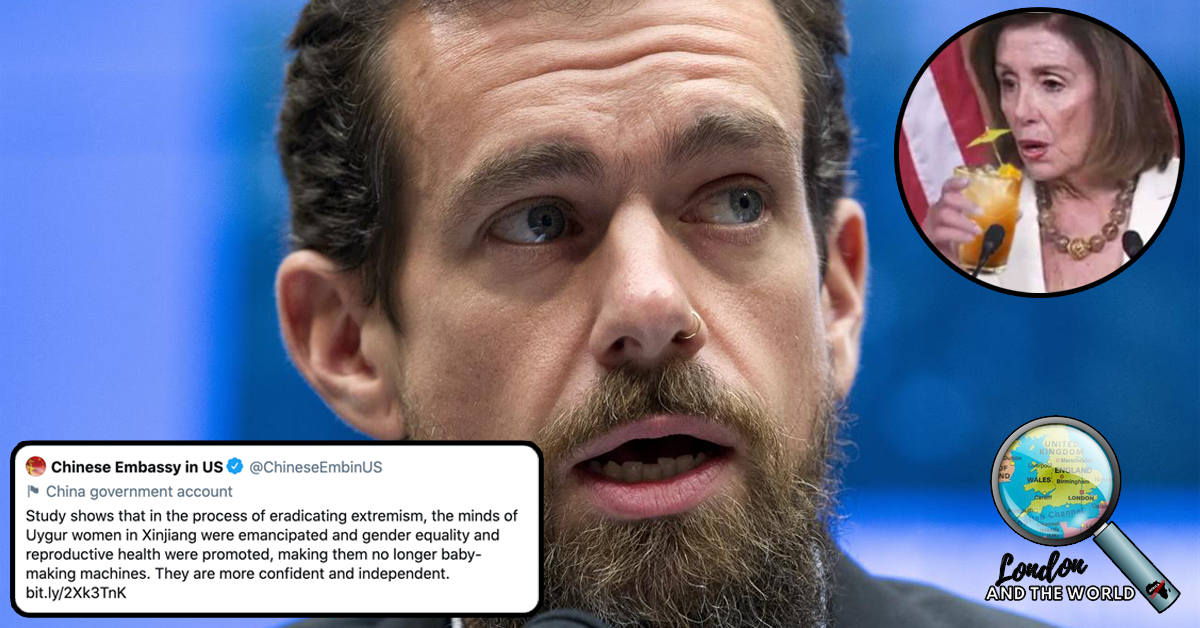 2021 went 6 days without incident before things got lively. Nancy Pelosi, insulated from summer’s riots by way of her husband’s $150m fortune, came face to face with winter’s version, downed 2 bottles of vodka under her desk (Tito’s) then tried to initiate a coup. The river barge casino captain in Donald Trump’s personality emerged; whilst there is legitimacy behind some claims of election fraud, Trump sadly approached this the same way he’s alleged to have shortchanged quantity surveyors or site managers in the past. As Dick Cheney once told Vanity Fair: “there are times a man cannot help what he is” (for mail fraud reference, see: Tower Hamlets and the removal of its mayor Luftur Rahman in 2015).

As for Twitter’s woketalitarian CEO, his meditation session somewhere in French Polynesia (“how to become a woman without the gender reassignment surgery”) was interrupted by screaming fund managers and other sensible people who wish to foie gras the neck of the greasy young bastard with red meat until he admits he doesn’t know what the hell he’s doing.

Of course the Chinese weren’t going to be left out. Their diplomatic station here announced that its sterilisation and brainwashing of Uyghur concentration camp interns has been a tremendous success.

The contradictions at the heart of last Wednesday’s events in Washington are least spoken. Firstly, you can’t celebrate protest only to squeal when your political opponents discover thatit also works for them. Syria’s Haffez al-Assad set the example here: blindsided and double crossed by Henry Kissinger, he invented what we describe today as suicide bombing – without considering the unintended consequences of its success (his son Bashar may be many, many things – but a cry-baby he is not). Secondly, if you’re going to lock people up and consign small business to a dumpster don’t get so touchy when they go all Ruprecht on you.

Sinister events have unfolded back in London.

Someone I know recently published some alternative commentary on the subject of lockdowns on a personal website, interrogating the wisdom behind the UK’s latest escapade. He was immediately confronted by a third-rate Cuckservative backbencher called Neil O’Brien, whose subsequent trolling resulted in this man receiving a death threat.

O’Brien is for the most part dull. He doesn’t speak particularly well and he appears slovenly (MPs who don’t bother to straighten their collars don’t bother with their constituents). Apparently he used to advise both Theresa May and George Osborne. Well done on that one.

In the same way that last year I worried we were going to have a big fight and now I worry that we aren’t; I used to think these kind of painful MPs would be the death of us – but now I think we have their number. Such is the grasping associated with people like this that the first casualty is self-awareness: scouring through user forums for a dopamine rush is a truly extraordinary thing – I miss those wonderful days when bald middle age MPs with three children were discovered in the bushes of Wandsworth Common tied up in leather with orange gag balls stuffed in their mouths.

I can only describe what I hear as madness, and the only thing it compares to is the aftermath of 2017’s impromptu general elections in the UK, when some fellow residents in the London shithole of Islington fessed up to voting for Jeremy Corbyn – then almost suffered nervous breakdowns when he nearly won.

Likewise here. “Joe’s just a useless old fraud,” a Democratic friend of mine remarked in Los Angeles, “thinks he can un-racist himself from the witch-hunt he led against (SCOTUS) Clarence Thomas – amongst others. He is a useless, useless man.” Still off-limits is the personal wealth he has accumulated, and of course, his business relationship with his son. He’s also joined a notorious group of people who’ve lied about their relationship with Nelson Mandela.

We’re going to have to invent a whole new media system soon – because everyone involved in the scandalous cover-up of these issues, and there must be thousands, has no right to ever be taken seriously again.

But this isn’t the end. You don’t raise children on a diet of very specific freedom – and then think you can yank it out just because Chairman Xi has in his possession many emails directly incriminating the 46th President. With America’s freedom, with its idea of it, has come absurdity too – and absurdity is a useful tool in confronting the unimaginative. Satire cooks the brains of the CCP; in this least likely of situations, I’m cautiously hopeful for the future.

2 thoughts on “London, and the World”