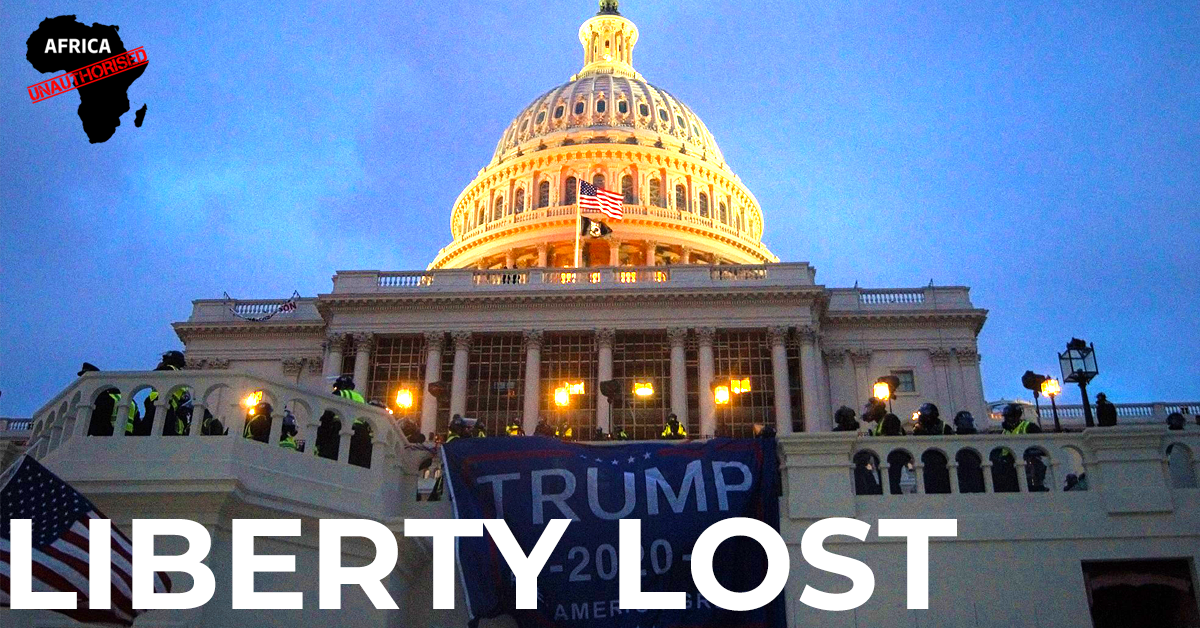 I suppose it has a lot to do with having lived in Africa all my life that I am so fearful of ‘big government’. This is where the State has a monopoly on knowing what is best for the individual and a massive bureaucracy and security apparatus rolls out emboldened with enormous powers. If the people in power were not so stupid and selfish this might have had a small chance of working but alas that is not the case. When the rulers believe they are the sole purveyors of the knowledge needed to live life it is really the end of freedom as I understand it.  True freedom is all about the rights of the individual to make the big choices in life; real oppression is having big government making those choices for the individual.

Right now it looks to me, that America is following the same path, so disastrously followed in most of Africa. The Corona pandemic has already provided one pretext for grabbing excessive power but as I write 10,000 soldiers (down from 25,000) are patrolling the streets of Washington DC in reaction to a perceived threat from ‘right-wing extremists’.

The focus is on a protest march that turned into an ugly assault by of a handful of idiots in silly hats who broke through a security codon and entered the congressional offices of the Capitol, including that of Speaker Nancy Pelosi. This reaction involving the deployment of thousands of soldiers smacks of extreme double-standards, bearing in mind the capital’s city council recently endorsed the BLM (Black Lives Matter) protests. Those riots claimed the lives of eight people, caused injuries to hundreds of policemen and billions of dollars in damage to property. History has taught us, politicians, seeking to hold absolute power, invariably do so by exploiting a perceived crisis; Hitler used the Reichstag fire to bludgeon his political opposition into submission. The Biden administration and its supporters are using a few ‘Rednecks’ for the same reason.

During the election, House Speaker Nancy Pelosi referred to Trump supporters, roughly 75 million of them, as ‘enemies of the State’. Presumably, the soldiers are there to let it be known that their existence is reason to believe a civil war beckons unless they recant. This sort of rhetoric is not unusual in dictatorship but shocking coming from one of the most powerful people in what most of us have long considered, the world’s greatest democracy.

A wave of censorship is sweeping the country with Facebook and Twitter having banned Donald Trump because he used the word ‘fight’ in a tweet to supporters and this is interpreted as an ‘incitement to violence’ triggering the second round of impeachment hearings. Trump is quickly silenced but not so someone like Nation of Islam leader Louis Farrakhan, a dyed in the wool racist who refers to whites as ‘devils’ and routinely incites his followers into taking an aggressive stance towards all those who don’t subscribe to his view of the world.

With the taking down of Parler by Jeff Bezos which was offered as an alternative platform all avenues of venturing alternative opinions are being blocked. The Bezos-owned, ‘Washington Post’ is calling for the expulsion of some Republican legislators, in order to prevent them passing ‘new criminal laws’. Jeff Zucker at CNN, who led the media campaign to destroy the Trump presidency, is leading a push to ban all cable networks that do not follow the received political wisdom regarding who should rule and how.

There is growing talk of the FBI being transformed from a law enforcement agency to a “domestic spy agency” monitoring Americans. This appears to be happening quicker than expected. Tucker Carlson has just reported on Fox News, the beginning of an era when the ruling party will be throwing its political opponents in jail while announcing the arrest of Doug Mackey a young journalist of conservative views who is facing 10 years in prison for making fun of Democratic politicians on social media. The criminal complaint reads, “Mackey made coordinated use of social media to spread disinformation …The disinformation spread by these individuals often took the form of memes.”

Under the new administration the fundamentals of political discourse are now under siege.  Simply questioning the validity of the last election results is being criminalised with an amendment being pushed to expel Republican Senators for asking too many questions about what might have happened during the process.

The people orchestrating this move to authoritarianism are the same people who routinely lecture the rest of the world on the importance of respecting basic human rights. Their favourite target over the Trump years was Vladimir Putin who was excoriated by the Democrats for allegedly behaving exactly as they are today. While Putin may be no angel, I suspect he has more popular support in his country today than Joe Biden has but this will not be made known.

Looking at what is happening in America today, I feel I have seen it all before so no surprises as to where this is headed. To his credit I suppose, Robert Mugabe was just a little ahead of the game.