Is Putin the Problem? 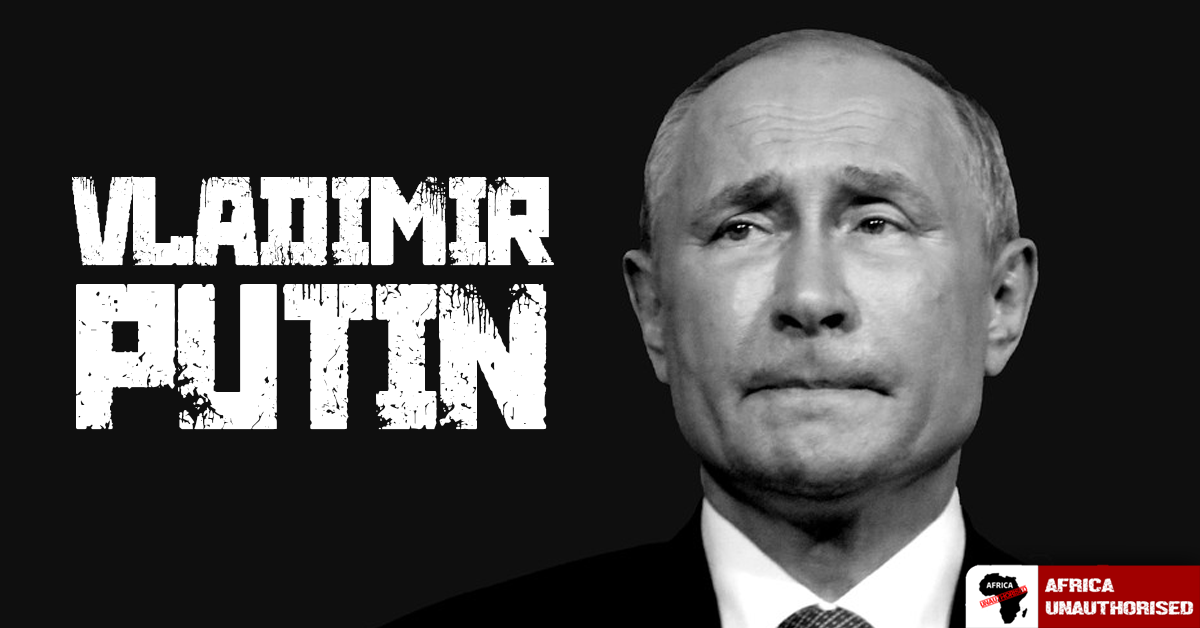 I honestly do not know if Vladimir Putin is a good guy or a bad guy. From most of what I read and most of what I hear, he is very much the latter and worse; ‘pure evil’ rolls off a lot of lips. Like the Obamas, the Blairs and the Clintons, he has also made himself rich through holding high office. Having said that, I have watched him handling the press and he might not be a ‘good’ guy, but he strikes me as a man of calm demeanour, a good listener, extremely well informed on history and current affairs, and seldom, if ever, have I heard him say anything that struck me as outrageous or ridiculously wrong. I cannot think of any ‘leaders of the free world’ I can say the same about. Joe Biden often seems unsure of the name of his vice-president.

Putin is being panned by the press but when I see people, particularly white, older, male, Christian, heterosexuals demonised by the ‘establishment’ media I am instantly wary because I have seen this before. As a young man I saw what happened to us in Rhodesia where no matter how hard most of us whites tried to conduct ourselves in a civilised and constructive way, and no matter how hard we pleaded for a fair hearing based on the facts, we were denied an audience and we were damned on the basis of maliciously perpetuated falsehoods. The majority of people were successfully persuaded we were a group of self-serving white racists deserving of elimination and this is pretty much what happened. This media-orchestrated contagion has now spread to Europe and America where the white populace are allowing their countries to implode around them, driven by a privileged, postmodernist woking-class bent on destroying their western culture and incredible heritage built over the past 2000 years.

In another arena, as the anti-Russia onslaught continues, I recall it was not long ago that the media, intelligence agencies and powerful politicians including Tony Blair and George Bush II, assured us that Iraq’s Saddam Hussein, who had been successfully portrayed as a genocidal maniac, was in possession of mountains of chemical weapons that would soon be used to extend his capacity to murder to countries further afar including the UK. This scared a lot of people and triggered a form of Mass Formation Psychosis in the West which was whipped up by the politicians and the stage was set for war. One world leader who disputed this allegation and argued against a violent intervention was Putin, but he was of course ignored. On the back of the big lie that the majority bought into, the US led an invasion that caused more deaths and more suffering than Saddam would have managed in his wildest dreams and created endemic instability in the region that exists to this day.

More recently we had the ‘Russia Collusion’ allegations foisted on the American people by the press. Simply put the message was quite clear; Putin, through cyber- warfare means, had manipulated the electoral system and was responsible for Trump winning the presidency. As a result the new, much loathed president was deemed to have won office illegitimately.

This was the pretext for unprecedented hostility from the media and the Democrats. For the duration of if his entire tenure in the Oval Office Trump daily endured contempt, media ordure and falsehood; hounded almost daily and eventually impeached as a result of these allegations, Trump inevitably fell at the last election.

We now know, beyond any reasonable doubt, that this entire ‘collusion’ story was a hoax and thanks to the Durham investigation we also now know that the Clinton campaign, with the knowledge of the FBI and the CIA (including Bill and Hilary themselves), illegally tapped into communications systems used by the Trump family and his official servers in the White House. Of course Trump knew what was going on at the time but when he tried to protest his innocence and accused the Clintons of spying on him, he was vilified as a serial liar.

So forgive me for my jaundiced view of what is unfolding on the borders of the Ukraine as Putin is again pilloried by politicians and the press who accuse him of wanton aggression visited upon a peaceful neighbourhood. The war-rhetoric out of Washington and London is at fever pitch. The arrogant British Foreign Secretary, Liz Truss, who confuses the Baltic with the Black Sea and appears unsure about what cities are within Russian territory, has been in belligerent mood. In Putin’s defence, his insistence that Russian security is threatened by the deployment of ballistic missiles in the Ukraine has been dismissed, and one can only ask if this is reasonable. One can only wonder what Washington’s response would be to a similar scenario unfolding in Mexico or Canada but there, different rules undoubtedly apply.

One can only speculate, but with the US military, recently defeated by a rag-tag mountain militia in Afghanistan, being led by ‘progressive’ admirals and generals more focused on Critical Race Theory, diversity, inclusivity and transgender rights, their dislike of Putin is certain. Putin believes in only two genders and rejects same sex marriage. His army is made up of tough guys unencumbered with having to attend diversity training classes who almost certainly have little fear of men attacking them in dresses.

If the media, Western politicians and their intelligence agencies are to be believed, Russia was supposed to invade on Wednesday 16th and possibly provide the spark for WWIII and Armageddon but headlines in UK newspapers were aimed at Prince Andrew’s out of court settlement with Virginia Roberts who has accused him of rape when he was consorting with the paedophile Jeffrey Epstein and his associate Ghislaine Maxwell. Something not quite right here?

Don’t say the Russians have no sense of humour; Russian Foreign Ministry spokeswoman Maria Zakharova has issued a statement asking that

“Bloomberg, The New York Times and The Sun media outlets… publish the schedule for our upcoming invasions for the year” to help her “plan my vacation” in response to the announcements of the February 16th invasion date. She also said “(this prediction) will go down in history as the day of the failure of Western war propaganda. Humiliated and destroyed without firing a shot.”

Once again, I am reminded how dangerous a reckless establishment media with an agenda is, particularly when influential world leaders are on the political ropes as we see in the UK and the US.

In Britain, Boris Johnson, thanks in no small part to his wife, is waiting to hear if he will be criminally charged with breaking his own lockdown rules. If he is, he will face strong demands for his resignation. In the US Joe Biden is being considered one of the most incompetent presidents in the history of the republic. With illegal immigrants streaming through his southern border, he is widely accused of paying more attention to Ukrainian sovereignty than his own. His popularity is at a record low.

Both desperately needs a distraction; with Covid losing some of its scare appeal, what better way than to start a nuclear war?

24 thoughts on “Is Putin the Problem?”