In African Politics Crime Sure Pays 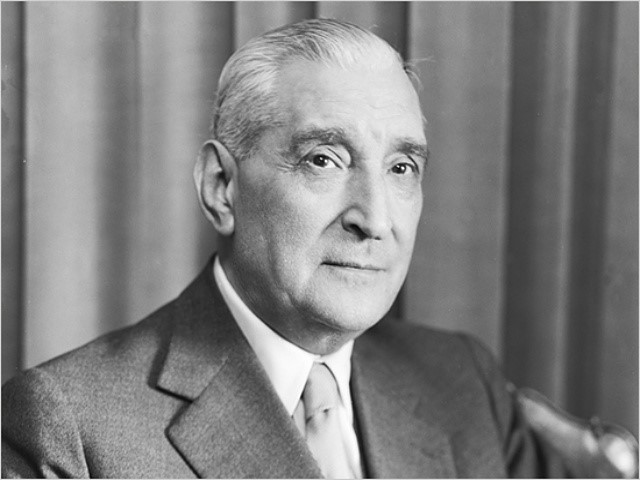 Reading Jacques Pauw’s explosive new book, “The Presidents Keepers” is depressing, enlightening and terrifying. The scale of corruption and state-sanctioned criminality in the Republic of South Africa is now completely out of control and it seems those responsible are unlikely ever to be held accountable. We may never know how much President Jacob Zuma has purloined from the public purse and we may never know exactly how many billions have been stolen or squandered on his watch but the numbers are outrageous. With virtually all the critical positions in law enforcement filled by his cronies a very fine constitution is reduced to worthless paper because the people required to convert words into action are absent.

In a recent television interview Mr Pauw was asked by one of the journalists present if the ANC government was as bad as the one led by the Afrikaner Nationalists. Mr Pauw said it was not really possible to make the comparison because the government that existed under white rule was ‘pure evil’. What he was saying was that nothing, no matter how bad or corrupt the ANC might be or become, could be as bad as the government that existed prior to 1994.

This got me thinking. I know Hendrik Verwoerd is condemned to the dustbin of history as one of the great villains of modern times but what would the world have said if he, like Zuma, his Zulu successor, had pleasured himself with ten concubines and sired dozens of bastard children all of who live luxurious lives courtesy of the country’s dwindling, hard toiling tax-payers? And what if Verwoerd had done little in office other than plunder, litigate (at the taxpayers expense of course) and destroy the country’s institutions?

Nasty brute, that the world believes he was, the late (murdered) prime minister was a man who expected little from the material world, conducted himself impeccably and did not rejoice in the trappings of power. He had no wish to prolong his tenure as prime minister and what he wanted for his retirement was a simple holiday cottage at Betty’s Bay on the south coast of South Africa. He set about building this very ordinary dwelling himself on weekends and holidays. A problem arose when it was made clear that he should be protected while on the property which troubled him as being a private man he did not want to be bothered by security personnel. When the authorities insisted that he accept protection he made it quite clear that if any structure on his privately-owned land was to be constructed to accommodate policemen it should be of a prefabricated, movable nature so that it could be removed when he was no longer a public servant and returned to the state. Of interest, unlike President Zuma, he also did not expect the taxpayer to finance a large swimming pool as an emergency facility to supply water in the event the house was threatened by fire.

Prime Minister John Vorster fell from grace as a result of a financial scandal but interestingly he was at no stage accused of being the beneficiary of any malfeasance. The issue at hand that brought down his government was the transfer, improperly of public funds from one government department to another in a failed bid to finance newspapers that would be less critical of what his government was trying to achieve.

South Africa’s first state president, C. R ‘Blackie’ Swart, was so fastidious in his determination not to misuse state resources, he insisted on checking his outgoing mail to make sure that all his personal correspondence carried postage stamps that he had purchased himself.

Rhodesian Prime Minister Ian Smith was considered an international outlaw and his country was attacked economically and militarily because his government resisted calls from Britain and the international community to summarily surrender power. He was accused of virtually every crime imaginable but it is noteworthy, he was never accused of personal enrichment or abuse of his office. A famously frugal man (of Scottish ancestry) he sometimes cycled to work and in the midst of a civil-war his security detail was normally not more than one individual armed with a pistol. PK van der Byl, a senior cabinet minister, actually covered much of the cost of his sanctions-busting trips to Europe from his own account because he was aware the country was strapped for hard currencies.

Robert Mugabe, the man Ian Smith, resisted, spent 37 years looting and destroying the country he inherited while murdering and brutalizing the citizenry. He was lauded for much of his political career as a revered African statesman and received a knighthood.

Antonio Salazar, Prime Minister of Portugal from 1932 to 1968, like most white politicians who wielded power and influence during the colonial era is remembered and reviled as a dictatorial racist and oppressor. He, was a committed Catholic and an unapologetic imperialist who believed very strongly that Portuguese rule was beneficial to Africa. This position earned him universal condemnation and introduced Portugal to pariah status in the international community. Six years after his tenure ended, his critics prevailed and a leftist-motivated military coup led to the hasty withdrawal of Portugal from its African territories opening the doors to the ‘liberation movement’ leaders and a smash and grab exercise that has gutted the former colonies.

Ignored by virtually all, Salazar was an extremely honest man, who lived simply and parsimoniously, leading an almost monastic lifestyle, who was beyond reproach in the way he wielded power. Never accused of self-enrichment he devoted his life to what he believed, was the best for Portugal and for the last European empire.

Following Portugal’s departure from the African stage, Isabel Dos Santos, daughter of the former president of Angola, has accumulated wealth making her the richest woman in Africa. The administration led by her father was a gargantuan kleptocracy that acquired notoriety for rampant corruption and brazen misappropriation of public funds. In Mozambique, similarly forsaken by the Portuguese, the new Frelimo administration, initially led by Samora Machel, immediately destroyed the economy they inherited in a matter of months and virtually all the country’s remaining wealth has accrued undeservedly to the ruling elite. This was what Salazar feared would transpire and it goes without saying, it would not have happened on his watch.

The point is, while these white politicians may indeed have been major players in the maintenance of ‘evil regimes’ they appear to have eschewed the opportunity to personally enrich themselves through holding high political office and one wonders if that does not say something about them as people and also as politicians. If they were not in politics for personal gain and they ran ‘evil’ administrations why did they do it? Was it because they were sadistic monsters who thrilled to being cruel to millions or did they actually believe what they were doing was right and in the best interests of the country’s they held sway over?

When one looks at the catastrophe that has unfolded in postcolonial Africa I believe it is fair to say that the primary reason for the untold misery that has been visited upon hundreds of millions of the continental population, is the failure of their leaders to act honestly and honourably in the exercise of their duties. The story of this period is one of untrammelled avarice, dishonesty, brutality and atrocious governance all of which stems from the fact that African politicians, almost without exception, find the notion that they should avoid using power to plunder, absolutely preposterous.

Lamentably, one has to conclude that in the modern political world, certainly in the African context, being an innately honest person is less of a blessing and more of a curse and maybe one of the reasons why we must resign ourselves to governance by criminals.

10 thoughts on “In African Politics Crime Sure Pays”