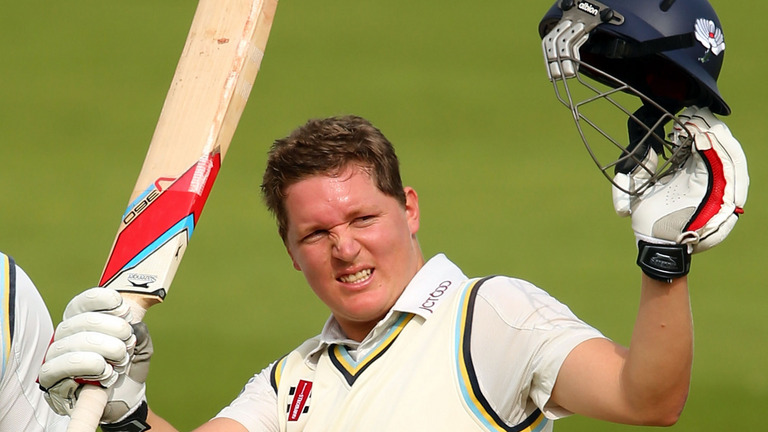 Hugh Ballance and his lethal ‘Rat-Trap’.

When Gary Ballance was picked to play for England there were rumblings about yet another ‘foreigner’ and questions were raised about his loyalty to his adopted country. Well, just as Gary rallied to the England cause on the field of play so did his grandfather in different and more deadly circumstances.

After finishing school at Milton College in Bulawayo in what was then Southern Rhodesia, Hugh Ballance joined the rush of young Rhodesians who volunteered from afar to fight for King and country. Such was the overwhelming response at the time some applicants were denied enlistment for fear the colony would collapse due to the exit of too many able-bodied males. Selected for the air force, he entered the Empire Air Training Scheme which had been set up in Rhodesia to provide safe airfields with good weather to train pilots.

Having won his wings he joined 266 Rhodesian Squadron and won the Distinguished Flying Cross. His citation reads: ‘This officer has completed many sorties on his second tour of operational duty, involving successful attacks on the enemy’s railway installations, mechanical transport, airfields and radar targets. He has displayed commendable skill and courage and throughout his devotion to duty has been unfailing.’

But in North Africa he received acclaim of a different sort. He and his fellow airmen were besieged by an army of rats. To the rescue came Hugh who invented a cunning trap made of spinning blades which turned the rodent tide and brought much appreciated relief of his companions. 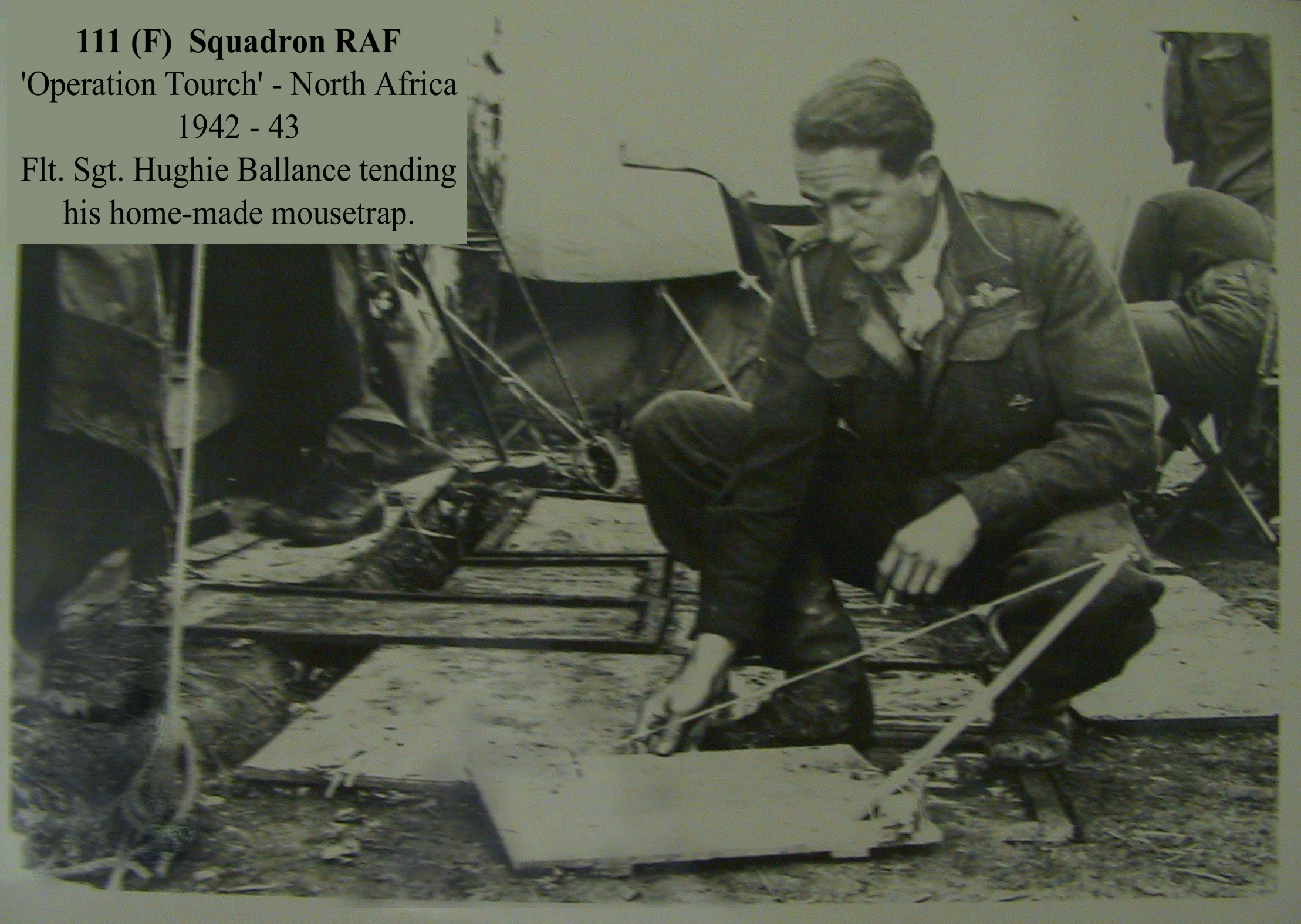 His war ended in extraordinary style. With the Germans retreating following the Normandy landings hostilities in France were drawing to a close.  Flying low in his Spitfire, and by his own admission, ‘showing off’ on the coast of Normandy, Hugh failed to spot a German fighter on his tail and was hit. He parachuted into the sea with his inflatable dinghy and was rescued some hours later but never fully explained why he was found wearing a dinner jacket.

Years after the war, strolling the stands at the Salisbury Agricultural Show Hugh was suddenly unnerved by the approach of a large man he instantly recognised.

‘This guy’s going to kill me’, he whispered to a friend. There was a silence then they hugged each other and went off for a beer. Later Hugh explained the man’s name was Bert Bryson, also a farmer and he had been in the same squadron. Upon a day Hugh asked him to fly his sortie for him because he had a ‘hot’ date. Bert obliged, was shot down and spent three years in a German POW Camp and Hugh had not seen him since!

After the war Hugh returned to Rhodesia with medals but no money and rode around the Eastern Districts on a bicycle looking for work. He was taken on by Gerald Timms as a farm manger in the Inyazura (now Nyazura) farming area near the town of Umtali.

Gerald had been a soldier in one of the first combat tank regiments deployed in WW1 and married a nurse he met during the hostilities before emigrating to Southern Rhodesia at the end of the war to go farming. Cricket already ran rich in the Timm’s family veins. His brother John ‘Jack’ Timms, an all-rounder, played for Northamptonshire as an amateur and professional and played in a Test Trial in 1932. Highly talented, many felt, but for the Second World War, he would have played for England.

Having saved enough, Hugh bought ‘Quagga’s Hook’ farm from Gerald, married his daughter Daphne and started growing tobacco. Simon, Gary’s father is the youngest of six children (four boys and two girls), all of whom were gifted sportsmen and women. Richard, the oldest, was a Nuffield (Rhodesia Schools) player in 1967.

Following Ian Smith’s declaration of UDI (Unilateral Declaration of Independence) in 1965 and the imposition of economic sanctions farmers throughout the country struggled with fuel rationing and the newly enforced block on trade. Never an Ian Smith supporter, Hugh and Daphne were highly respected within the community and hugely popular with the local Africans for their work in building clinics and schools and attending to the welfare of their employees.

With the intensification of the ‘Bush War’ in 1975 their security situation deteriorated drastically. During this time Hugh and the Ballance boys were mobilised for military duty. With Hugh absent much of the time, a manager was needed to help run the farm and look after the womenfolk but he was killed in 1979 in an enemy ambush riding to work on his motorbike. Romantically involved with Gary’s aunt Sally, Kenneth Hogg’s death was a telling blow to the family and the district community. This killing came only months after the murder of the Ballance neighbours, the Eksteens and close family friend Rose Hacking. Despite adversity weekend club cricket in Rusape and Umtali continued to thrive.

After the end of the war in 1980 Hugh and Daphne moved to Umtali(now Mutare) and brothers Tim and Gerald took over the family estate while Simon and his wife moved on to ‘Leigh-Farm’ close by a year after Gary was born in 1989.  Bruce and Dylan were born after Gary and all were schooled at Springvale near the farming town of Marondera.  At home, cricket with the children of the farm-workers became a favourite pastime.

The Mugabe-ordered ‘land-invasions’ commenced in 2000 and farmers throughout the country were forcibly displaced. Tim and Simon weathered the storm until the end of 2003 when they were forced to abandon their homes and lose their livelihoods. ‘Leigh-Farm’ was taken by a politically connected religious sect and has been completely destroyed.

After Springvale Gary went to Peterhouse and then Harrow for his last two school-years thanks to the help of his ‘Uncle’, former Zimbabwe cricket captain Dave Houghton. At the time he was really showing more promise as a leg-spinner then than as a bat and was picked for the Zimbabwe Under 19’s but with the future of  Zimbabwe Cricket uncertain he was reluctant to commit and turned to Dave Houghton who helped him get a contract with Yorkshire. There he started to find his feet there more as a bat than a bowler.

Most agree, that with Zimbabwe Cricket facing collapse as a result of corruption and maladministration to which the ICC has chosen to turn a blind eye, there was no future for Gary at home. Anyone who questions this boy’s commitment to his team and England fails to understand his history and his provenance.

Just why he should be considered ‘suspect’ when fellow player Moeen Ali has made it quite clear his primary loyalty at all times is to Islam, proudly explains he wears his beard as ‘a label’ and a ‘uniform’ and seems to consider all other obligations of secondary importance. Surely Ali’s commitment is the question that needs to be more carefully addressed.