Fighting for the Dream. R.W. Johnson 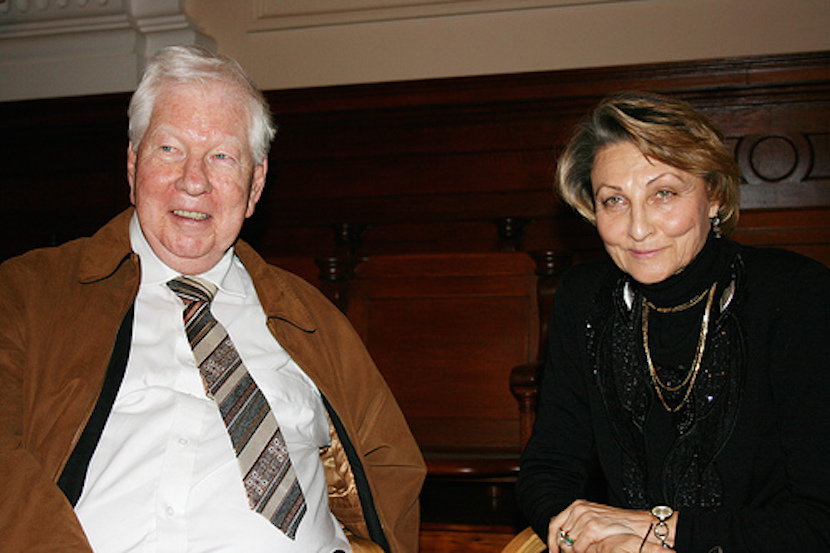 When people ask me about South Africa I normally try and quote something written by RW (known to his friends as Bill) Johnson or simply refer them to his literature. I believe, as far as South Africa is concerned, Mr Johnson is the pre-eminent political commentator of the day having been studying and writing about the country for 40 years. As an academic, his credentials are impeccable and he remains an emeritus fellow of Magdalen College, Oxford. As a liberal, he’s one of the few who has shown the courage to admit he might have got a few things wrong along the way. His latest publication, his 14th book, titled ‘Fighting for the Dream’, is essential reading for anyone wanting to know where South Africa finds itself, how it got here and what the future might hold.

Unfortunately, for those of us who care deeply about this country and its people, much of what one reads here is heart-breaking. We are reminded of the marvellous opportunity that was handed on a plate to Nelson Mandela and the ANC by the Afrikaner Nationalists in 1994 and then we are taken through the wilfully destructive process that began almost immediately and continues to this day.

The author goes into the gory details of how the country has been looted but as the rogues-gallery of ANC and bureaucratic miscreants grows I must confess I gave up trying to connect all the names to their positions, personal history and individual record of bad behaviour and scanned over some of the details because it’s a grinding litany of theft, fraud and brazen abuse of power that unfolds. Sadly, there are pitifully few like Mcebisi Jonas, from the ruling party stable who stand out for doing their duty and staying honest despite many opportunities to take the money and join their millionaire peers who chose the easy path to misbegotten wealth.

He goes on to explain the rump of the problem lies with a bloated, overpaid ‘bureaucratic bourgeoisie’ that consumes much of what is left when the politicians have finished at the trough. By 2018 the country employed 2.2 million civil servants and one of the most expensive civil-services in the world which Stephen Mulholland referred to as ‘the largest gravy train ever seen in Africa.’ And much of this is subsidised by a ridiculous 3% of the population who pay 80% of the income taxes collected. It is pointed out that most of these tax-payers are white and they are the targets of orchestrated exclusion which is driving them out the country and shrinking the tax base. There appears to be no end to the madness.

While being no admirer of the Afrikaner ruling class Johnson explains that in the 84 years from union in 1910, ‘… it built a formidable infrastructure, a developed economy and a series of powerful and efficient institutions – the Armed Forces, Eskom, Transnet (including a large railway and port system) the civil service, a strong police force, a highly developed water distribution system and much else besides.’ He praises successive governments for their ability to ensure, ‘… that individual or sectional interest within the ruling group were held in check and subordinated to a strong sense of national interest.’ He then contrasts this pattern of behaviour with the ANC which he describes as ‘… a political elite that is a mass of conflicting interests, no solidaristic sense of itself and, as night follows day little or no sense of the national interest.’ In short, despite it’s bluster about being the ‘party of the people’ the author goes into great detail to prove beyond any doubt that this is a ruling class that could not give a continental damn about anyone other than those that need to be kept happy at the taxpayer funded feeding trough. While they repeatedly refer to ‘our people’, he reminds us their leadership was quite prepared to sell the country to a family of criminal Indian immigrants

Mr. Johnson tries to explain why the ANC failed on its commitment to avoid making the same mistakes as the African nationalists had made elsewhere in Africa. Far from avoiding them he suggests the ANC have followed the script very closely. In trying to provide answers he dismisses out of hand claims that this behaviour is ‘due to defects in character or personality’ and then goes on to cite the success of Botswana as proof of his position but not much else to buttress the counter-argument.

Having painted an extremely depressing picture the author then urges us not to lose hope and proceeds to take us through the precise steps he believes need to be followed in order to reverse the descent into chaos and take the country back to being a place of peace and prosperity. All these processes make huge sense and on the face of it they are achievable but the reality of the present situation makes one wonder if there really is any chance of it happening.

Firstly, it will require the political will and that can only come if Ramaphosa breaks the strong shackles that bind him to a putrefying party and leads boldly from the front and this will take enormous courage and fortitude. But then, even if he does this, there is no escaping the fact the organs of state and SOE’s (State Owned Enterprises) are now almost bereft of people with the necessary skills and commitment required to turn the ship around. They are clogged up with corrupt incompetents who have a vested interest in the status quo, and even under the best leadership it’s very hard to see how this bureaucratic behemoth can be rapidly transformed into what is so desperately needed

The author’s summary is troubling: ‘This then is the drama that South Africa faces. For any liberal, communist or African nationalist, indeed for any democrat, the awful possibility now exists that majority rule – the goal so long fought for – will go down in history as a sad failure. That would not only give the verdict to the white-right but it would also seem to invalidate, or at least to mock, the popular struggles of the whole century. Such failure would not only have tragic repercussions for any sense of black pride and self-respect in South Africa; it would also have repercussions for black self-confidence and race relations right around the world.’

9 thoughts on “Fighting for the Dream. R.W. Johnson”