Afghanistan: the original ‘build back better’ 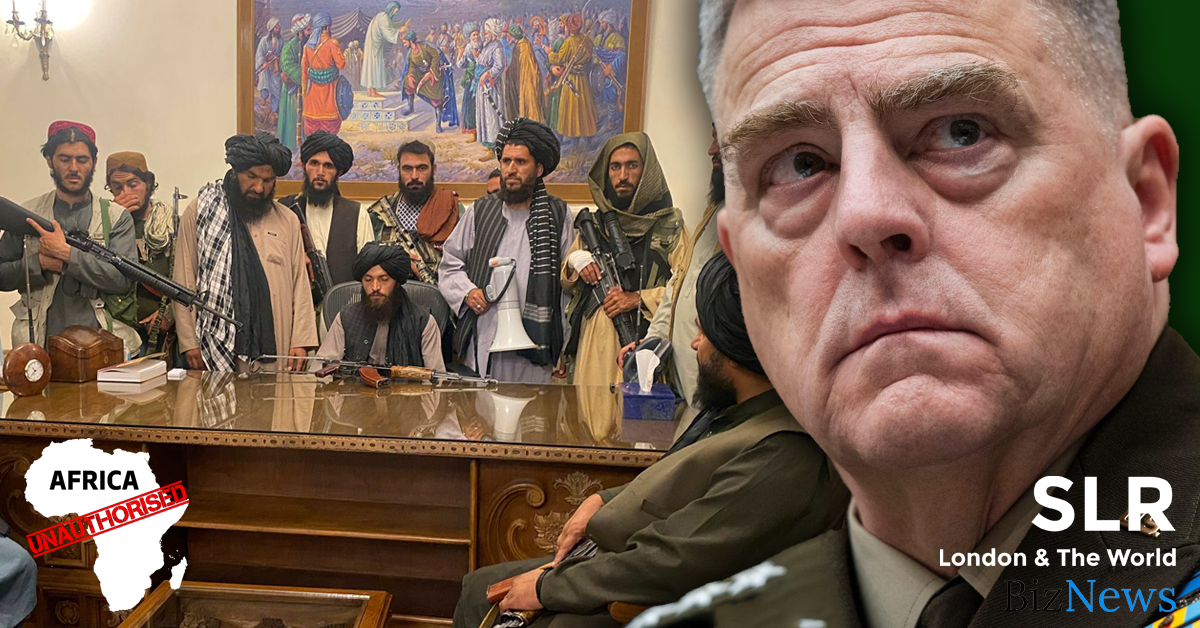 The Taliban are now in control of more of Afghanistan than they were two decades ago. Congratulations to Mark Milley and the rest of his woke generals. Helluva job this time.

FIERY WHITE HOUSE SPOKEx, Jen Psaki, has managed to stop the Taliban in its tracks as it descends upon Kabul, Afghanistan, the final city it needs to capture in the wake of the US military’s incredibly brave decision to flee the country in the dark of night without telling anyone. “The Taliban,” Psaki mused philosophically during the latest crisis press briefing, “needs to ask itself: what kind of organisation do we want to be?”

Word about Psaki got out and a meeting between religious elders was immediately convened – with McKinsey even despatching a delegation of “fact finders”. The meeting revealed that the leadership group is split: there are the traditionalists, many of whom have been especially trained to deal with women found behind the wheel of a car, and then there are the progressives, who reluctantly admit that although Psaki frequently embarrasses herself, she might be onto something here. So the progressives have recommended all Taliban leaders begin unconscious bias training in Q1 3089, and that gender identity and critical race theory are included in every single school’s curriculum for year academic year 3090. But McKinsey’s own suggestion of creating a special flag for the month of June each year was dismissed out of hand and the functionary who made it has gone missing. One of the progressives remarked: “McKinsey themselves only did that to divert attention away from its predatory activities in South Africa.”

The Taliban remains extremely cross with America for not providing as much protection to its opium farmers as it promised it would. But some amongst the progressives are mildly optimistic: “We think we may have identified common ground,” they claimed. “We note that the Biden administration is, in the favourite word of Bill and Hillary Clinton’s beautiful daughter Chelsea, ‘inspired’ by the far-left radicals who jumped-started its chances of electoral success, particularly on the night of November 3rd 2020, and we believe we can appeal to these forces in one area of mutual interest: lowering the age of consent. The people we wish to broker talks are old Labour Party members from the UK, or ‘nonces’ as infidels so rudely describe them, and we wish for them to be released from their current prison sentences to head negotiations.”

In terms of wider foreign policy, the people who absolutely under no circumstances definitely did not have anything to do with the suppression of a laboratory leak in Wuhan, the Chinese Communist Party, have announced they are ready to recognise the Taliban as the legitimate government of Afghanistan. Thanks for that, the Taliban responded, but we’d like to address the issue of your treatment of Uyghur Muslims, which every single other country in the entire world, particularly that soon-to-be-obscure island in the southwest Pacific, New Xiland, led by that gobby little horseface has been too shit scared to confront you on. By the way, nice economic-zone-passage-thing you’ve created with Pakistan. Would be a shame were something to happen to it.

Ladies and gentlemen, here we are on a Sunday morning, inches away from stupidity’s crescendo. Invade the very country whose militias you once funded, open up a few Starbucks, explain to the locals that men can now get pregnant too – then sit back and bask in the glory of “western democracy”. Don’t expect any contrition: the neocons who started this mess are extremely angry with Donald Trump’s tweets, and the neoliberals who supported it are now executives in American prestige media. Joe Biden’s already limited capacity short-circuited a few hours ago and his deputy, incompetent though she may be, is not incompetent enough to open her mouth now. So the next time Anthony Fauci or Bill Gates or Greta Thunberg or some creepy Open Society identity scolds you for asking questions about the current state of the world, don’t forget to remind them that Vietnam, Iraq and Afghanistan were the original ‘build back better’.