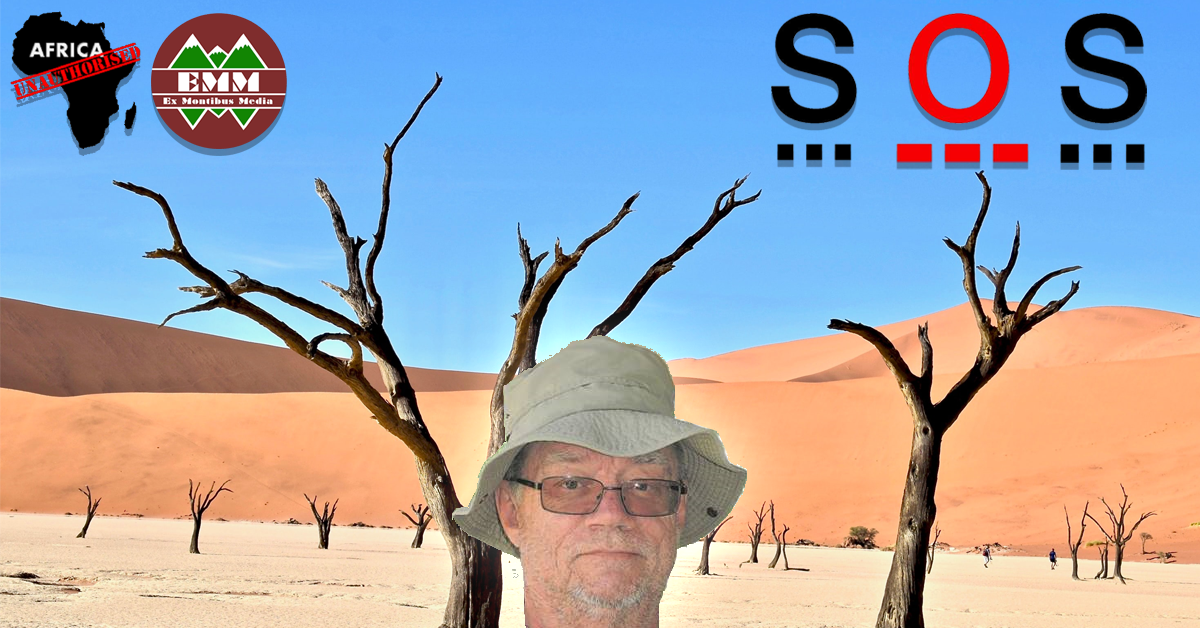 Greetings my fellow hot South Africans and others

Do we really have spring in South Africa?

You know, that period of about 2 months where we celebrate surviving winter while smelling the roses, drinking chilled wine, being able to tan, swim in the rivers and still slip a blanket over one’s body at night? Certainly not in the Kalahari where we went from -3 and 10 degrees celcius just two weeks ago to two heat waves following each other this last week where temps went over the 40 degrees celcius mark. And we slipped not only the blanket off the bed but the sheets, cats, dogs and children too. One good thing about heat waves – the washing dries on the clothes line in about 25 minutes. No kidding. Drink a litre of water in about the same time too.

Which brings me to the first point this very hot Sunday in October – suicide month they called October in colonial Southern Rhodesia. These days every month appears to be suicide month up north. Starting to look the same south of the Limpopo river too for that matter.

Anyway, our wonderful municipality, who I believe is still under some sort of financial control from government, and whose council only meets once a year to pass the councillor’s massive salary increase, decided in their infinite wisdom to once again cut our water off for a few days. This municipality, named after the seriously brilliant Sol Plaatje who can only be turning in his grave, does this in October and November EVERY year. It has become an annual event to look forward to. Similar to the annual no Christmas Lights in town celebration. Need to save that money to pay the annual increases for the 65 councillors.

This year, as is usual, is to repair the two massive pipes that carry the water from the Vaal river to the Kimberley reservoirs. There are eight serious leaks. The water will be switched off on Thursday at 18h00 and will be back on again Saturday afternoon – yesterday. Yeah, right. It’s Sunday afternoon and the water is merely trickling out. There will be an announcement shortly that the water shall be switched off at night, this lasting for several weeks, to allow the reservoirs to fill up. We, the tax and rate paying citizens, shall be scolded for using and wasting too much water and the price shall go up because the council is making zero money because of the water cuts and restrictions.

And this is every year for the last seven years. The worst was twelve days with no water. No one had jojo tanks in those early no-water days so it was a nightmare for everyone. Can you imagine no water for twelve days? The aroma was simply stunning, and that was just from us humans! There was not even a bucket system to fall back on (or into) for the sewerage. That too was a glorious aroma.

One thing it does appear they will not do is build new reservoirs – which is the only way to solve our crisis every October and November. Will not get a salary increase if we spend money on infrastructure.

That was the first point.

The second point is simple. One of the dedicated 13 readers of this column was delighted last week that neither the virus not Brexit was mentioned. Me too, believe me. I have never written about Brexit and never shall but sadly this virus thingie does interfere with tourism and thus with my life and livelihood. So although I do try very hard to not write about the virus itself I do go off on the tourism tangent – often. That was the second point – trying not to write about Brexit and virus. Now for the third point, tourism in my village which has no water. Well, there are no tourists either to note that there is no water which is the only bit of good news on the tourism front. The rest is bad stuff. Like it has been all year.

The tourists that used to come to Kimberley and immediate region came for the diamond history mostly and for clique markets like battlefields, rock art/petroglyphs, genealogical interests, art, IDB, etc. But 90% came for the history regarding the discovery of diamonds and the period shortly thereafter. Most of these tourists visiting Kimberley came from the UK, Europe, the USA, Australia, NZ, Canada, and Japan. And, as you well know it, visitors from most of these countries are not welcome at the moment and probably will not be until the middle of next year. Therefore zero tourists for Kimberley other than local South Africans but sadly I have not seen any marketing done by the ‘authorities’ in bringing locals to this area. Remember too that the personnel employed by the authorities have been paid every month during this economic crisis. Lovely life.

The fourth and final point for today is about a trip I did to the dorp named Jacobsdal in the Free State province. This was yesterday (Saturday) and was a morning tour of the town that had the dubious honour of being the first Orange Free State town captured by the British in 1900, this during the Anglo-Boer War. The day was hot, the walking was brisk and some of us had a quiet beverage or two while walking around. Not me, I had to talk. It was a marketing-tourism-in-the-region morning and was reasonably well attended. The village had two battles in its streets – on the 14 and 15 February 1900 and on 25 October 1900 – the latter date being exactly 120 years ago today when the Cape Town Highlanders suffered heavy casualties. It was also the town where General Koos de la Rey’s son Adaan died in the hospital from wounds received at the battle of Modder River (28 November 1899). The local Dutch Reformed Church (NGK) was the temporary hospital. There is a lot more, of course, to the history of Jacobsdal, but a paragraph or two shall suffice. I do not want the most of the few readers to nod off…

Oh yes, there is a final point. A minor one but nevertheless, a point. Sunday lasts from 00h01 to 23h59 so am blessed that I can in fact on occasion write this column during the Sunday and get it posted before midnight the same day.

4 thoughts on “SOS – Steve On Sunday”