With the world in a state of high dudgeon over BLM (Black Lives Matter), the alleged ongoing, debilitating effects of white supremacy and the crime of colonialism, RW Johnson’s most recent article where he laments the polarisation of South Africa, is pertinent:

“As whites look around at all the dysfunctional institutions, the water and electricity shortages, the bankrupt airline, the railways under administration and the bankrupt municipalities they feel angry at what the ANC has done to a country handed to them on a plate in good working order.”

Against this background, in the search for something more pleasurable and relaxing to read I turned to Jonathan Waters’ excellent illustrated history of the great Kariba Dam titled;  Kariba; Legacy of a Vision.

Regrettably, I have found only partial relief.  Reading it is also a salient reminder of what actually transpired but too few will ever know this. And what a terrible pity, because if they did, any open minded reader would have a more balanced and empathetic attitude to the whites who ventured into Africa, what they strove to achieve, and the colonial era in general.

The European side of the saga starts with the Scottish explorer and missionary, David Livingstone, who was the first person to bring the name Kariba and description of the gorge to world attention in 1860 in a letter written from Tete in what was then Portuguese East Africa.  The next record of a visit to the area was courtesy of hunter-explorer, Frederick Courteney Selous, in 1877. Interestingly, he noted he saw nothing but old woman, the young ones having all been carried off by fellow blacks and sold to East Coast Arab slavers. (This is the slavery we are never told about because no whites were involved.)

The first man to view the gorge and consider its potential as a source of hydroelectric power was the Native Commissioner of the Lomagundi district, Herbert Keigwin, who marvelled at the power of the Zambezi tearing through a narrow gorge only slighter wider in distance than, “the throw of a cricket ball.”

During the 1920’s and 30’s the only resident whites were the Greek desperados, Demetri and Nicholas Vlahakis, who had fled up the Zambezi from neigbouring Mozambique to hunt and trade. Nicolas died of his wounds after a mauling from a lion. These brothers went on to sire progeny that have established a family clan that has played an important part in events in Northern Rhodesia and later Zambia. 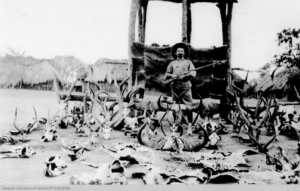 Demetri Vlahakis with some of his trophies.

We learn it was while war raged in Europe that the Chief Engineer of the Rhodesian Electricity Supply Commission, Mr. AB Cowen, dispatched rail engineer JLS Jeffares to look at the power generation possibilities and thereby laid the groundwork for what was to come. Jeffares is remembered as “.. the father of the scheme”. In a sense he and his team of experts were ahead of their time as environmentalists, pointing out hydro power would save the two colonies of Northern and Southern Rhodesia the burning of 1,000,000 tons of coal a year.

But, while there was unanimity at the technocratic level there was dissension in the political ranks about cost and whether or not the Kafue Gorge to the north, was a better and more affordable option.

Into the fray stepped the formidable figure of the Federal Prime Minister, Sir Godfrey Huggins (later Lord Malvern), who was determined to build the dam on the Zambezi in the belief it would provide a massive boost to economic growth and cement the union of North and South Rhodesia, which would lead to a prosperous and powerful polity in southern Africa.

Huggins won the day and on Tuesday, March 1st 1955, the Federal Parliament ratified a decision to proceed with the first stage of Kariba at a cost of $54,000,000. The International Bank loan then raised was the largest ever made and a daunting sum for so young a country, but the politicians and civil-servants of the day of the day were clearly visionaries and doers.

Once the green-light flashed it was action, and despite two devastating floods that hurled unprecedented volumes of water at the structures, much as the indigenous BaTonga people had predicted, the wall was completed ahead of schedule. Thanks to the decisiveness of the Rhodesians, Engineer Andre Coyne noted: “In 1955 I was advising on Aswan (on the Nile) and Kariba dams. They are still talking about Aswan, while we have built Kariba.”

Sadly ironic, but in the same year that British PM Harold Macmillan delivered his epochal ‘Wind of Change’ speech, the Queen Mother declared the wall and turbines open on the 17th May 1960.  Little did the Rhodesians realise, but the curtain was being lowered just as they were starting the show.

What struck me in the reading was here, a little over 60 years after the arrival of the first white settlers in the territory, lay before the assembled dignitaries and guests, the largest man-made water reservoir in history. Thus a wild land, sparsely populated by primitive people who lived indigent, Iron Age lives in perpetual fear of marauding tribes, was, in a feat unequalled in history, possessed of virtually all the attributes of a developed country, ready to grow rapidly to the benefit of all its citizens. But it was not to be.

Macmillan was right: bigger powers and influential people in far-flung places were, for reasons predicated on a sense of ‘white guilt’ about colonials like the people who had just built this wall,  preparing to nip this burgeoning success story in the bud. What lay ahead for the Rhodesians, was not peace and prosperity, but sanctions and war.

The enemies of progress succeeded unfortunately, and in 1980 they cheered. In the following four decades, I do not know of a single dam built by the government of the day in what became known as Zimbabwe.

As Mr. Johnson explains above is happening in South Africa, along with the economy, the entire infrastructure of the country has totally collapsed to the point people living today in Kariba town struggle to obtain piped water for their daily needs. The people of Harare, the capital city, have not had piped water for over 10 years despite full dams nearby built by the expelled colonialists. Here endeth the lesson.  Here endeth civilisation in Africa.

Having overcome my anger, I have settled back to enjoy this beautifully illustrated, fascinating account of the tumultuous events surrounding the construction of the dam and the aftermath.

Of particular interest, ‘Operation Noah’, managed by Rupert Fothergill, which might have been the biggest wildlife rescue in history; to the stories about the wonderful characters who have populated the shores of this man-made phenomenon which has brought so much joy to so many people in so many different ways.

Hats off to Jonathan and the good people who helped him compile this wonderful testament to human endeavour and persistence in the face of seemingly impossible adversity.

For the multitude of people who have savoured the sights and sounds of this beautiful place, this book will be enjoyed and cherished. 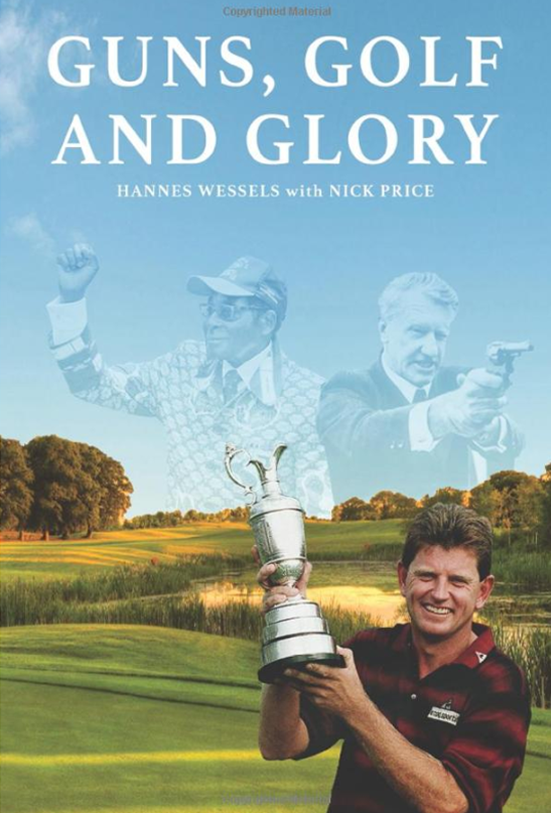