In 1900, soon after the Europeans arrived in what is now Zimbabwe there were few elephant recorded south of the Zambezi as a result of the once fourishing ivory trade and the human population was roughly 300,000. With the arrival of the colonists, the establishment of the rule of law, the cessation of tribal wars and the introduction of Western medicine that figure is now around 14,000,000.

The new settlers also implemented strict conservation rules that provided much needed protection to threatened species. The shooting of elephant, at one time, required the consent of the territory’s Governor. Today, across southern Africa there are over 200,000 elephant in the region and the numbers are rising, making the sub-continent home to roughly 85% of the continental population. This number is unquestionably, unsustainable and has to be reduced.

Elsewhere in Africa elephants have been placed under enormous pressure with the rising demand for ivory and their very survival in some countries is seriously threatened. These countries should be viewed through a different lense but unfortunately, the West has little comprehension of the scale of the issues that need to be addressed in Africa, the politics in play, the dynamics of the conservation challenge, the geography, the size of areas, type of landscapes, population pressures and attitudes of populations affected by wildlife.

Driving the movement to stop all forms of hunting which goes some way to alleviating the crisis, is the mood amongst the majority that killing sentient animals such as elephant and lion is morally indefensible and therefore unequivocally wrong. Sadly, too many of the anti-hunters mistakenly believe the wildlife range is endless and there is ample room to accommodate the animals but this is not so. Ironically, while the anti-hunting brigade is anti-colonial, it is many cases, the remnants of the colonial era who understand best the nature of the problem and have the greatest empathy for the struggling people and animals. But few of these who so smugly believe they hold the moral high ground trouble themselves with the fact that people and other forms of life will certainly suffer and often die for their beliefs.

Rogue elephant threaten livelihoods and indeed lives in rural communities, particularly when the animals are under pressure through lack of water and food. And no living being, bar man, is more capable of altering and damaging the natural environment it finds itself in, than elephants and this is very often deterimental to the welfare of other forms of fauna and flora. In this context, an incontrovertible fact governing successful conservation programs in Africa is the support of the local communities for initiatives is essential; when they are alienated all is lost.

As a result of people rushing to judgement based almost purely on emotions and a dysfuntional moral compass, the political pressure to ban all forms of hunting grows daily and Boris Johnson, under pressure from his girl-friend among many others, has recently been swung to the cause. Donald Trump may soon follow suit.  All this flies in the face of the fact that one of the biggest conservation successes on the continent has occurred in South Africa and much of this through revenue generated from commercial hunting. Against this backdrop, reports from western Zimbabwe are disturbing for some but will probably bring cheer to the above-mentioned ‘moral majority’.

Exacerbating the problem in Hwange and surrounding wildlife areas is the closure of hunting in Botswana which brought jubilation to ‘Greens’, ‘environmentalists’, ‘Cecil the Lion’ fanatics and the massive world-wide anti-hunting coalition. Most of these concessions are at best marginal if not completely non-viable for photographic tourism so there is no alternative option to generate revenue for the affected communities.

What these groups prefer to ignore is the fact that when the hunting companies were forced to vacate their areas they left a void which, sadly has not been filled by the raucous mob who motivated for their expulsion. While the hunters were in situ they ran effective anti-poaching operations, interacted with the local communities providing them with meat and money, and in most cases, they operated boreholes to provide supplementary water in the dry seasons. The game-scouts are now absent, the people are impoverished, angry and in some cases besieged by hungry elephants, and the water-holes are dry. Aerial reports from these abandoned concessions indicate all species, including large cats have died slow deaths from thirst and snaring. With the exodus of large herds from Botswana some estimates put the present elephant population of the Hwange Park at 50,000.

Then Ranger (subsequently Warden) Ron Thompson of the Department of National Parks and Wildlife, reports the population in 1960 was accurately estimated at 3,500 and habitat destruction was happening at an unacceptable rate. Culling commenced in 1965 and between then and 1988, 44,500 elephant were shot countywide, most on culls with a relatively small number taken on hunting safaris.

Even with culling operations onging the country’s population continued to grow. It is now over 20 years and apart from the small number of animals shot on trophy hunts the number of elephant in the country is way beyond sustainability and with the rocketing human population an environmental catstrophe is unfolding. Humans and animals are suffering.

Not that these loudmouths will care to know about it because their ‘virtue-signalling’ is done; they offer no credible, alternative solutions to preventing a tragedy but that is of little consequence to them. 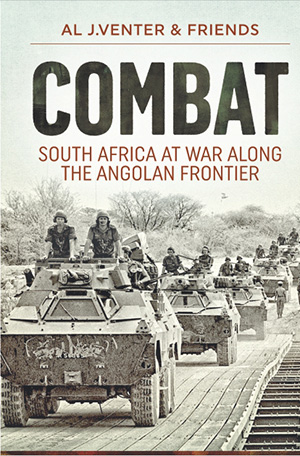