David Coltart is a man who I have long held in high regard. Courageous and principled, he has been at the fore in the dangerous struggle for meaningful change in Zimbabwe and all of us who want better for Zimbabwe are indebted to him. However, reading his account of events in the country and his opinion of what went wrong in Rhodesia I must beg to differ and here are some of the reasons.

The title, ‘THE STRUGGLE CONTINUES, 50 Years of Tyranny in Zimbabwe’ sets the tone of his position immediately in that it signals his view that Ian Smith, like Mugabe was a ‘tyrant’. Incidentally, Smith the ‘tyrant’, be reminded dear reader, fought real tyranny as a fighter pilot in WW II so I assume it’s safe to say he was only later transformed into the noxious individual we learn about in the book.

In my understanding a tyrant rules with brutality and cruelty, lacks any right to rule and generally craves power for selfish ends which almost always includes the amassing of personal wealth at the expense of the populace. I knew the man well and simply don’t accept Ian Smith was a cruel man or that he ever craved power for his own ends. On the contrary, I believe he cared very sincerely about his people and to his dying day he was anxiously looking for ways to save his countrymen from the hardships of life under true tyranny. Interestingly, one of his early speeches as a young parliamentarian was on behalf of African women who, he believed, were cruelly disposed of by their fathers who sold them into a form of sexual slavery with the highest bidder succeeding under the ‘lobola’ system. He found this repugnant and sought to soften it but was advised the practice was too deep-rooted in African culture to be interfered with.

Tyrants are invariably loathed by the majority of their subjects and this appears true in the case of Robert Mugabe who travels, (on those rare occasions when he travels by road) with a cavalcade that includes armoured vehicles, troop carriers and sometimes air-support. This is because he fears the wrath of the people he has misgoverned. In office, Ian Smith, on occasion went to work unaccompanied on a bicycle. When by car, he liked to drive himself. His security was often little more than a single bodyguard carrying a pistol. This was the lifestyle of a man who held no fear of his people and that was because he knew the majority, while they may not have agreed with him, respected him. One of his last conversations with Mugabe was a challenge to him to walk the streets of Harare with him without protection. He never heard from Mugabe again. In his dotage he told me he was becoming a tad reluctant to visit the shops because he was finding being mobbed by the Africans a little overwhelming and physically daunting.

In the course of the narrative the author speaks justifiably highly of the African policemen with whom he served and refers to their courage, competence and loyalty. These men, unlike the author, were volunteers, not conscripts and they provided roughly 70% of the manpower for the country’s armed forces. Why would all these good Africans have volunteered to serve a tyrant one must ask.

While David and most of the world disapproved of what he stood for Ian Smith did not use power to enrich himself. He was a frugal man who loved the simple pleasures that life offers. He loved his wife, he was a devoted father and step-father, he loved sport and he loved his country. He treated his personal African staff with decency, kindness and respect and most served him with devotion. Not even his most outspoken critics, and that includes Mugabe, have ever accused him of corruption. Nor for that matter, have they accused him of running an incompetent administration. Rhodesia was, most agree, the best governed country in Africa and one of the best governed countries in the world. David alludes to the fact that this excellence in governance was ‘efficient .. for whites at least’. This is not true, the country ran efficiently in the interests of all which explains the massive population growth that occurred under European rule.

Tyrants also don’t relinquish power easily; Ian Smith did. Coltart blames Smith for the failure of the ‘Tiger’ and ‘Fearless’ talks. Harold Wilson, we are led to believe, was the voice of reason, Smith the reckless extremist. We now know Harold Wilson, if not a full Soviet agent, was certainly in the thrall of the Soviets and his Labour Party was in receipt of strong support from the Kremlin so Wilson’s credibility and real intentions, at this juncture is worthy of closer scrutiny. What we are also not told is that Smith’s big problem with the Wilson terms was he did not trust the British leader on his demand that Rhodesia return to legality through an interim transfer of power that would have seen a British governor take temporary power. Smith did not trust the British to honour their commitments in the event they took back direct control of the country. His exact fears were realised fifteen years later when Soames took over from Muzorewa and reneged on virtually everything agreed at Lancaster House leading to Mugabe taking power.

Later, in 1972, Smith was happy to surrender power on terms agreed with Alec Douglas-Home. This process was derailed through no fault of the Rhodesian premier’s despite the writer’s assertion that the ‘RF did much to scupper its acceptance’. David gives us no indication of what the RF did in this regard and in my recollection Smith was very anxious to get the ‘Pearce Commission’ on the ground and running before the agreement was derailed by radicals looking for a more extreme solution.

In 1974 he acceded to John Vorster’s misguided ‘Détente’ initiative aimed at ‘majority rule’ and he agreed to the power transfer foisted on him by Kissinger in 1976. These initiatives came to nought through no fault of Ian Smith’s. He then organised a democratic transfer of power to Bishop Abel Muzorewa in 1979 in probably the only free election ever held in the country. If this is a tyrant in play then David and I have different dictionaries.

David repeatedly lauds former premier Garfield Todd as a visionary who was an early and committed Mugabe supporter. We are reminded that Todd admonished the Europeans for being ‘fear-ridden neurotics’. Well yes he’s right, many Europeans were indeed afraid that power might be transferred to a despot and it looks like they were right and Todd was wrong. Unsurprisingly, David chooses to ignore that. He recalls with a measure of contempt Smith’s reference in his UDI speech to the battle against the ‘forces of evil’. Well again, I must ask the author if Smith was right or wrong when we look at what has transpired. Or would he suggest the incumbents are a ‘force for good’?

We are also repeatedly referred to Ken Flower as another man of ‘moderation’ in contrast to the ‘immoderation’ repeatedly reserved to describe Smith. Well, we now know, almost beyond any doubt, that Ken Flower was a traitor working to undermine the government he swore to serve who was tasked by his Whitehall and Intelligence masters with the tricky task of manipulating events to chart a course that would see Mugabe acquire power. A cunning, capable and convincing operative the British chose their sleuth well and his success in this mission has visited misery on millions.

Covering the war years David leads the reader to believe both sides were equally guilty of egregious misconduct and of committing atrocities. Again, I believe this is a gross distortion of the truth. As an RLI trooper I remember clearly, a corporal being charged for purloining a transistor radio following a contact when a village accommodating the enemy was attacked in the course of a ‘Fire-Force’ operation. The villagers had been providing succour to the enemy but this was not considered an acceptable justification for looting and the man was reduced in rank as punishment. Such were the strictures in play within a fighting battalion that acquired renown for aggression leading to the elimination of many of the enemy but prided itself on professionalism. While I have no doubt there were acts of brutality in the field perpetrated by Rhodesian soldiers I think it is fair to say the security forces of the day conducted themselves with restraint in with regard to the civilians caught in the crunch of war. This was certainly not the case with the enemy which, history clearly shows, attacked far more civilian targets than military ones.

While I was dismayed by what I read in the above regard I know I’m but one of a tiny minority who lived through the same time and in the same place, who also remembers all too clearly what happened. For the vast majority, particularly that legion of liberals around the world who worked so assiduously to end European rule this book will have come as a huge relief. Most of them have gone quiet of late having run out of excuses and any remotely cogent defence of their earlier endeavours. David has given them something to cheer about even if it’s based on distortions and selective reporting but these days, let’s face it nobody cares as long as we can sit back and blame the ‘usual suspects’; that’s the Europeans and their ‘tyrannical’ leaders. 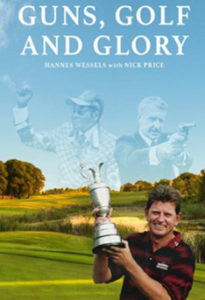